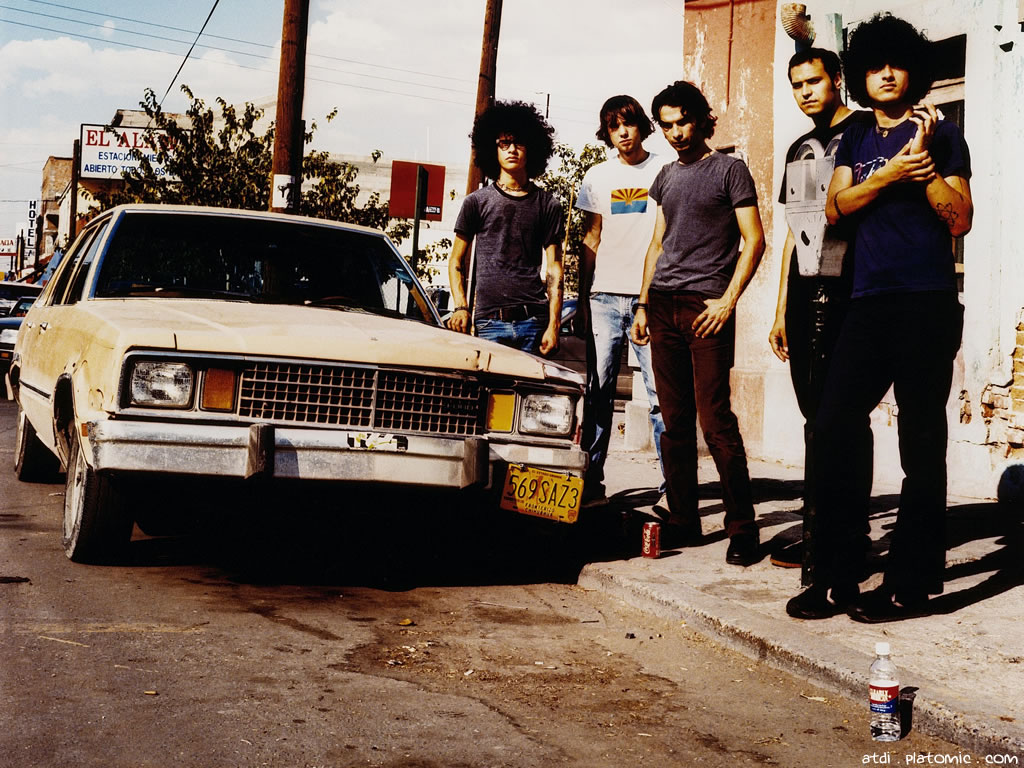 At the Drive-In – Relationship of Command (2000) Review You better get the Japanese Bonus Tracks CD, because if you don’t… Well… You’re getting it.

Relationship of Command, At the Drive-In’s last album, is by far their best. It’s heavier, it’s melodies and bass/guitar riffs are incredible, the musical variety is brilliant, and Cedric’s voice is a lot better than in previous albums. Furthermore; it’s got great musicality, and the guitar, bass and drums blend exceptionally well, creating a rocking crescendo of mad noise, worked into an unbelievably awesome composition: with Cedric screaming over the top of it all, it meshes into the perfect punk rock music.

Their are a few minor things that I didn’t particularly like; for instance, the background singing isn’t brilliant and the song Pattern Against User isn’t as good a song as the rest. But, while I wrote that, I heard an incomprehensibly awesome part of Invalid Litter Department (a very good song), so don’t take those criticisms too seriously, because I was just completely awesomed out.

Another note is that the band members clearly have a sense of humor, and probably took lots of drugs at the time; this adds to the hypnotic and mad feel to the album. Which for some reason I love – it gives it a sort of Mars Volta-y atmosphere.

The album is improved by the progression and the relentlessness of it; it’s like if you got past At the Drive-In and mixed it with The Mars Volta and something like Every Time I Die: this is a fantastic mixture, the thumping hardcore metal of Every Time I Die, the high energy prog of The Mars Volta and the simple and rocking punk rock of past At the Drive-In. Furthermore, every song has its own unique feel and sound to it, like for example; Mannequin Republic is an incredibly heavy, high energy punk rock masterpiece, whereas Quarantined is a more progressive, bass heavy rock song which concentrates on melodies and the song’s unique feel (with the piano and the raindrops). Every song is totally unique and is fantastic in its own right; songs like Mannequin Republic, Quarantined and Cosmonaut strike me as some of the best songs I have ever heard.

The surreality of the album, the perfect length of it and the uniqueness of it make Relationship of Command an incredible album along with everything else I love about it; in it’s own right not far from the quality of The Mars Volta‘s De-Loused in the Comatorium, which is probably in my top three favourite albums of all time (which is sort of similar musically to Relationship of Command). But maybe it can’t reach the heights of albums such as Bedlam in Goliath. But the only reason I’m relating it to The Mars Volta albums is because it has Cedric and Omar in it; At the Drive-In is a completely different piece of cake (a very, very nice cake).

Relationship of Command is a fantastic album, it is hard hitting, catchy, unique, fantastically written and so is one of my favourite albums of all time. And it managed to be as great as other albums of my favourite genres – when punk isn’t typically one of those. So it is an incredible achievement.

Relationship of Command is like a very good piece of musical cake, branded as ‘masterpiece of punk rock’, in the process of making it, its main ingredient is punk, mixed with rock and the essence of prog and metal. This equates to a very nice cake. This cake, in fact, is one of my favourite albums of all time.