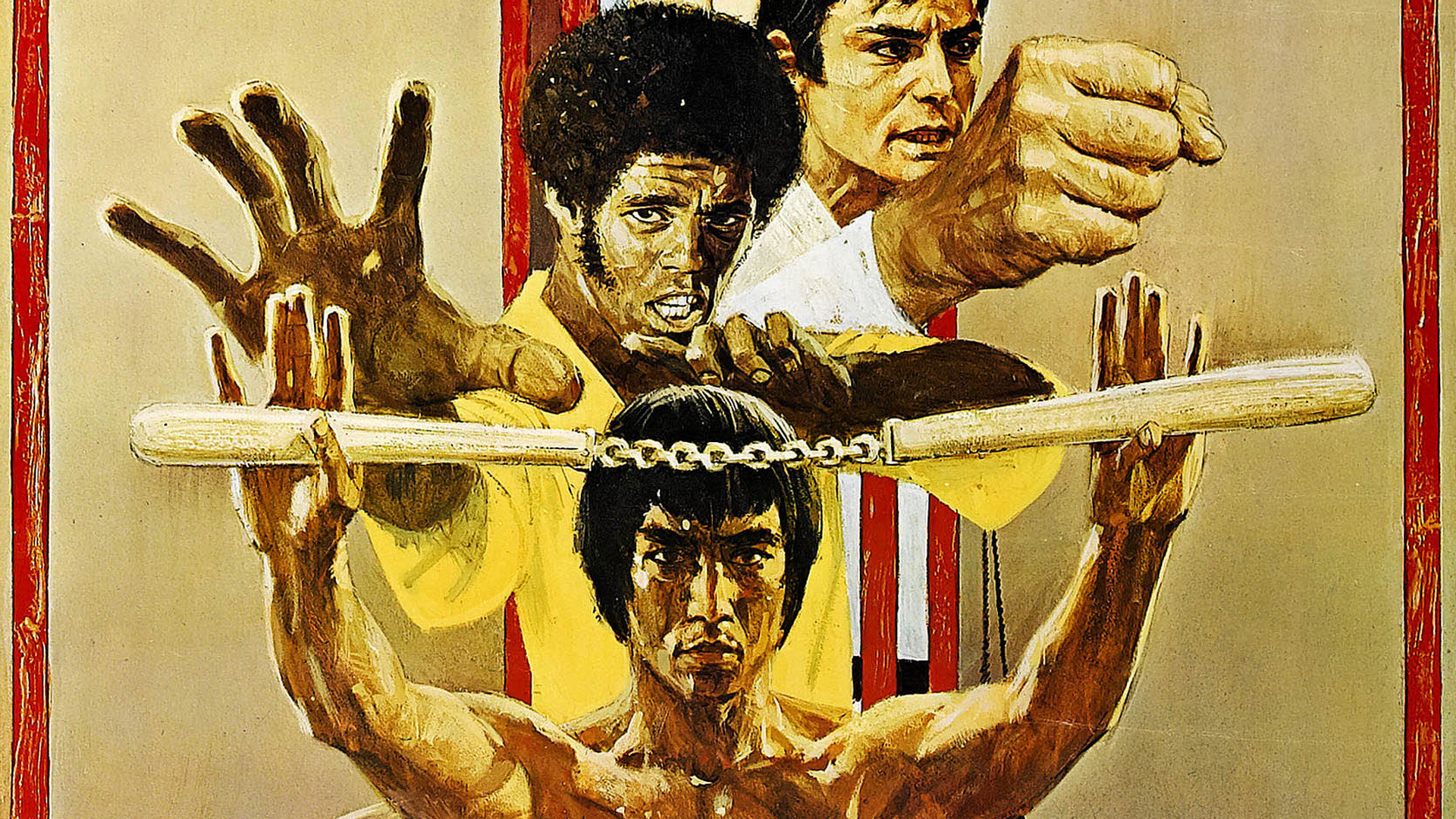 After adding Mr. Lee to my Top Fifteen Male Movie Badasses, it sparked an inspiration, an inspiration to watch Enter the Dragon. A confusing inspiration, I know, seeing that I added Lee’s role from Game of Death. However, this wasn’t on Sky Movies and who rents stuff nowadays? As I watched it, I was stunned about how well a film from the 70s can look compared to the computer perfected worlds of today’s cinema. There was a certain aura of charm to the grainy visuals that made the violence seem that much more real.

When a British agent meets with Lee, a martial art specialist, he informs him that one of the ex-students of the school Lee attends, one that became corrupted and evil, is holding a tournament that Lee was invited to and his agency need him to infiltrate his island retreat using that as a cover and gather information. Throughout his mission, he confronts many colourful characters, all of which he momentarily destroys. When he finally finds the information that the undercover operative had laid for him, he calls for extraction. Doing so, he alerts the security, one of whom being a young Jackie Chan, and momentarily destorys them, using nunchucks. When he is finally captured, he is forced to duel to the death against a beast of a man, whom he momentarily destroys. Then a massive fight breaks out between the security and the other fighters. When he pursues the now armed ex-student he finds himself in a cat and mouse game in a mirror maze. Eventually, however, he finds his enemy and momentarily destroys him, with a spear. Doing so, he achieved these beauties:

Do they sell this at Starbucks?

I can’t say much about Lee’s character, Lee, except for… it’s Bruce Lee, how many questions can you actually have? Apart from him, my favourite character is Williams, the super-fly afro ninja. He has a really 70s attitude to absolutely everything that makes you forget that he’s one of the good guys. A tear was shed during his death. If not him, then Oharra, or Barry Gibb as I prefer to call him. Just because he looks like Barry Gibb but badass. He also gives me a reason to make falsetto noises throughout the film. If not them, then Bolo, the wordless supertank humanhulk that Bruce Lee actually destroys, rendering my point useless.

The fighting, uuuuuuuuuuuggggggggggggghhhhhhhhhhhhhh the fighting. Each lunge a nameless henchman makes at Lee ends in a fist/foot/head/other guy’s foot in their face followed by an animal noise or a WAHTAH! Each punch is quick and agile, showing off Lee’s prowess, and it didn’t look as if he was pulling any of them. This leads me to the perfect selling of the punches and how much skill that must of taken and how underrated the other actors are. The sound design partnering this is absolute master. Each crunch, thwack, thump and snap sounds straight out of a comic book. The final showdown between Lee and Han is a suspenseful chase in a surreal mirror maze, ending in Lee giving up and punching every mirror in the room until he finds and Han and impales him through a previously thrown spear jutting out of a wall.

Like Robocop, this is an essential view for everyone at least once.