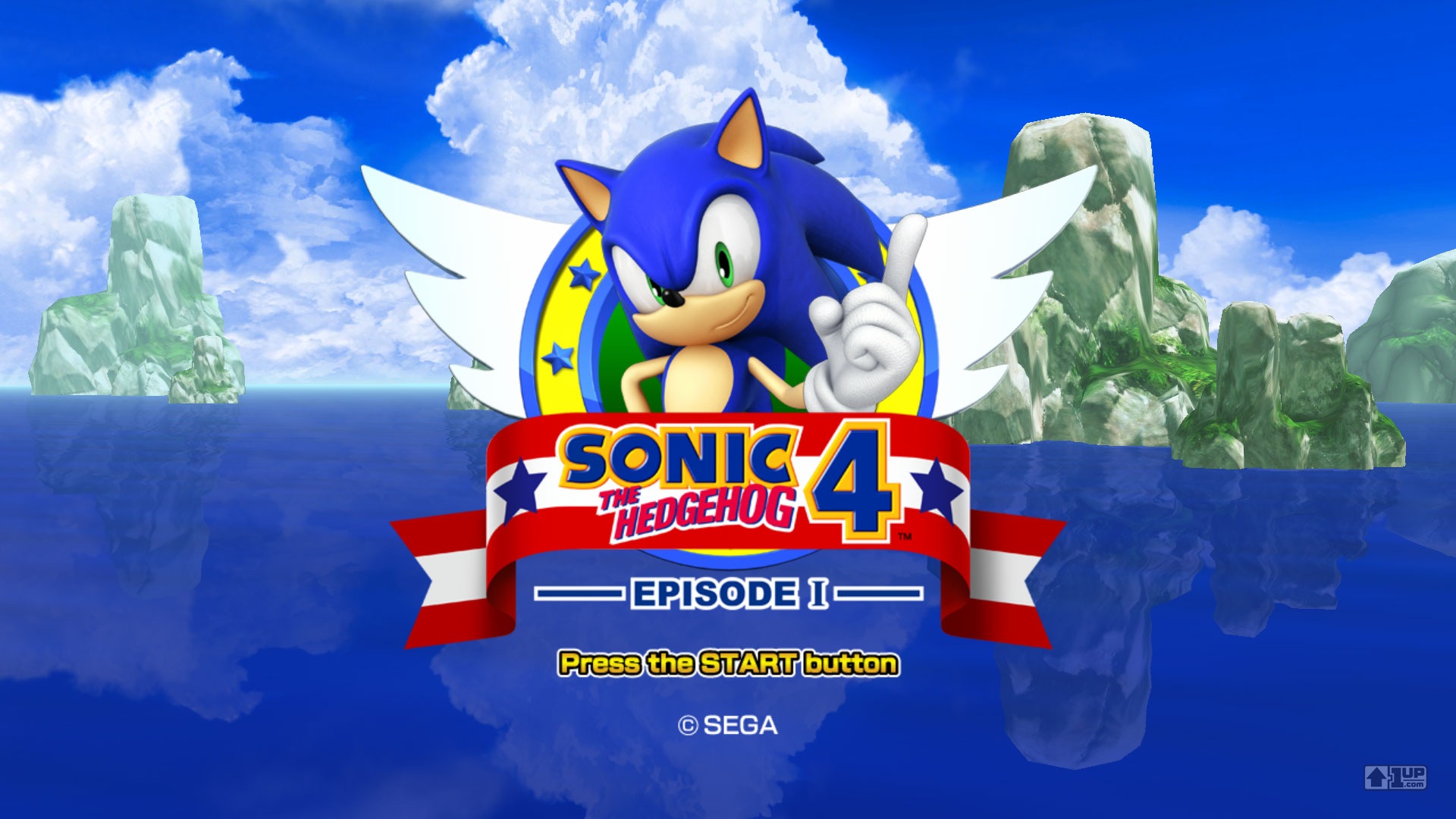 Inconsistent, a bit odd, but good?

*There’s a sort of spoiler which is a recurring aspect towards the end of the review.*

Sonic the Hedgehog is one of my favourite game franchises around – as you’ll know from my opinion article a few weeks ago on the whole thing, and used to be my absolute favourite until I started playing Rayman Origins and Ratchet & Clank: Tools of Destruction, which created dispute over what franchise deserves the top spot in my mind. However, I still love Sonic with all my heart and play a fair amount of it; the latest I played being Sonic the Hedgehog 4: Episode I. And that’s what I’ll get onto reviewing now.

Sonic the Hedgehog 4: Episode I is the first half of what is a two part episodic larger game, and it is quite a small game as a result of that; with four zones, seven special stages and a final boss. It’s a shame the game’s short, and I think it’s just a bit pointless to release the game in two parts, as in one part they could have done something bigger, and cooler.

When I first played the game, I was almost gagging at the oddly presented new style and strangely over colourful graphics; but that didn’t last long and I grew to really quite like the unique style, which links the style of older Sonic games and modern ones. This link is carried through, of course, with the gameplay. In stages clearly influenced by original designs, a modern Sonic runs at a conservative speed, like in old Sonic games, across a 2D field, which, unsurprisingly for a Sonic game, you probably can’t die in. However, you’re allowed to use homing attacks, which makes it play just a little more like Sonic Colours; but in the original influences in stage design and perks only found formerly in, say, Sonic 2, the two Sonics are linked – and in a good way. It plays well.

Get some rings, man! That robotic ladybird coming up is gonna fry you!

Nevertheless, the stages don’t quite flow like they should, with Sonic’s slow acceleration proving a little unhelpful, and a generally slower paced Sonic than usual makes it not as exciting as it could be. Although, this could be made up for with interesting platforming, like in the classics; but it’s not quite done to that standard in this one.

I think the link between modern and old Sonic in the game does work, but perhaps the game would play better if it would have stuck with one concrete style – with modern adding more excitement and speed and less concentration on platforming, and old adding more refinement and embracing nostalgia more efficiently — with, you would hope, a little better platforming.

Back to this full time?

Nonetheless, it does play well. However, it’s inconsistent, and there are further flaws – if minor. For example, in later worlds, puzzles are thrown at you, and sort of repetitive design features; but puzzles are only good if their designed well. In this instant they were, just, a little frustrating; like the infuriating final boss and the special stages, which, though I can’t put my finger on how, could definitely be improved.

Furthermore, the soundtrack – though with a fitting sound and with some good tunes – can get a bit grating; especially in the final boss, which isn’t very fun.

Sonic the Hedgehog 4: Episode I is a good game, because, despite flaws, a bad final boss, inconsistent quality in level design and an uncertainty over style, it remains a good play and has an interesting art style, in a short, but sweet Sonic game; which makes me want to play on with Episode II.

If you’re a Sonic fan, get it. If you’re on Steam or PSN or whatever and you see it on sale, you might as well give it a go – at least if you’re looking for a good platformer.