2015 was a pretty good year, movie-wise. There were a handful of amazing films, a lot of good films and some massive, stinking turds that were wiped rigorously all over our screens and faces, yuck.

Being the pleasant, positive, jovial person I am,though , I thought I’d make a Top Ten of the amazing films but only the ones that I actually saw. Note, this is mainly going to be composed of blockbusters because I’m not going to spend my own money to learn that Steve Jobs was a bit of a dingus, from what I can gather.

What a lovely little film, eh? Even the picture I used is just utterly darling, ain’t it? Yes, it is. The story is nice, there are some funny bits in it and the animation is stunning, merging the comic strip’s style with modern computer generated graphics. On top of that, the soundtrack is subtle but somehow adds greatly towards it.

It was a tough year for Ant Man. It came out, everyone said “Yeah, it was pretty good” and sort of forgot about it, well I know I did, anyway. When writing this, I even had to refer to my review of Ant Man I did back in July, when I was better at writing and living in general. Ant Man, I now remember, had some flat-on-its-stupid-face humour and some hateable characters. However, it also had some awesome action and amazing special effects, as well as decent character design and acting. 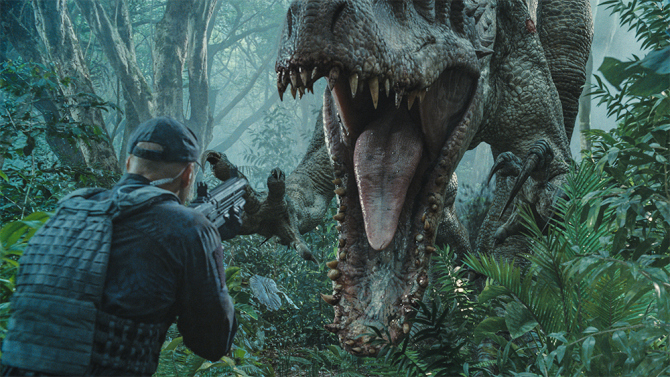 Admittedly, I have never been too big on Jurassic Park as a franchise, only getting around to watching it properly for the first time maybe one, two years ago. That being said, Jurassic World was wildly entertaining. Though it had a noticeable lack of the extremely sexy Jeff Goldblum, there was a perfect amount of stupid dinosaur action and fun dialogue, with good effects and well crafted suspense. Chris Pratt, don’t stop making stupid, fun action films. 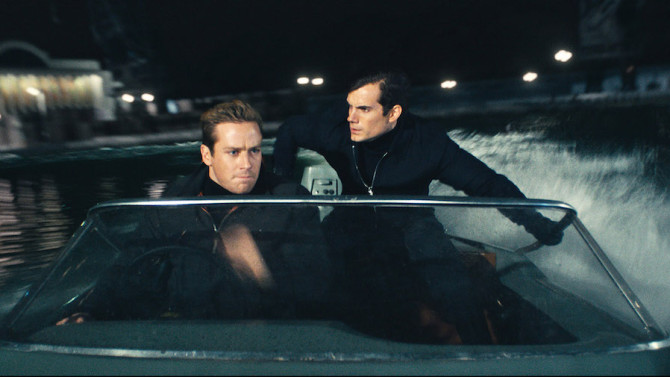 Speaking of sexy, The Man From U.N.C.L.E had an “aura of the sex” about it, which may be one of the most appalling things I have ever typed in my life, and I don’t regret for a second, unlike that Live It Out review that Speedy won’t let me forget about. Nevertheless, the aura was present in Guy Ritchie’s latest effort, as well as some amusing comedy and grand action espionage. 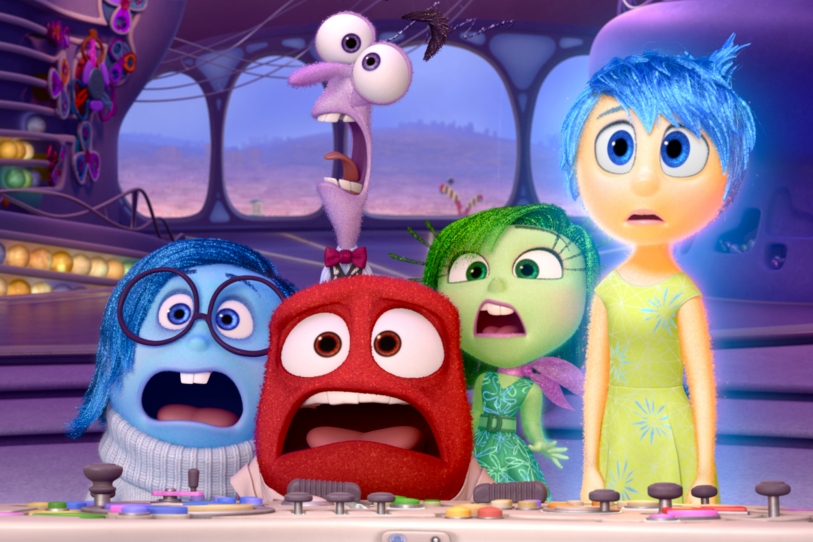 This is a return to form for Pixar, unquestionably, after their dead horse beating sequels Cars 2 and Monsters University. Oh! And, of course, Brave, that no one really has any strong feelings about, it sorta just happened. That being said, though it was entertaining, funny, beautifully rendered, tense and emotional enough to touch Hitler’s heart, Inside Out was no Finding Nemo. It was good though, well better than The Man From U.N.C.L.E any ways.

Wait, did I do little messages at the halfway point? Oh, well. *shoulder shrug* 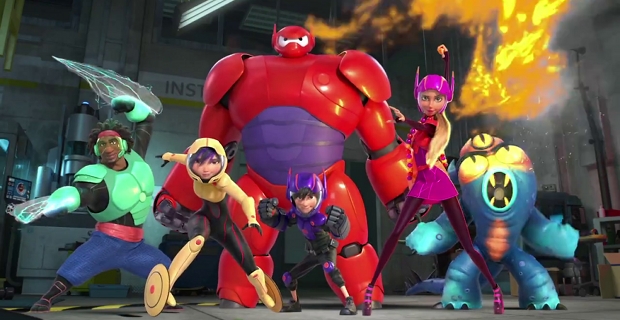 Firstly, our American compadres (yes, they do exist, I checked) will point out that Big Hero 6 was released in 2014 over there. Sadly for those suckas, “over there” ain’t the same as “over here” and “over here” it was released in 2015 so shut yo mouth, fool. Secondly, “WHAT?!?!?!?! You liked Big Hero 6 more than Inside Out?!?! I can’t handle it!!!!” You may be, though hopefully not, thinking, to those who are, I say it doesn’t get much better, I suggest you crawl back to Tumblr and get some tumbles or whatever you do over there. Yes, I did enjoy Big Hero 6 more than Inside Out because the comedy was funnier and the action was friggin’ mental, oh yes I did enjoy it. 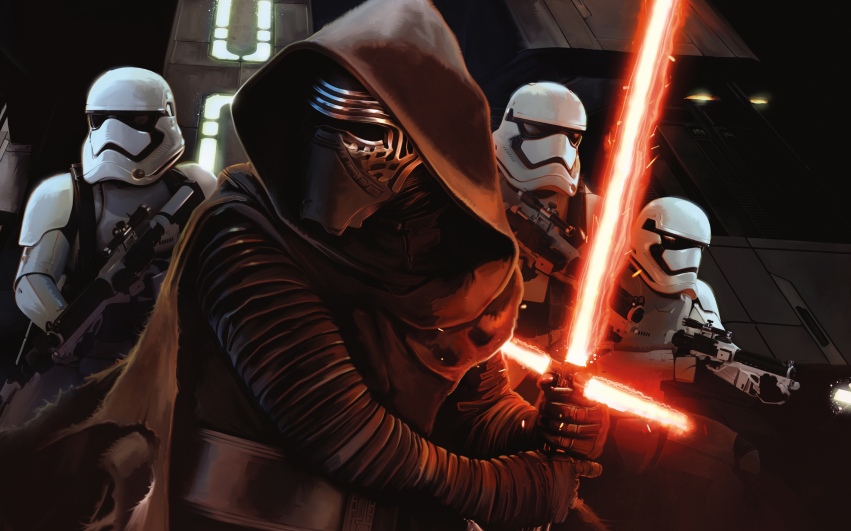 If you didn’t like that, you’ll hate this. I know it’s hard to believe, but I found three films better than this God that we should all be sacrificing our firstborns to appease. This is probably the lowest that Star Wars will be on anyone’s “Best Films of 2015” list, but who really cares? Disregarding its place, The Force Awakens, as I said in a poorly written review, is fun. It’s a fun film. Better than the prequels but not as good as the originals, Episode VII sports great characters, sweet action, perfect callbacks to the originals and decent acting.

The top three and Star Wars ain’t one of ’em. Deal with it, suckazzzzzz.

Did everyone forget about this one?! Because you really shouldn’t have. Due to the evident forgetting of this as soon as Star Wars poked its pretty little head ’round the corner, I had a horrible thought; “What if it actually sucked and I just can’t remember?” No, it doesn’t, it’s awesome. Watch it again, seriously.

You probably already know what I think of this film, unless you have short term memory loss or, for some reason, don’t remember every single detail from a review on a stupid blog. I liked it, for those who have either of those two tragic, tragic ailments. An action comedy, with actual action and actual comedy? Sounds good to me.

SCREW CALMING DOWN! AAHAHAHAHA! NUMBER ONE IS THE BEST FILM OF 2015 AND I WILL FIGHT YOU FOR NO REASON. 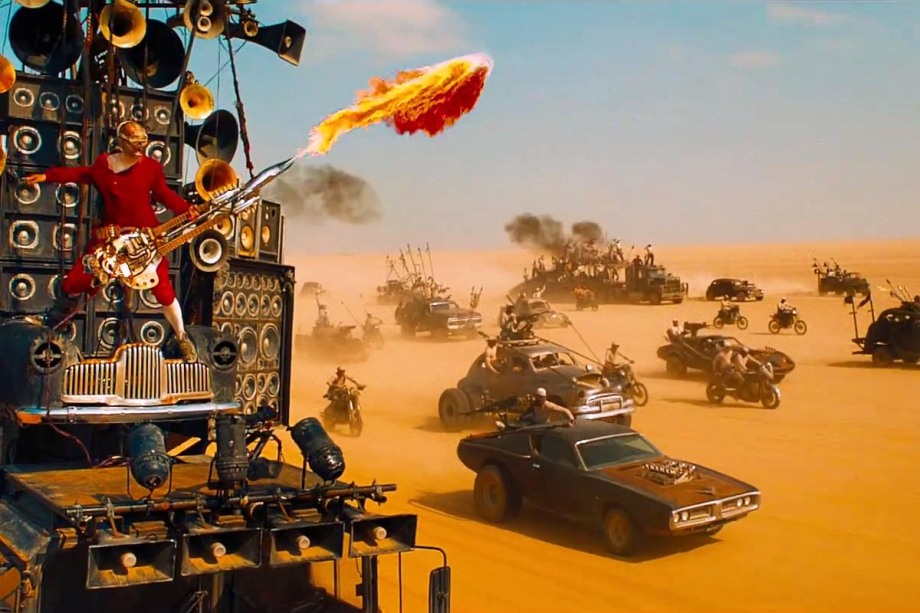 Oh, I’m sorry, did I already use the picture of the guy in the over-sized, bright red jumpsuit and baby bouncer on the back of a truck with speakers and drums, playing dual necked guitar that spews fire, while driving at, what looks like, 200mph in my Top Ten Modern Action Movies where I incorrectly placed it at No. 4 and called it my second favourite film of 2015 when it is obviously No. 1? Oh, didn’t notice.

Speaking of needing to calm the hell down, that is the exact opposite of what this film needs to do. For years and years, I have been hoping for some sort of acid trip of an action film and got it from probably the last person I least expected it from, George Miller. Only kidding, Miller was probably the only person who could pull this acid trip off. The aforementioned Baby Bungee Fire Guitar Player On The Road To Valhalla or, to use his official, IMDb listed name, The Doof Warrior, is just one of the variety of characters that are insanely designed, sometimes disturbingly sexual (looking at you, nipple-clamps);

The Aura of The Sex. Oh yeah…

Secondly, explosions exist and this film has them in multitudes. Story? What story? Stories are for wimps, film critics and people who cite Marley & Me as one of their all time inspirations. This films story is SPOILER ALERT “Let’s go here. Oh, “here” doesn’t exist. Let’s go home then.” while being accompanied by mean, old men with mental stuff and mental cars and mental faces. Yes, this is Mad Max: Fury Road and it will punch you in the face, literally.