Mega Drive, eh? That was SEGA! Before we start, I would like to say that I’m not stupid enough to think they’re business smart. However, that’s by the by, because they’ve made a lot of great games, and the legacy of the Master System, Mega Drive, Saturn and the Dreamcast all live on today. SEGA are quite a special company for me, because, when I was younger, all I played other than Gotcha Force were SEGA games on either the Gamecube or the Mega Drive. Older SEGA games of the Mega Drive remind me of better times, more than anything; so they’ll always have a place in my heart.

The reason I’m doing this SEGA orientated post is because of the company’s latest announcement, where they revealed SEGA 3D Classics Collection for April this year. If you haven’t guess, I want it. I’ll try not to have any more than two games from any series, so sorry if I end up doing more than that for one particular series. Without further adieu, here’s my Top Ten Mega Drive Games:

This one wasn’t one I ever played on the Mega Drive itself, I’ll be honest. But by all means it still counts. A top down action-strategy thing, this game is good fun when you play it two-player, with every character bringing with it different quirks and bringing different things to the gameplay. If nothing else makes it deserve a place in this list, though, it’s the soundtrack.

Never fear, I think I played this on the Mega Drive, unless I only played it on a collection game. It’s a good game in itself, but what really gives it a place in the list is its ridiculous difficulty. The infamous “Get ready!” followed by a noise of agony as a result of everything being too fast for anyone to handle is classic.

A Streets of Rage game this low!? Yep (tee-hee! You don’t know what I’ve got prepared for you!). Classic beat-em-up gameplay and silly characters coupled with ridiculous death noises makes this game one of the Mega Drive’s best.

This is one of those games I used to play a lot, but never actually got that far. What I did play of it though, I liked a lot. Unique stage design and platforming quirks, coupled with good shooting gameplay put this game above all the other generic platformers on the console (other than one particular series).

Golden Axe is slow, clunky and a little unresponsive. But who cares? It’s pretty much the definition of classic 90’s games. It’s ridiculous character design, death noises and boss fights make this game what it is: an axe-wielding maniac of a game, though it’s really, really aged.

I’m pretty sure this one was the one we had on the Mega Drive. If not, it was the first one, but you get the message. Micro Machines, along with cute visuals, houses well-designed race course design and fun racing gameplay — to be enjoyed either alone or two-player. More than anything, though, it’s really addictive and evokes a huge feeling of nostalgia for me, probably more than any other.

This is what I had prepared for you! The first Streets of Rage is better than the second simply because it has much more nostalgia value. The first one is the classic one, and is the one I’ve played most. It’s also the most simple one, with less concentration on special attacks and all that shizzle.  Really, I’m just rambling. I don’t really know why this is better than Streets of Rage 2. It just is. 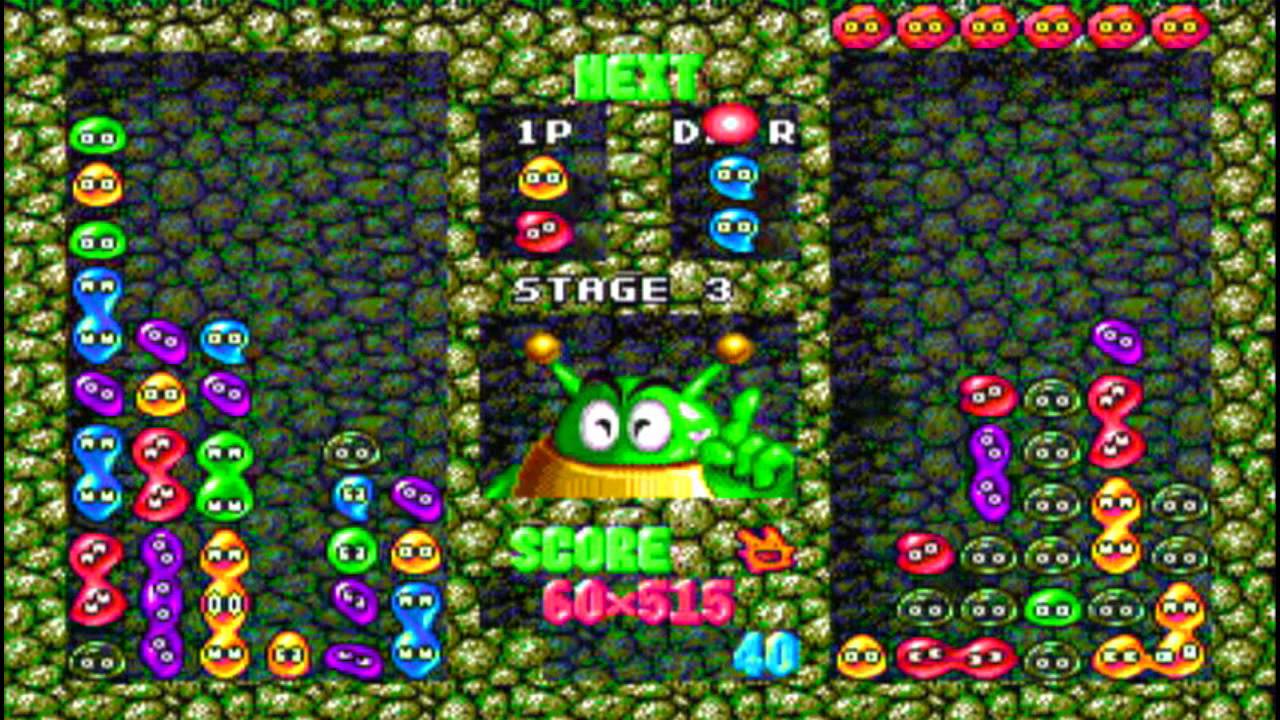 Now this is classic. Not only that, but it is amazing. Much better than that Puyo Puyo rubbish, anyway. Dr Robotnik’s Mean Bean Machine is Tetris style puzzle gaming at its very best. In fact, I prefer it to Tetris. It’s not just putting blocks on top of other blocks. Different coloured beans work differently, and together to clear your section, with different difficulties effecting your game dramatically, as you are punished if you can’t use beans right, and punished if whoever you’re playing against is doing well, to keep the competition going. It’s also ridiculously addictive, as you can find yourself playing it for hours on end (against the computer or a friend); something I’ve done a lot.

Here we go! Now this list has got serious! This game isn’t just any Mega Drive game. It’s a Sonic game. You know what that means, right? Yep. It’s amazing. Platforming genius, well considered design and brilliantly fast paced (yet not too fast) gameplay. In my opinion, Sonic & Knuckles houses some of the best level design around — along with one of the best soundtracks, to boot.

You didn’t really think my favourite Mega Drive game wouldn’t be a Sonic game, did you? If so, consider again! Sonic the Hedgehog 2, in my opinion, is indeed the best Mega Drive game. Better than Streets of Rage, Golden Axe, Micro Machines, Mean Bean Machine, Sonic 1 and 3, etc. Sonic the Hedgehog 2, in fact, is surely one of the best games ever. Along with a great soundtrack, it’s got even better level design and variety than Sonic & Knuckles. More than anything, though, this game has the most nostalgia value out of any. No question.

So there you have it. If you haven’t played any of these games, you should just leave.