Top Five Bands That Need to Stop Lazin’ Around – Reuben

Never fear, dear readers. This is Reuben speaking, and yes, you can do basic maths. I’m saying it’s a Top Ten, so suck on that. I can’t be bothered to make a whole new “Top Five” category, because, well, that would be silly. Anyway, now that that’s sorted, I want to clear up a few things. I’ll spoil this whole article now! No, not really. Basically, I won’t put The Mars Volta, Porcupine Tree or Audioslave on this list, because they’ve all been replaced by respective previous projects which have come back: At the Drive In and Soundgarden, along with a return to solo for Steven Wilson of Porcupine Tree. The rule for this list is, if a band has disbanded, or is on a prolonged hiatus. So, now that that’s all been cleared up, here’s my Top Five Bands That Need to Stop Lazin’ Around: 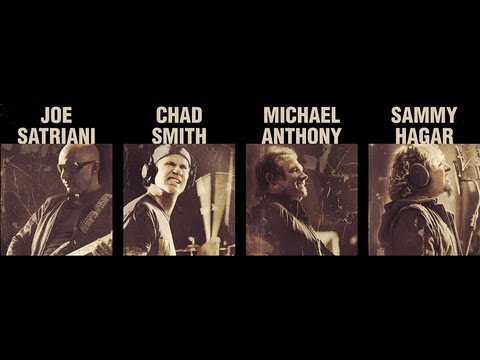 What a lineup. One of the best guitarists around, the bassist and singer of Van Halen, and the legendary Chad Smith himself. Chickenfoot was probably one of the best supergroups ever. Their music wasn’t half bad either. Alongside incredible guitar solos and great drumming, Sammy Hagar shouts over everything like his life depends on it. It’s proper funky rock, which can get pretty heavy. It’s rubbish they decided to stop going, but it’s even worse because of why, which implied they were in it for the money. Even so, I’d like another record from them.

As I Lay Dying are in a predicament, obviously, with Tim Lambesis’ stupid behaviour and imprisonment tearing the band up in shreds. However, before that happened, they were one of the most successful metal bands in the modern era; playing their mental music with power, aggression and immense skill. Their last three albums were fantastic, especially The Powerless Rise, in my opinion. If they could ever could come back, which is unlikely, and made music anything like what they were making in 2007-12, I’d be very happy. Because, what the band members are up to at the moment, Wovenwar, is nothing on As I Lay Dying. In fact, most metalcore bands out there are nothing on As I Lay Dying.

I do hate Daron Malakian, yes. Even so, Serj Tankian is a legend. His band might be a bit over political, and incredibly inconsistent; but they made some pretty awesome stuff. I used to be obsessed with them, but since I’ve not been so big on them. However, I believe if they made a new album which is as good as Toxicity (which was their best album, by the way), I might just be obsessed with them again. As long as Daron Malakian doesn’t get his grubby hands on the microphone.

Oh, Priestess, how I love you. Hello Master, their first album, was a huge success musically and commercially, and Prior to the Fire, though very different and less of a commercial success, was I thought even better. Their thumping drums, powerful guitar and unique vocals made their music great, whether it was more like Iron Maiden, or more like Clutch.

Nevermore (there is Sanctuary, but I haven’t listened to it and it probably isn’t as good)

1. Rage Against the Machine

I haven’t even finished my Pepsi can, and here we are, with Rage Against the Machine again. (See my atrocious crap of an attempt at a rap-like thing that Milo loves to remind me about here – Scroll to number 6.)  I absolutely love ’em, and they need to come back. They simply need to. We need the Killing in the Names, the Testifies, the Bulls on Parade, the Renegades of Funk, the Vietnows back, and we need them now. It’s as simple as that.