Games Used To Be Better

In recent years, games have been all about their size, online and money making capabilities. There are countless examples as games are often made with a wider, popular franchise in mind, which can attract large audiences of game-players; putting gainings above creativity, size above gameplay, and  online over most things else — in a world where most popular games are designed as money making machines, neglecting creative design and meaningful singleplayer stories, along with local multiplayer, in favour of huge online multiplayer and impressive visuals. Titanfall is definitely one of these, and so is Star Wars Battlefront, possibly even Halo with its latest releases, and of course Call of Duty. It seems Nintendo are the only ones sticking to their guns and rejecting this modern western gaming ideal; and still making games like they are supposed to be.

No, I’m not going to dedicate this article to Nintendo, but older games in general. It is just a massive shame that Sony and Microsoft along with their cronies seem to be making games and hardware in this modern way. Yes, hardware has the same problems. Along with costing far, far too much, it is hugely overblown; so much so that it seems they’ve almost crammed too much things into the PS4 and Xbox One, so that problems with crashing, overheating and such become more frequent, whilst the consoles audibly sound overworked – as the PS4’s roaring fan proves. Let’s take a trip back to the early 2000’s. when the Dreamcast was just about dying, the PS2 had come out and the Gamecube and Xbox were trying to compete with Sony’s ultimate console.

These were times when games weren’t made for popular consumption, when it wasn’t just triple A’s which people wanted, and the age of indie gaming wasn’t yet even an idea. It was the golden age of mid-range games, and when games like Halo and Call of Duty were few and far between, whilst 3D platformers filled our shelves, like Spyro, Crash Bandicoot and Jak & Daxter. Games were given a chance, regardless of their genre; in times when people would literally judge a game by its box. Nowadays, you need the thumbs up from critics, and/or the biased internet public. 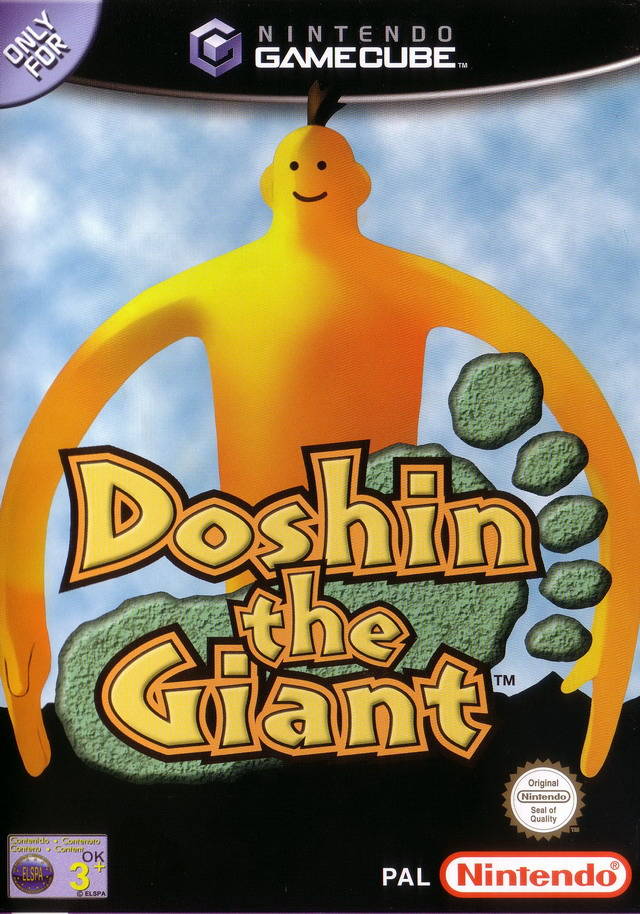 Mid-range games don’t really exist anymore, at least not outside of Japan. So, western mid-range games don’t really exist anymore. Countless games like Ty the Tasmanian Tiger, Aggressive Inline, Bloody Roar, Timesplitters, Simpsons Hit and Run, Doshin the Giant and Gotcha Force were constantly available everywhere you looked. Whether they were good or not, they were there. I assure you there were a lot of good ones, I own every one I mentioned, and they’re all quality games, namely Timesplitters, Hit and Run, Doshin the Giant and Gotcha Force (which took a place in my Top Ten games). By mid-range, I mean games made by smaller companies, or by larger companies as smaller releases. Games like these don’t really exist anymore out of Japan, as I’ve said, and that is because of both the rise of indie games and the prominence of triple A releases. Indie games have taken their place, but as smaller, cheaper, downloadable releases.  Most of the time you can’t buy an indie game in a box, you can’t smell that new game smell, you can’t have the physical thing, you can’t have the instruction manual, the disc, the front cover, the back cover. You can’t even have the instruction manual in triple A games, which are pretty much the only ones you can find in shops for the PS4 and Xbox One. Sure, indie and triple A games can be very good, loads of them are. That’s why I want a PS4, so I can play a lot of them. But, there’s no Gotcha Force. There’s no Bloody Roar. There’s no Psychonauts. The options for games nowadays are a lot less. You want big, you’ve got it. You want social, you’ve got it. You want much else? You’ll have to look more.

Ah, but do you want local multiplayer? You’ll have to stick to Nintendo or go back in time. Local multiplayer used to be added to games just for the sake of it. Nowadays you have to look far and wide for a good local multiplayer game. That really sucks. If you want anything to convince you that games used to be better, it’s surely the fact that there was local multiplayer in abundance. Playing games together with friends and family actually in the same room is so much better than playing with some randomers elsewhere, by yourself. Multiplayer is always really fun, especially with friends in a crowded bedroom, with four little screens on an already pretty small TV. You think that’s a bad thing? No, that’s part of multiplayer’s ridiculous charm. In my opinion, it’s the most fun way to play games, and it really sucks that so much developers in recent times are throwing it away – 343 especially with Halo 5, a game in a series that thrives in local multiplayer.

Finally, aren’t you getting bored of all these new big open world games? They’re the sort of games that can be a bit boring, maybe a bit bland. These games can be brilliant, yes, but they’re most of what you’ve got now. That along with FPS games and sports games, anyway. There are a lot of fantastic games to choose from, I know, and I am desperate to get a PS4. Nonetheless, game variety has hit a sore spot, and the life has been sucked out of a lot them – made evident mainly by a general lack of colourfulness. Games used to be generally a lot more colourful, and variety wasn’t as low as it is now, definitely. Sure, Nintendo are still doing it right, but there not who’s popular now, are they. The PS4 and Xbox One are lacking in key things such as local multiplayer, pretty much the genre of 3D platformers as a whole, meaningful singleplayer story modes, the same colour as was once evidence and mid-range games, outside of Japan. Surely then, didn’t games used to be better?

One thought on “Games Used To Be Better”