This was going to be my first article on the site, but due to the old, fascist system of Reuben and Milo’s hierarchy and superiority, I was unable to. But now, as their old regime has collapsed at the hands of, well, nothing really, I’m a do this thing!

Now clearly you won’t agree with my list, as I am extremely biased towards anything that has Nintendo’s name slapped on it, and anything where EA’s is not. Also, I’ve played a lot of random flash games through the years, and grew to love them. However, I don’t care, so here goes. My Top Ten Games, Ever:

No, that isn’t a typo, the 0 represents a Portal, from Valve’s Portal game. Mari0 is a unique and creative idea of combining Valve’s Portal with Nintendo’s Mario Bros., and it is amazing. Even if it’s just Mario with a portal gun, it’s done really well. With the ability to play the entire Mario Bros. with the gun, play through a few Aperture Science Test Chambers and make your own levels with a powerful editor, you will have a lot of fun… FOR FREE! At stabyourself.net, it’s not a virus, or anything grotesque. I’ve loads of fun with it, anyway.

The only reason this game isn’t higher is because, well, I’ve played around 8 hours, which isn’t a lot – causing a bit of argument with Reuben. Anyway, this game is amazing. I’m a huge fan of strategy games, like Command and Conquer, but I’d never really played a turn based strategy game outside of Pokémon. Because of this, I was even more blown away by the amazing gameplay and storytelling in the game, oh, and the best part about the game, the art style. Amazingly detailed portraits with really well designed pixel art, they are absolutely the best parts of the game.

By far the best Halo game, full stop. It’s a fantastically intense, fast paced shooter, with lots of vehicles and weapons to choose from. Definitely the most competitive in my group of friends, with a great campaign too! Lots of people didn’t enjoy playing as the Arbiter for half the game, but I didn’t mind, as it added a bit of variety.

This is a brilliant game made for MS-DOS in 1998. The basis of the game is basically worms, but in real time. You start out in a small hole, with the map almost completely filled with dirt, which you have to dig out. You can do this without any weapons, but it is quite slow, many weapons will do the job in a quicker, but more explosive way. My favourite weapon is the Laser, which cuts through dirt instantly. Ideally you want to play with reload off, for most fun, but for actual competition, you want to keep them on.

This is an obscure Mario title made by Nintendo in 1924, for the XZ MURTCEPS. Oh wait, it’s a fan game. I’ve talked about it before, and is definitely one of the best 2D Mario games ever, including the official ones. Mainly down to its massively powerful level editor, which includes eventing, custom tiles, world maps and even custom NPCs. It is truly fantastic, and also includes a fun battle mode based around the ‘turnip’ ripping from Super Mario Brothers 2/USA. For me, Super Mario Maker wishes it was this good.

Leaf Green was the version I played, and it was my first handheld game ever, which I got just 1 year before the DS came out. I played the HELL out of it. Kanto to this day is my favourite region, and contains my favourite Pokémon. I remember logging about 300 hours in total, if that says anything. My favourite part was travelling to the sevi islands to get lots of rare Pokémon you couldn’t get in the originals. A true classic. I love Pokémon games, and this is definitely my favourite one, as it has similar mechanics to the brilliant Ruby and Sapphire games and contains the refined world of the original Red and Blue games. It also wouldn’t be right to not include a Pokémon game in my top five… But not any of the 3DS ones, mind you!

If you can’t already tell from this list, I’m quite the fan of retro gaming, and this is, in my opinion, the king of any RTS game ever. Very simple, yet if you use all your units correctly, you can build a very formidable army. Whereas Yuri’s side is kind of over-powered, there are ways to take him down, using the Allied Robot Tanks, or Soviet Terror Drones. With each side having about 5 countries with their own unique unit, apart from Yuri, who has only one faction, you can adjust your team to what suits you. I like playing as Korea, who have better jets than the other countries, and calling in giant air strikes. Anyway, overall this is my favourite strategy game, definitely.

Oh boy! I can’t get enough of this game! It has made me neglect every other game I own. Smash is super fun at a basic casual level (Reuben), but can get really complex at a higher level (Me). Personally, I despise the items in the game, but I can respect that they are included to appeal to a wider audience of casual players, and I can see that some people would find them fun. The best part about the game is its super sized roster; with so many characters to choose from, anyone can find a perfect main. Personally, I main Falco, second Jigglypuff and pocket Mario, Captain Falcon and Cloud. A truly excellent game, but it isn’t quite the best — somehow. 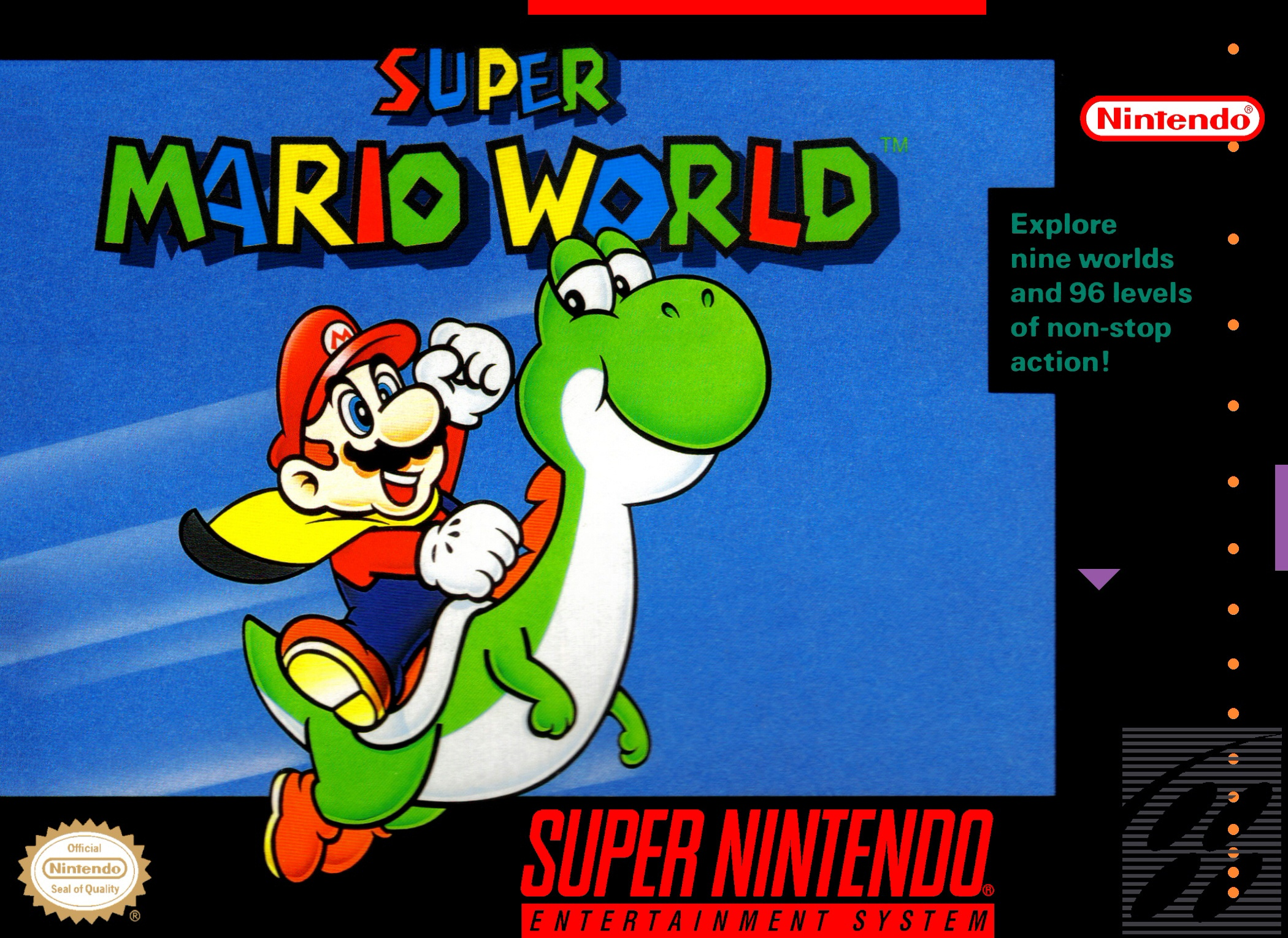 By far the best game on SNES. I remember always playing it when I was younger with my cousin, and eventually 100%-ing it, no walkthroughs or anything, just on our figuring out of all the secrets, and skill. I play it all the time to this day, and I rather cheekily installed a SNES emulator to my home drive at school so I can play it there. The game itself has precise controls, perfect jump arcs, and interesting level design. For more, go read my review of Super Mario World on this website. In simple terms, it’s by far the best Mario game, and so close to being my favourite game ever.

These are games that I considered, but decided against. All great games, and I recommend them.

This is the best game, ever. Amazing soundtrack, tight controls, joyful art style, amazing and different level design, cool secrets, and… POOCHY! This game is near flawless, and is pretty difficult too. The secret, post game levels have made me rage quite a lot, but, they are fair, and when I died, I knew it was my fault. The one problem I have with the game is the enemies, some of them are a bit samey, but they at least look good. A truly amazing title deserves my favourite game ever award – even if probably a quarter of my reasoning would be down to nostalgia.

One thought on “Top Ten Games, Ever – Marcus”