Is One Piece As Good As It Used To Be?

You may or may not know that I love One Piece, being the ol’ Reuben I am. It’s silly, action-packed manga in great form. However, since its beginning in 1997 it has changed radically from the comedy and story driven pirate manga it was to what is now this ridiculous all-over-the-place action manga with pirates. What I’m going to try and decipher is whether that’s a good thing or not.

The art style change is the most striking difference, as in volume 1, it looks like this: 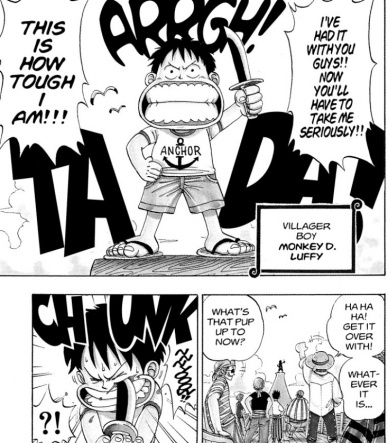 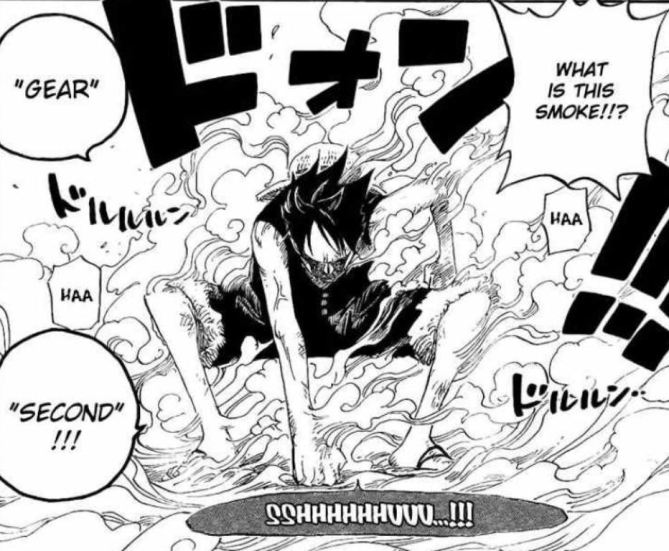 The comedy was fantastic in early One Piece, and the art style was simple and stylized – clearly influenced by Akira Toriyama. Sure, Eiichiro Oda has come into his own since those times, but even though his art is more detailed and unique — is it better?

I mean, the art is just so nice in the early stuff. There’s something so charming and cartoon-like about it, similar to Dragon Ball in the late 1980’s. Coupled with Oda’s great comedy writing and emotionally driven plots along with its silly nature, volumes 1-12 of One Piece were really fun reads.

Now, I only started reading One Piece a few years ago and I’ve been collecting the 3-in-1 editions up unto volume 42, but there has been massive change in the manga. As it’s progressed not only its art has developed, but pretty much everything else has changed too. Instead of laugh out loud comedy there’s now exciting action taking most of the manga’s pages. It has developed from its silly, comedy/story first style to what it is now as this mental, action and cool stuff first — and EVERY character has got either insanely buff or busty, sort of following through the over-the-top feel.

I think the action has improved. It’s much more dynamic and everything is that much cooler. However, it does sort of get in the way of the story now, which is something it never used to do. Everything is massive. The situation with the story is confusing. Whilst everything has become overly branched out, each character gets less coverage by the chapter, and suddenly relying on backstories doesn’t quite work the way it used to for Eiichiro Oda — like Nico Robin’s, for instance. It’s a decent story but unfortunately Robin is simply a pretty boring character, and the story doesn’t have as gripping an effect as any before it. It’s same ol’ same ol’ by volume 42. They find an island and go on an adventure, then they find out things aren’t going well there and they meet a friend who’ll probably join them on their future adventures. Thankfully, every story arc up until this point has been unique and well done, but the emotion doesn’t drive it like it did; and that is because there are simply too many things going on at once, and there’s no room for great side-stories, whilst the main backstories get a little lost in all the madness.

The focus on action over all else is a negative thing indeed, and the writing has also suffered. Sure, the action is fantastic and the characters’ abilities are coming to life, but without the laugh out loud Toriyama-brand comedy it just isn’t as enjoyable as it used to be. It’s more normal Shonen humour as it develops, and it is definitely a side thing, and that isn’t a very good thing either. There is a good joke here and there, and it keeps its silly veil to an extent, but the shift in focus just makes it less fun — and less of a pirate manga, more of an action manga.

That’s also a problem, as although it’s fast becoming a battle between pirates and the navy, they don’t feel like real pirates anymore. That was a big part of One Piece’s charm back in the day, and it’s a shame it doesn’t really remain the case.

It feels like Eiichiro Oda had had grand plans for the future when he started, really; but I don’t think he was expecting to not have a break in 19 years. As a result, everything has seemingly become a bit of a mishmash, but I don’t want to say it’s bad. Not at all. It’s still great. I still love One Piece. Maybe Ennies Lobby and Lucci’s bunch are just a dip in quality and it gets as good as it was in Skypiea again afterwards, I don’t know. Skypiea was actually very good, and does show that Oda can still do a great story; but as more and more characters are introduced, I find it hard to see it’ll go back to its roots by this point.

In conclusion, Oda needs a break. It’s like with Red Hot Chili Peppers at the moment, but without the break. They just need to bring back the silly. As with One Piece. I want the silly back. It’s still One Piece, it’s still great. But just get the balance right, okay?

6 thoughts on “Is One Piece As Good As It Used To Be?”