I watched this without any prior anticipation or much foreknowledge. But it turned out to be a great mixture of Life of Pi and the original; a good film, definitely.

Surprisingly, it’s a very intense, gripping film, different to the classic 1967 movie which was a light-hearted and jazzy musical. This new film adopts the visuals and drama of something like Life of Pi whilst keeping some of the classic Disney movie tropes, as the light-heartedness and comedy does remain. The thing The Jungle Book does best, however, is its visuals. From the wolves to the elephants and to Shere Khan himself, the CGI is top-class, and the scene of the jungle is brilliantly created as the detailed wildlife is a very nice touch — little animals doing amusing little things everywhere you look. Cinematography is also used to great effect, especially visible in the Kaa scene. 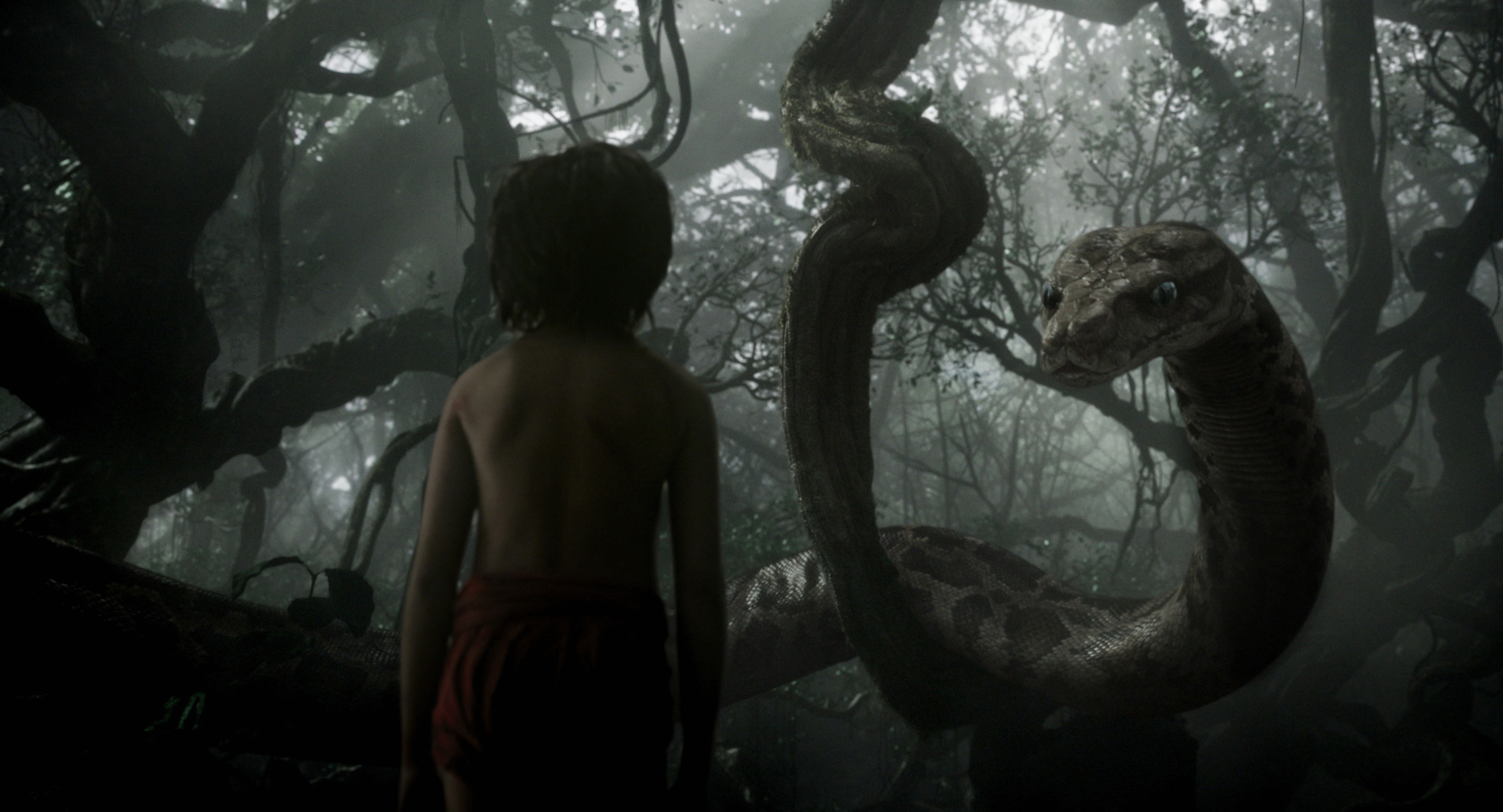 Aside from its looks, The Jungle Book may not be a masterpiece, but for entertainment it is up there with the best in the last couple of years. Not Star Wars: the Force Awakens level, but not actually that far from it. It follows a simple yet effective story in which Mowgli is the victim of Shere Khan’s lust for power and he has to run in different directions to escape his grip, inevitably of course bumping into classic characters like Baloo and King Louie along his merry way. Neel Sethi’s Mowgli is a simple but charming character, and with him you as the viewer are taken through his journey, being forced to relate to and fear for him as he runs through the many dangers he encounters.

Neel Sethi is in the centre of what is a fantastically picked cast of recognisable actors. Bill Murray in particular is perfect as the recreated Baloo, and good ol’ Christopher Walken does a good King Louie (there was no bit o’ wee for me though, unlike Milo). In fact, I can’t really pick flaw with any of them, other than maybe Neel Sethi for being a bit bland sometimes — but he’s a kid, he can get away with it.

Everything that is recreated in the film is recreated in a good way. Baloo in particular adopts Bill Murray’s sense of humour at the same time as being similar to the old Baloo that everyone grew to love, and through his character the film’s light-hearted side is brought to life, though fairly subtly as otherwise it would overwhelm the rest of the film’s intense adventure-like feel. In fact, the two different feels work in harmony, as action-driven sequences are split up by nice lil’ funny Baloo sequences.

King Louie embodies what is different between the original and this new film. Though he still sings the classic “I wanna be like you” song – well, I might add; he carries a sinister veil and a dark part of the story not quite represented in the animated original, where he talks of greed and the “red flower”, siting the change in approach for this shadowy adaption. It’s presented very well, too — a particularly good ten or so minutes.

Get me some apples

If there is one thing negative I can say about The Jungle Book is that everything really is very simple, and everything that happens at the end, though tense, definitely isn’t unexpected. Maybe that’s due to the source material, I don’t know. But maybe some things more complex could have been added in for the older audience. The tone is also very mix-matched, but most of the time that doesn’t matter too much when you’re sitting there and enjoying the film.Despite these things, it is a highly entertaining film filled with great performances and impressive visuals, with a good blend between light-heartedness and things more sinister. And I wouldn’t say it made me want to watch the original. It’s not a deep masterpiece quite like Life of Pi, but this could be an unexpected addition to this year’s best movies.