I think it’s rather fitting that the last game review I wrote was think of Crackdown 2, a fun game with a crap aesthetic, because this was pretty similar, just so darn better.

Anyone with more than 3 brain cells and slight knowledge of video games will know that Saints Row has been getting more and more mental with each installment. It started out as a GTA clone, then evolved into a slightly sillier GTA clone, then turned full froth-at-the-mouth crazay with the 3rd installment.

I know what you’re thinking, person who has either never heard of this game or has just time traveled from the year 2012, “How crazier could they get, o’ wise one?” Much more, apparently.

The story opens with your character, not yet created, riding and disarming a nuke mid-flight, all the while that Aerosmith song is playing, lucky you, before landing in The Oval Office. You are now the President of United States, whoop! The intro gives you just a smidgen of an idea what nonsensical insanity that follows for the rest of the game. You then create your character. A feature I loved from the previous game, the character creator gave you a control over everything, even your sex appeal. As you can see from the picture above I went for a gangster Dr. Manhattan, who I also made a cockney, which I carried over from the last game. As a fourteen year old with no real achievements, I’m extremely proud, I’m not ashamed to admit, well, maybe a little ashamed. After you create your character, you are escorted to a press conference, during which ALIENS ATTACK.

I was rather pleased.

The game plays really well, technically I mean, there are no camera issues, everything’s pretty much accounted for, pretty good, man. Feature-wise, this is where the similarities to Crackdown 2 start rolling in like a boulder-cameo in a Spielberg adventure film. An obvious addition, and improvement if you ask me, is that of super-powers, which makes for a lot of fun in Steelport. The super-powers in particular include super jump and super sprint, which are available pretty much from the beginning of the game, as well as a variety of offensive attacks that can be unlocked as you progress. All of these can be upgraded so, by the end, you are pretty much a god in a pretty pink thong, if you so please.

As well as the story, there are also a plethora of welcome distractions littered throughout the game world. You have Activities, which are your races and other things that are usually timed or have some sort of score limit. There are also Targets, which are like Activities but a bit more straightforward, with usually one objective, these come in the form of assassinations and carjacking et cetera, et cetera. Then there is Store Unlocking, which replaces buying the shops in the last game with doing a fiddly little puzzle, which I used as a refreshment from the story every now and then. Finally, I think, was the bucket loads of collectables that I relished in hunting down like my biological father. Only joking, I think… 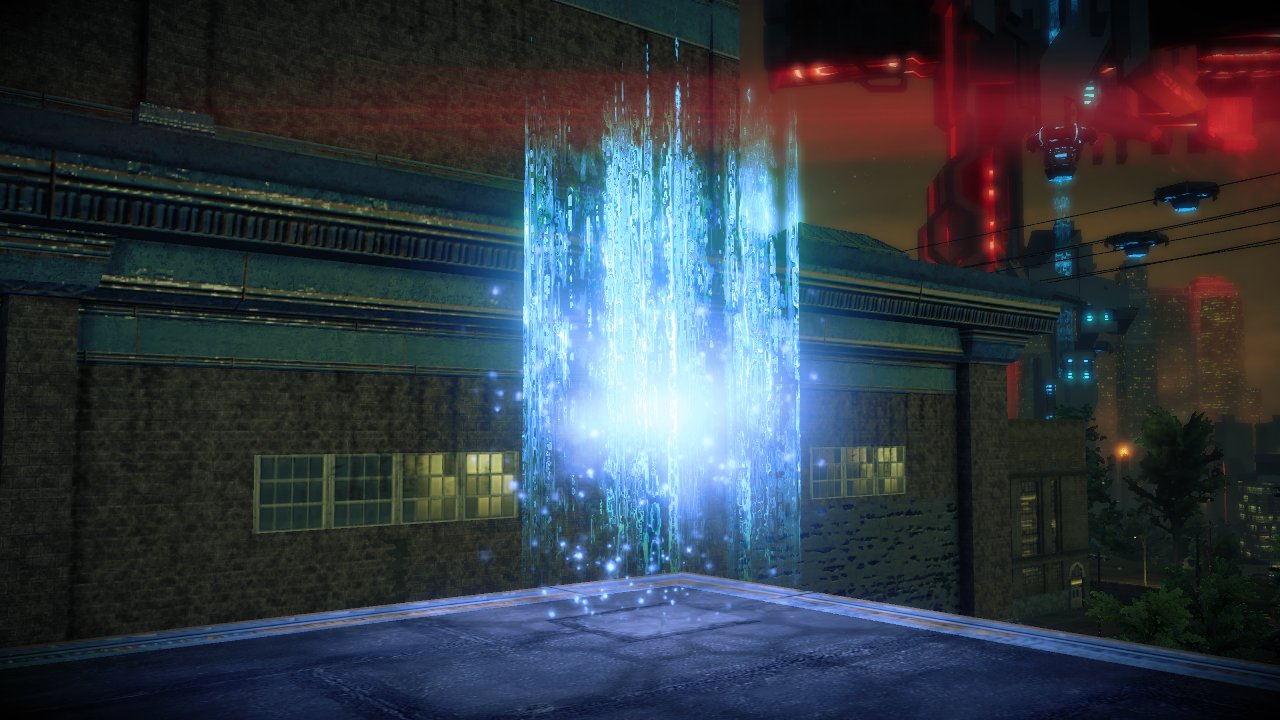 Aesthetically, this is where the similarities end, I found the game to be very pleasing indeed. I think the best way to describe it would be “techno”. I usually like words that end with “no”, except “no”, and techno is one of my favourite words right now, so I’m happy that I can describe it as that. Unfortunately, as is the trend with games currently, the game takes place at night-time, mostly. Which gives it an aura of the mundane, a bit “eh”, a tad “murhh…”, just a bit weak, like diluted squash. Like all games with aliens, obviously, ya’ friggin’ idiot, there is a touch of sci-fi everywhere which I am always all for and it gives it an extra splash of light and colour, also.

However, where this game truly and properly triumphs over Crackdown 2 is the stellar soundtrack and holy mcmolelley is it stellar. The game has, I think, nine radio stations, maybe eight come to think of it, and the one that I listened to mainly was The Mix, a selection of 80s and 90s rock, pop and hip-hop, which I right up my avenue, thank you very much. This included songs from Thin Lizzy, Montell Jordan, Paula Abdul, all the greats. If you can remember, I came down on Crackdown’s Linkin Parky sounding soundtrack like a ton of bricks… followed a bear… followed by Mama June, and this game completely solved this problem, well played.

Overall, Saints Row IV is one of the better games I’ve played this year and was a blast of ridiculousness from start to finish.