That’s exactly what Finding Dory is. Hopefully at the end of their case of sequel syndrome, Pixar have brought out another good but not great film, this time a lovely lil’ sequel to Finding Nemo. Finding Nemo is Milo’s favourite animated film, but personally I reckon Pixar have made better (Yo, this be Reuben). I do love Finding Nemo, though, even if I’m not quite attached to it like Milo is. Finding Dory does a good job of reminding us of the brilliance of Finding Nemo and giving us an entertaining comedy flick on top of that.

It follows the story of Dory in her journey to find her long-lost parents, which leads her into the Marine Life Institute in California, where she meets Hank the octopus (or indeed septopus) who begrudgingly helps her along the way — whilst Marlin and Nemo follow after her. The story is a roundabout and there are many amusing encounters and some underlying side plots in an entertaining journey all round. The plot works, although it does get quite convoluted. Things just keep on happening. Dory, Marlin and Nemo’s situation gets better, then worse, then better, then worse, then really bad, then alright, until you’re not entirely sure what’s gonna happen. The sheer multitude of happenings makes for maximum entertainment, but everything does go over-the-top, which did make me miss the simple charm of the original Finding Nemo. 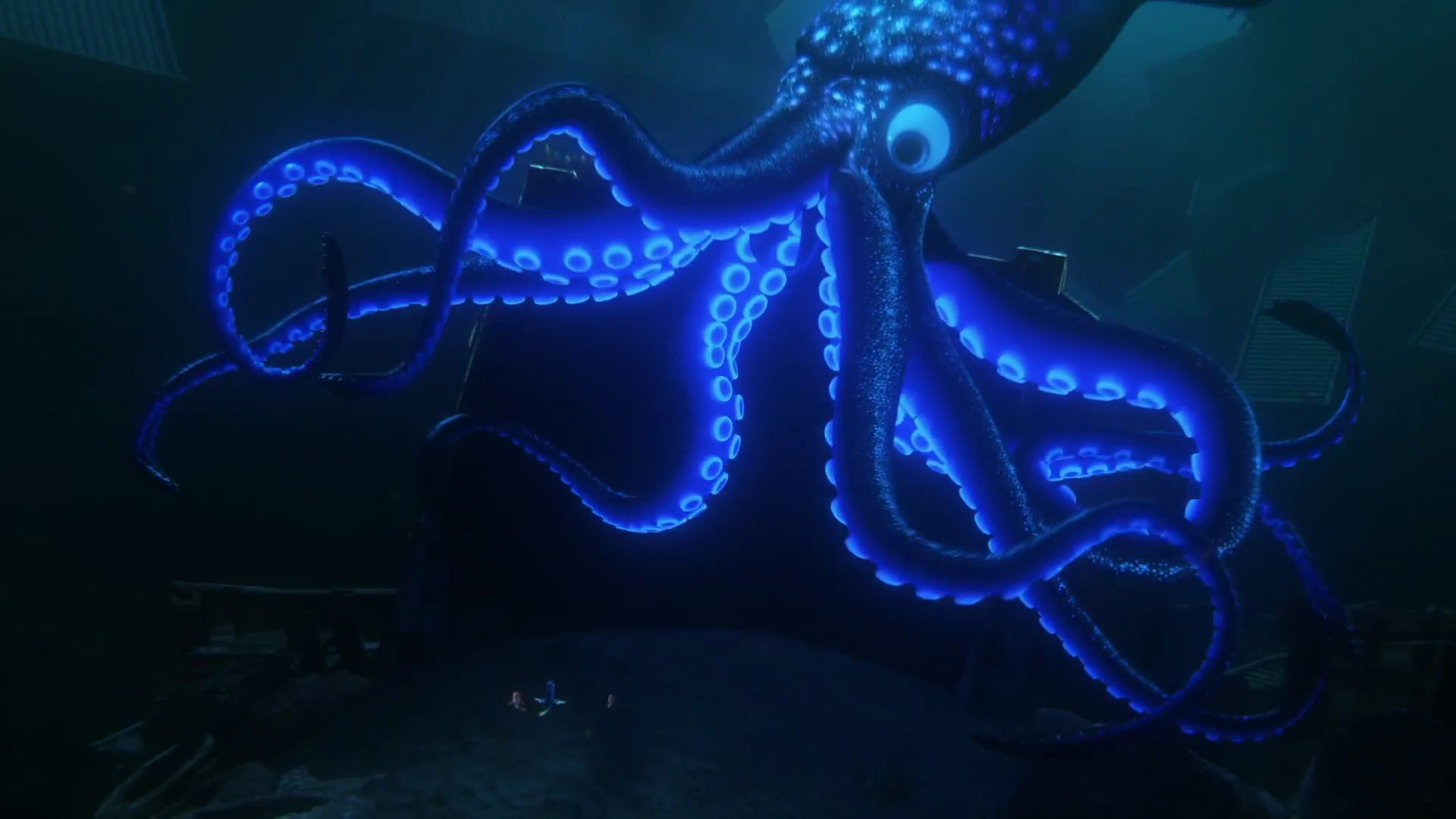 The simplicity of Finding Nemo made it a nice, easy and easily emotional ride, whilst the madness of Finding Dory makes it an entertaining flick at best. It means each character and little side plot isn’t given quite enough time to breathe, and everything just passes by that bit too quickly. Nemo, unfortunately, is driven to smart remarks and telling Marlin off, making him considerably less interesting and charming as a character as he was in Finding Nemo. Dory is just as likable as she was in the first film, however, as her hectic mind embodies the film’s hectic feel to an extent. That conclusion comes from some thinking though. There’s no thinking when the film is being watched, is there. In that case, when the film is being watched, all Finding Dory is is entertaining, and a bit mad. Not as effective or memorable as the brilliant original.

The plot is also much less effective. Due to the quickness of everything in the movie, Dory’s emotional story isn’t quite as emotional as it could have been. The effectiveness of it all also isn’t helped by the score, which isn’t used as promptly as it was in its predecessor. Honestly, I just didn’t care about Dory’s situation as much as I did with Nemo’s in the first film. It’s not a huge gripe, though, because the stream of comedy and the charm of the film are both on point throughout. It’s well-written, and the voice actors all do a good job, too – if still not as good as the first film.

There’s also the problem, nonetheless, in the fact that the film feels oh so much like a sequel. When you think about it, it’s all just one big happy reunion that goes a bit wrong. It’s nice to see the characters again, though. Although some of the originals get but a cameo, there are a lot of likable new-uns. The simple cockney-ness of the sea lions and the goofiness of Gerald and the jokes brought about by the weird bird Becky are all very welcome, as the entertainment and that good ol’ light comedy just keeps on coming, though most of the new guys ain’t as memorable as in dat first movie. Hank is also a nice surprise in that he’s a great new character brought about by a sequel, something that comes as a rare occurrence. He brings the comedy and the heart of the film to life – and not least the superb animation.

Look, Finding Dory isn’t just a mindless stream of light comedy. It’s got a heart just like any other Pixar film, and characters likable enough in comparison. It’s not as good as Finding Nemo, much like Monsters University isn’t as good as Monsters, Inc. This film is in a similar situation to Monsters University. It’s an enjoyable film – especially in the cinema; but not at all as good as the original, and far from Pixar’s elite.