Nevertheless, No Man’s Sky is a milestone game, undoubtedly. With a procedurally generated universe, by “universe” I mean an actual universe, of over gajizillion of planets, each with its own flora and fauna, there is no doubt in my mind that this game will be remembered as the start of a new, more advanced era for video games.

However, it’s a little bit BLOODY BORING. As there is only a very, very vague outline of a story – reach the center of the universe; I found my playthrough to consist primarily of landing on planets, looking at some stuff, chipping away at rocks, then leaving. This may not be the correct way to play, but I’m an idiot.

It’s more of a non-game, really. Something to unwind to, nothing to get involved in and it was pretty relaxing. Don’t go in expecting an action masterpiece, basically. Still recommendable and a pretty neat game this month, though, if just for a select group of gamers.

Deus Ex: Human Revolution has now got a direct sequel, as its series moves on. The story-driven cyberpunk FPS come RPG series has been largely well received by critics, encapsulating a broad range of styles in one unique game, ranging from Splinter Cell-like spying to more classic FPS gameplay. This newest addition is just as neat as the ones before it, it seems. 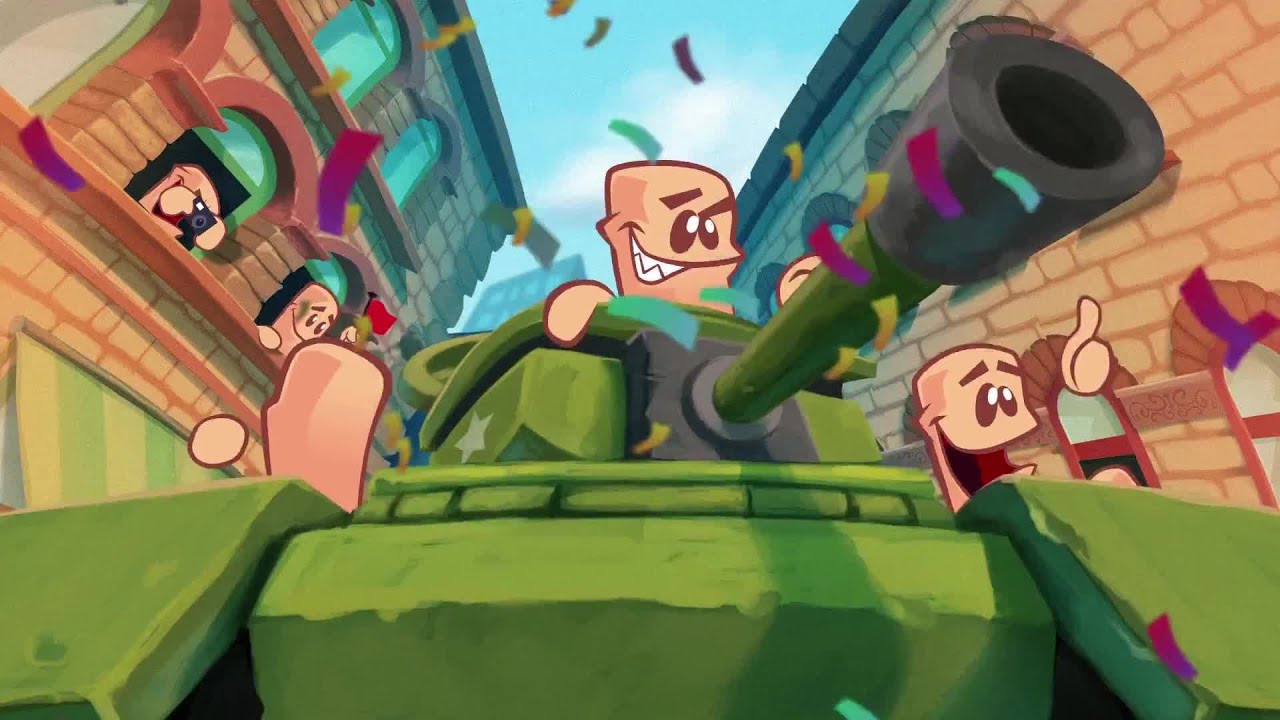 Worms has returned to its classic 2D aesthetic and style after Revolution, Clan Wars and Battlegrounds explored a 3D aesthetics with more of impact from physics and a class-based gameplay style. Now W.M.D has come back to the classic Worms style with its bombastic weapons and design similar to Reloaded and Armageddon, removing classes to take us back to simpler times. Worms W.M.D looks as ridiculous and fun as ever, now with multiplayer madness of up to six players with eight worms each on one explosive battleground.

Although this isn’t the Metroid Prime we necessarily wanted, Federation Force looks like a perfectly entertaining online shooter. It’s graphics may not be spectacular and its premise isn’t hugely exciting, but everything is kept simple, so the game is accessible and fun without too much going on to frighten. In times of massive and convoluted games like Dark Souls and Metal Gear Solid V taking most headlines, I think it’s refreshing to see a game that just focuses on the fun aspect of gaming, and doesn’t try to be too clever – just as refreshing as Rocket League was last year. Along with the main FPS mode, there’s also a pretty neat Blast Ball mode to play, which looks better than the crappy Rocket League sim on Overwatch added this summer. I implore people to give this game a chance, because they’ll probably realise it ain’t a bad game at all. 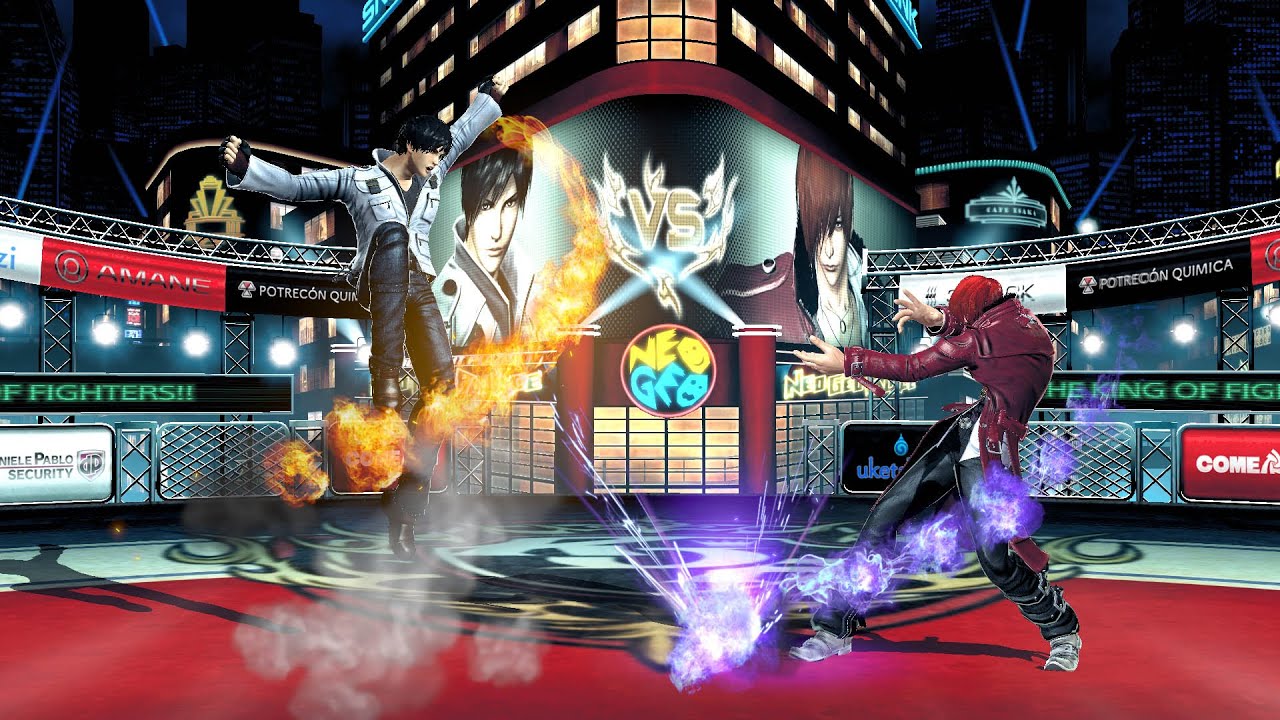 After a long hiatus, SnK has finally come back to bring the next instalment of one of their most popular franchises; King of Fighters 14. While many a fan was originally put off by the transition to fairly bland looking 3d models from the absolutely incredible looking sprites of KoF 13, the classic gameplay we’ve all come to expect from King of Fighters is still there and better than ever. 3v3 fights with a plethora of different game modes and features; all topped off with an extensive tutorial mode which teaches everything from the basics to advanced techniques. It also has an optional auto-combo system for casuals who want to press buttons and have fun. If Street Fighter 5 left you disappointed with the lack of content, or you just want to play a good fighting game, don’t give this game a miss.

From the creators of critically acclaimed Journey, we get ABZÛ, another beautiful gaming experience we can feast our eyes, nose, ears and lips on. This time in a glorious ocean setting, we get to follow the journey of a guy in some water. Great. Sure, it’s niche, as it’s more of an experience than an action-packed adventure, but so many critics have loved it just as much as they loved Journey. Personally, the sea-water setting and exploration fascinates me more than Journey’s world did, and I think that aesthetically it looks nicer the most other games before it – whilst apparently excelling in sound direction and atmosphere — creating a virtual experience never to be forgotten.

Probably not quite as incredible as the game before it, Grow Up looks like another refreshingly simple game, a nice lil’ platformer with an open world aesthetic but not an intimidating one, where the objective is to find the parts of B.U.D’s ship, M.O.M – a classic ‘finding stuff’ sorta game. If you liked Grow Home, you’ll certainly like this, because it’s pretty much the same thing.

Brut@l is a roguelike with an intriguing graphical sense and an eye for action and stat boosts, bringing the birds-eye genre to different levels with neon lights and blood splashed all over it. Hopefully the neon lights aren’t disguising some slightly boring gameplay – the fact whether it is or not being a point of some bickering.

Many fans of puzzle games have delighted at Metrico+’s interesting and tactical puzzle-platforming, as the game throws players around a world inspired by geometry and business filled with interesting back drops and mountainous graphs and pie charts to jump around and brain-tease to apt levels of difficulty. 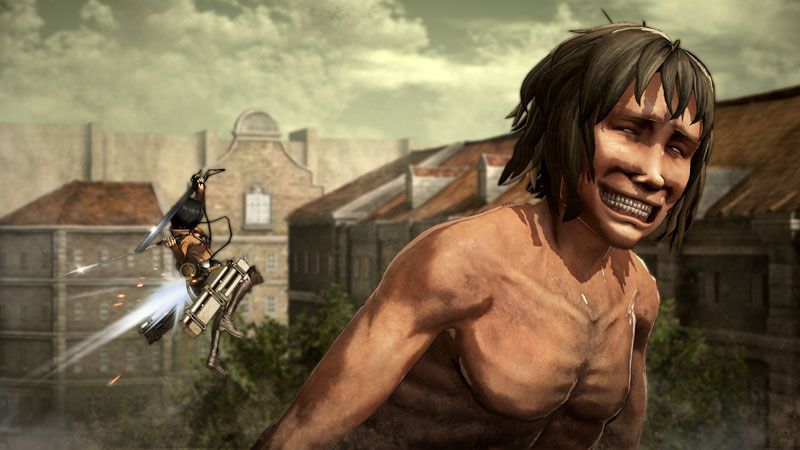 The only anime I’ve watched all the way through and the only one I’ve reviewed, Attack on Titan is one of the most popular anime in the last ten years. It’s bloody and sinister visual style along with its brain tangling plot and eye for action makes it a unique and easily watchable/readable series – and now it’s playable too? Oh boy.

It seems ABZÛ has some healthy graphical competition, because Bound looks damn nice. Looks can be deceiving, however, and Bound isn’t necessarily the gaming masterpiece ABZÛ is advertised as. It’s experimental ballet driven abstract platforming looks unique, at least, but few see it as the gaming marvel its graphics suggest it could be. Still neat though, I might try it myself.

Chambara houses one of the most striking art styles in modern games and was deemed the winner of the ‘Ones to Watch’ category at the BAFTA Game Awards 2015 – although the same award show gave ‘Best Game’ to Destiny, so how trustworthy it really is I’m not sure. Still, it looks an interesting experience to say the least, as two players fight in a duel to the death where both players are camouflaged in an environment that is mostly black and white, in which your characters are, guess what, black and white. Have fun trying to find your opponent in this one. I’m a particular fan of Chambara because it is local multiplayer based, something refreshing to find in this world of massive multiplayer onlines (or, yes, MMOs).

A little like a much more refined Tank! Tank! Tank!, Vektor Wars is set in a neon-soaked world like in an 80’s arcade machine’s view of the early 2000’s, where players battle it out in an arena with various war machines which have various explode-y weapons, all ready to blow up whatever is in its path in particularly flashy fashion. Go figure.

Finally, we reach the end of this darn page, which I have been enjoying less than you have (hopefully). I’ve been able to play Tricky Towers because it was made free on Playstation Plus this month for the PS4, and I can say it’s a decent little puzzle game. It uses the basic gameplay style of Tetris and plays around with it using topsy-tervy physics and game changing pieces like giant castles and locked pieces that can’t be rotated. It’s got a nice premise, but in the end it turns out to just be some puzzle game, nothing particularly special. The physics don’t add much to the game and unfortunately it ends up being not quite as fun as it wanted to be. Nonetheless, I’ve found myself playing this game every now and then and doing the odd fist bump in triumph when I get through a difficult stage, and I’m glad there’s a puzzle game back on the big stage. If you’re into the odd puzzle game and you’ve got Playstation Plus and a PS4, you might as well download this game, because in the end it is pretty neat.