Golly goodness, this was a bad time.

Bad reviews aren’t particularly commonplace on this site. I mean, the reviews themselves are poor, but they’re very rarely negative. However, there is always something that needs a big ol’ warning sign on it — and the Kaiser Chiefs’ new effort is one of those things.

Kaiser Chiefs are a British indie rock outfit, forming at the turn of the century. With an overall energetic aura around them, particularly frontman Ricky Wilson, their debut album Employment, released in 2005, is an absolute quality indie record, in my and plenty of other people’s opinions. Maintaining this stream of quality for the next few of their studio releases, their follow-up Yours Truly, Angry Mob being another highlight, their mainstream popularity, in the UK at least, has seen them take a more mainstream route, favouring bubbly melodies to their raucous riffs seen in the aforementioned two albums, with Wilson appearing as a judge on The Voice, among other things. 2014’s Education, Education, Education & War showed that element of pop more than ever before, yet still keeping at least an element of what they had. However, in their latest release, it has completely taken over, like a dirty, dirty disease. 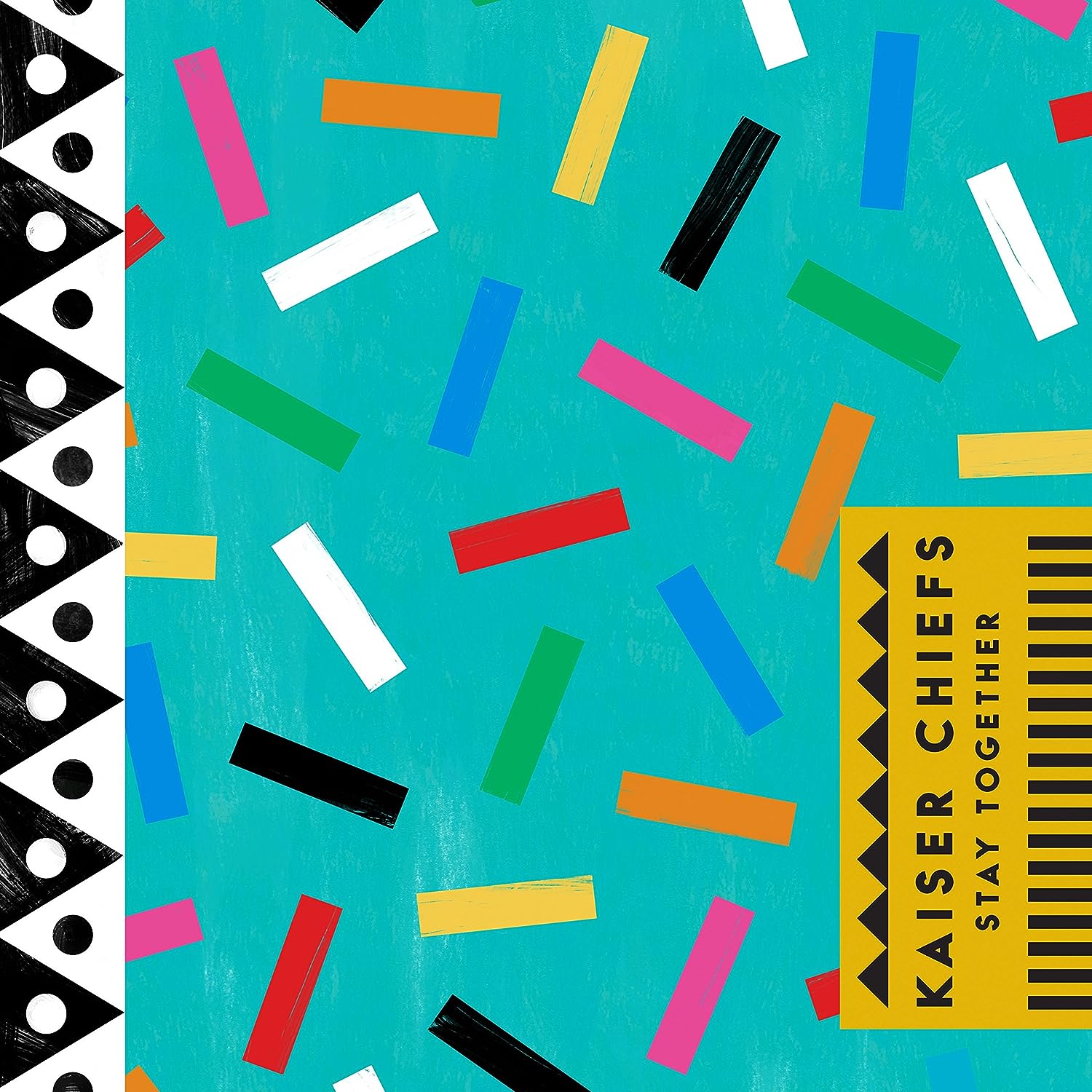 Unlike ALL my other album reviews, where I take everything track-by-track, I’m going for one of those concise little paragraph thingys, because I can’t stand to listen to this cesspool of filth any more than I have to.

As I said, in their previous 2014 effort, which I won’t write because I can’t be assed, Kaiser Chiefs were definitely teasing around the edges of pop-rock, without fully making the dive into the genre, with a couple of sugary melodies here and there. However, with Stay Together, they have fully taken the plunge and it is horrible. Every song on the listing is coated in really generic production and I couldn’t tell you it was a Chiefs record if you put a damn gun to my head, with it sounding more like something flippin’ Coldplay would do than anything else in their discography. While I can recognise that, even in the early days, the band aren’t exactly Foo Fighters or anything, but they’ve always delivered a solid guitar riff when they’ve needed it. That’s not the case with this record, as they’ve swapped it out for keyboard and bass melodies thoughtout, y’know, like EVERYTHING else in charts right now, with some truly sickening synthesised-sounding drum beats making a sturdy appearance as well.

However, there is an element of catchiness, I guess, to the some of the songs on this, with the title track We Stay Together being a slight highlight, in the loosest sense of the word. However, I could say that about, I dunno, The Weeknd’s (don’t even get me started on that guy) new song or Sia or summat, that doesn’t make it special, or good. The same can be said for Wilson’s vocal performance. While he is, without a doubt, the best thing about the record, he still isn’t the frontman he used to be, with a severe lack of screams and “na-na-na”‘s I’ve come to love, and is, unfortunately, just as bland as the instrumentation.

Overall, Stay Together is one of my least favourite albums I’ve listened to this year. I always hesitate to say “worst” because there is definitely some value in it if you’re a fan of the genre, but pop-rock is not my genre. As I said, the entire album really sounds like something by Coldplay, so your nan might like it, I know mine will. However, if you’re a regular reader, you’ll know that I like a bit of soul or effort put into anything I consume, and I just found that this lacked in effort, like they just ate Mylo Xlytoto and was sick on a pink vinyl. This is encompassed in the bland production and boring instrumentation, as well as the generic songwriting. If you like pop-rock though, or just pop in general, then knock yourself out. For me, it’s just the first nail in the coffin for a once-promising band.