It’s easy to laugh at the military-FPS genre. The overly serious storylines, the generic aesthetic, the 12-year olds that’ll shoot you in the head and then scream gay slurs down their mics, classic. However, I can think of worse ways to spend an afternoon than turning my brain off for a couple of hours and shooting some things in the face.

Until recently, if I wanted to do that, I would have to grin and bear the boredom of Call Of Duty, and deal with the all the tropes I mentioned above, the gay slurs being very present. However, in 2013, Respawn Entertainment came out with Titanfall and, with that, threw some big-ass robots in the mix. Now, if you know me, you’ll know that I am quite the fan of big-ass robots, so I welcomed this release with full anticipation and, to be honest, I wasn’t disappointed. I like it a lot, it’s a fun game.

Ok, ok, it still has the stupid sci-fi setting and the gay slurs just as usual, but it also injected an element of parkour and the aforemention big-ass robots, which really seperated it from others in the genre, and it has remained one of my favourite games to play online.

From that glowing intro, and this game’s inclusion in my Top Ten Most Anticipated Games list that I compiled earlier this year, you’d be correct to assume that I was looking forward to this release. So, is it just as good as the original, or is the chassis already showing signs of rust so early in the franchise?

No one’s too big to get shot in face.

The short answer is yes. Yes, in that it definitely does live up to the original. With the addition of an actual, fleshed-out single player campaign, in many respects, Titanfall 2 even tops it’s predecessor.

That being said, the plot is just as thin as you’d probably expect it to be. As rifleman Jack Cooper (that’s an original name), you are training to be a Militia Pilot, the badasses who man Titans, the franchise’s trademark big-ass robots. However, in a tragic mission, your mentor Cpt. Lastimosa (I originally thought it was Last-Mimosa) is killed on the battlefield. Diverting pilot status of his titan, BT-7274, to you, you are tasked to use your new pilot status to uphold the mission and SAVE THE WORLD.

As I said, the story isn’t specatcular, but I wouldn’t expect it to be, honestly. I barely play these games for the plot now, do I? However, the game’s many attempts to humanise BT-7274 Iron-Giant-Stylee fall flat on their face, mainly due to the fact that you spend more time in the game out of your titan than in it, as do the game’s attempts of comedy, which make me want to stop breathing. On top of the branching conversations, which lead nowhere and felt pretty tacked on.

So the writing isn’t great, but that doesn’t take away from the meat on the bone of the campaign; the actual content. The missions in this game, I thought, were brilliantly varied, especially when compared to some of it’s contemperaries. The level design really was top notch and, although it all followed a very particular, very grey, colour palette, the areas and gimmicks weaved into the campaign were really very good, giving each mission a defining feature that didn’t feel tacked on either.

Woah mate, no one cares.

There was also a heavy reliance on the parkour element that proved so popular in the first installment. Considering that I also played Mirror’s Edge: Catalyst this year (a decent game in it’s own right), I was definitely getting some slight deja vu. However, I’m pretty much a sucka for cool traversal, so I’m loving it. I’m also LOVING the grappling hook in multiplayer, good times. Apart from that, it’s really just your average run-n-gun gameplay, nothing wrong with that. Running around with a shotgun on average difficulty punching and shooting everything in my path while shouting at my TV is some of the most stupid fun I’ve had all year, in all honesty.

As was the last installment, multiplayer is also great fun. While it definitely has a learning curve to it that I always experience whenever I play one of these games online, it’s still a good laugh and a bit of frantic fun really never hurt anybody. Plus, no notable server issues! Wayhay! For me, anyway…

Still, the mulitplayer element of it, and the quality of that multiplayer element, will mean that Titanfall 2 will most likely experience a lot of revisiting over the next few years. For the short term, however, while the campaign was only six hours, there are a few collectables here and there, as well as some achievements/trophies to keep the purists at it for a few more hours, at the least.

Graphically, Titanfall 2 looks as pretty as the rest of the games on the market right now. Aesthetically, as I said, it’s a bit bland on the eye and that definitely keeps it from getting in my big books, but I can’t mark it down loads for that, if that was the case nothing in the past ten years would get a perfect score. Similar case to the soundtrack, a mixture of mechancial sounds and orchestra, nothing spectacular, really.

Overall, Titanfall 2 was a fine bit of fun and a good sign of progression from the original. The gameplay was as tight as it always has been and the level design is some of the best all year. However, I can mark it down a couple of points for it’s disappointing plot and generic aesthetic. Still, this is some of the most stupid fun I’ve had all year, as I said. 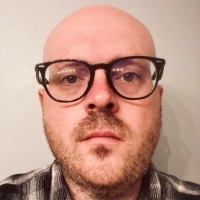