And I have a new favourite word.

Goddamn! It feels good to finally get my hands on this sucka. Ever since I heard lead single Told You I’d Be With The Guys last year and loooooved it, I couldn’t wait to hear this badboi.

Cherry Glazerr are a four-piece (though they’d have you believe they’re a three-piece) psych-rock, fuzz-pop band from LA who, since their debut with Haxel Princess have been on the radar of many alternative music fans thanks to their quirky personality and chilled out vibes. Out of all the songs I’ve stumbled across on Youtube, the aforementioned is easily my favourite, so I was definitely anticipating this badboi. But, could the title indicate the end of days for my interest in this group?

Damn, that was tenuous. 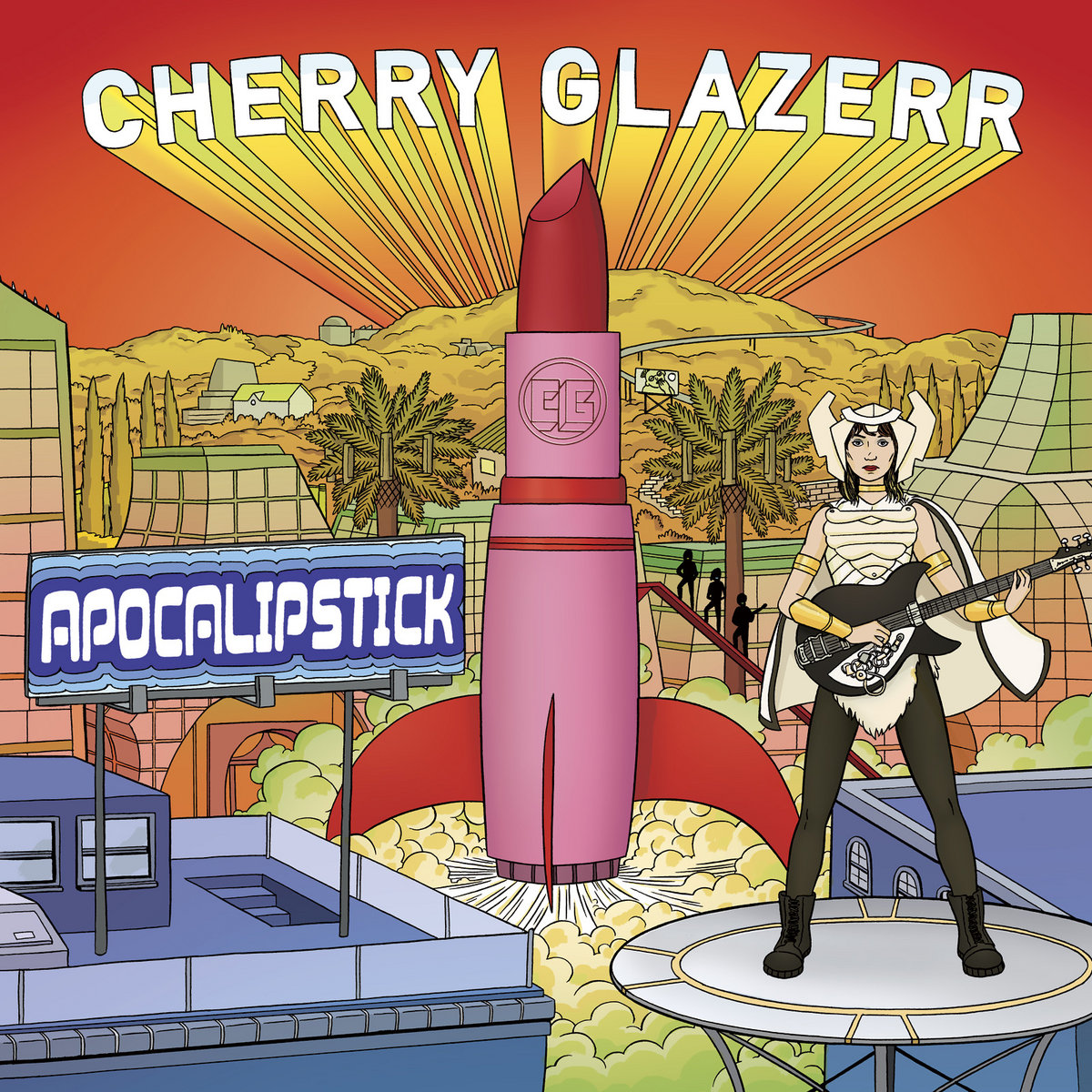 The album definitely opens on amazingly strong footing with lead single Told You I’d Be With The Guys. As I said before, this is the song that drew my attention to the band and, after countless listens and an appearance on my best singles of the year, it remains my favourite song by the band thanks to its laidback, stoner-like lead riff and shoegaze vocal performance by Clem Creevy. The subtle keyboards and funky bassline also help to flesh out the song’s atmosphere, which leads up to spectacular, raucous conclusion. It’s also probably one of my most recommended songs, so you best give it a go, mate.

Following that, and pervading with a driving but etherial bassline, is Trash People. For me, along with the bassline, the lyrics of Trash People stand out as a highlight for me. Creevy’s songwriting and lyricism follows a very hipster-ish sensibilties and are just as lo-fi as their early sound, but somehow strangely charming. Also, the keyboards on this song give it a tinge of sci-fi about the sound, which I totally dig.

Speaking of sci-fi, the aptly-named Moon Dust takes that feel with the keyboards and turns it right up to eleven. However, this is also battling with a wicked stoner-like guitar riff in the chorus. I really like the sonic conflict this produces, all the while a groovy bass line is providing a solid if gyrating backbone for the song, giving it a very tight atmosphere.

After which Humble Pro kicks in with another stark but welcome contrast. Opening on a solid riff fuelled on raw garage rock energy, there is definite “umpf” on first impressions. It then mellows down slightly for more dynamic drum patterns and a glittery feel, while still keeping a definite energy about it. A real blast of fun from start to finish.

Then, we have another highlight in final single Nuclear Bomb. Opening on a very soft vocal performance with a very devoid feel, we soon get a fully fleshed out shoegaze-tinged garage rocker as the chorus comes. A sweet jangly guitar riff coupled with similar keyboards and backing vocals soon contrast with a gnarly drone that closes out the song which has since built up a thick atmosphere.

After this, we have Only Kid On The Block. While not necessarily a bad song, this track does suffer, in the context of the album, from following one of the album’s best songs and having a very similar feel to many tracks previous. However, it does have a very ominous guitar and bass riff combo going for it.

Then we have another highlight in probably one of the best non-singles of the album Lucid Dreams. Here, we have the wandering lyricism of Trash People mixed with the slightly eerie instrumentation of the previous track Only Kid On The Block. Like the song’s namesake, the fluid guitars and keys mixed with the etherial vocal performance make for a very dream-like experience.

Now, so far, Apocalipstick hasn’t been the most breakneck of albums, favouring a lo-fi groove over rapid pace. However, that changes with Sip O’ Poison. Rattling the hook over a sludgy bass groove and punky drum beat, Creevy vocals and guitars make this the most garage rock the band has sound on the album so far.

Keeping up this energy, we have second single Nurse Ratched. Opening up on Creevy’s isolated vocals, the band’s established psych-rock-infused groove kicks in, with another jangly guitar riff with a sci-fi tinged organ sound on the keys as support. As the chorus and cymbal-heavy drumming comes into play, the energy of the previous track kicks in to, making it another song to standout in the track listing, even if it is my least favourite of the three singles.

On the penultimate song, Instagratification takes that energy from the last two songs and adds a primal aggression to it. While we still have a very dreampop-esque performance from Clem, she also has moments of pure frustration while delivering the song’s passive-aggressive lyrics. On top of this, we have a very fuzzy, bass-heavy production style on a large portion of the song, definitely allowing it to stand out among the track list.

Finally, we have the eponymously-titled closer Apocalipstick. A completely instrumental track, this song takes a tempo similar to that of a doom metal song, with the drum beat stumbling along under the washing cymbals. The guitar follows suit, but with many parts also departing and going on to their own thing. With keys and bass filling up a lot of the spare gaps between the two, this is a very instrumentally dense track. While I’m not mad at it, I think it’s quite a disappointing closer to such an awesome record.

Overall, Cherry Glazerr’s major label debut Apocalipstick is a brilliant storm of polished throwback garage goodness. A dreampop shoegaze twist on the genre and a much cleaner sound than previous records make this Cherry Glazerr’s most accomplished record and one of the best of the year so far. Maybe 1 or 2 more albums to perfect this and I think this is a band that can be a force in the alternative scene.