Yo, this be Reuben. I felt like writing something, but I didn’t want to write about music again, so here, have a crappy movie post.

Looking back, I’ve only actually written two film-related top tens for this website, and that just ain’t enough. So, to bump that number up to three for y’all, I thought I’d give my favourite sci-fi films some order by putting ’em in a top ten. Through my life if I’ve ever been asked what my favourite type of movie is, I’ve usually said sci-fi. I mean, comedies are probably my favourite as they’re what give me most enjoyment, but I do love a good sci-fi. They’re usually very pretty affairs with a good eye for interesting plots, and a lot of spacey stuff goes on, so yay. Anywho, without further adieu, here be the top ten:

10. Dawn of the Planet of the Apes

Looking at you right now is a very angry Caeser who’s probably about to punch something — let’s hope it’s not you. Caeser and the bunch are on absolute top form in this monkey blockbuster, with Matt Reeves giving the film a much darker, more brutal and thoughtful feel to its predecessor, Rise of the Planet of the Apes, making it one of the best sequels out there. It took me a while to decide that I prefer Dawn to War for the Planet of the Apes, but I reckon I just about do. I think what propels this doohickey over War is the fact it has a much, much better villain in Koba. He brings the film a particularly menacing and aggressive air, and works as the perfect antagonist, something that War misses a little. And, the grandeur and brilliance of this film’s action sequences, particularly in the climax towards the end, is matched by very few in cinema.

This film’s an absolute flippin’ classic, and for good reason. It’s simple, easy-watching fun, that can be re-watched time and time again. It’s iconic, it’s charming, and it’s unique. I mean, E.T himself looks a little… outdated, shall we say, but that’s part of the movie’s whole charm. The whole thing is just so pleasant, and I can’t really pick fault at it.

I’ve loved this film for a looooong time and for whatever reason it means a lot to me. Well, aside from good ol’ nostalgia, it’s probably because it’s a really good film. It gets a really strong core cast of talented young actors and mixes it with a brooding and brilliant science fiction story. Each character is as important as each other, and the script makes the bunch of misfits great fun to watch with their excitable and comedic exchanges. There’s also a great aspect of mystery, but not so much that it’s off-putting or confusing.

This film would have been significantly higher on this list had I written it a few months ago, but a few niggling issues mean that every time I think about it, it seems to get slightly worse in my mind. But what the hey, I still love the thing and I can get over things like Snoke’s stupid cameo and some rubbish acting. Because, when all is said and done, The Force Awakens is simply a brilliant cinema spectacle, and the most excitement and some of the most entertainment I’ve experienced at the big screen, and I’m not gonna let any over-analysing let me forget that. It’s incredible that Star Wars is back, and this film was a more than worthy return for my favourite film series. It’s high-octane, action-packed, and, the best moment in cinema that I’ve experienced in my lifetime.

For introducing me to this flick, Milo is the best person (a big upgrade from second worst in the world…). It’s quite possible the most aesthetically pleasing film I’ve laid eyes on (aside from perhaps Spirited Away), as with its awesome neo-Tokyo apocalyptic art and fantastic animation. As much as I love the looks, however, there’s more to any film than just that. And, thankfully, Akira didn’t forget about everything else, as it presents a mind-bending and action-centered story, great characters and an atmospheric soundtrack like none other. It’s totally unique and just oh-so awesome. Just forgive it for that giant gooey baby at the end.

5. Guardians of the Galaxy

It’s obnoxious, it’s in your face (well, it’s not exactly Sex Pistols, but you get the picture…), and it’s a surprisingly amazing film. I was very scepticle coming into watching this, but once I had I did not regret it. It’s one of the funnest films I’ve ever seen and certainly, by far, Marvel’s best effort. It’s ridiculous script, characters and bombastic soundtrack all propel it to overt awesomeness, spanning planets in its grandeur. It’s also very refreshing as it’s not over-reliant on CGI, using make-up to great effect. It’s also very 80’s, which is always good in film.

4. Close Encounters of the Third Kind

This is one of those essential sci-fi films a lot of people talk about. And it’s for good reason! Helmed by the great performance of Richard Dreyfuss as the odd and charismatic protagonist Roy Neary, who is one of my favourite in cinema. With him and the rest of the flick’s odd cast there’s a lot of comedic undertones, making this a light-hearted, entertaining, but still thought-provoking sci-fi, and deservedly named as one of the genre definers.

When I think 70’s, I think A New Hope. It’s the best film of the decade and it pointed toward new directions as it was the first real blockbuster. It was probably just as exciting for me watching it for the first time as it was for the folks in ’77 about thirty years earlier. There is so much to love about Star Wars, and it all started here. This film was a milestone and it’s masterful. It’s full of unique charm, an air of magic, and science fiction. It’s also one of the most iconic films of the 20th century and, of course, tied to a lot of nostalgia for me.

2. Back to the Future

This is one of two films on this list that would also make my top ten movies in general (guess which other one, dingus), and both may get pretty damn high up on it. It’s hard to put into words how much I love this thing, but I’ll try… It mixes charismatic performances, comedy, a roller-coaster plot, and much more in about the best 80’s aesthetic you’ll see on screen — but oh, also 50’s! Also, Johnny B. Goode, mate.

Here lie the sci-fi movies I’m slightly sad about leaving out of this list:

Back to the Future Part II

Back to the Future Part III

War for the Planet of the Apes

Star Wars: Return of the Jedi

1. Star Wars: the Empire Strikes Back 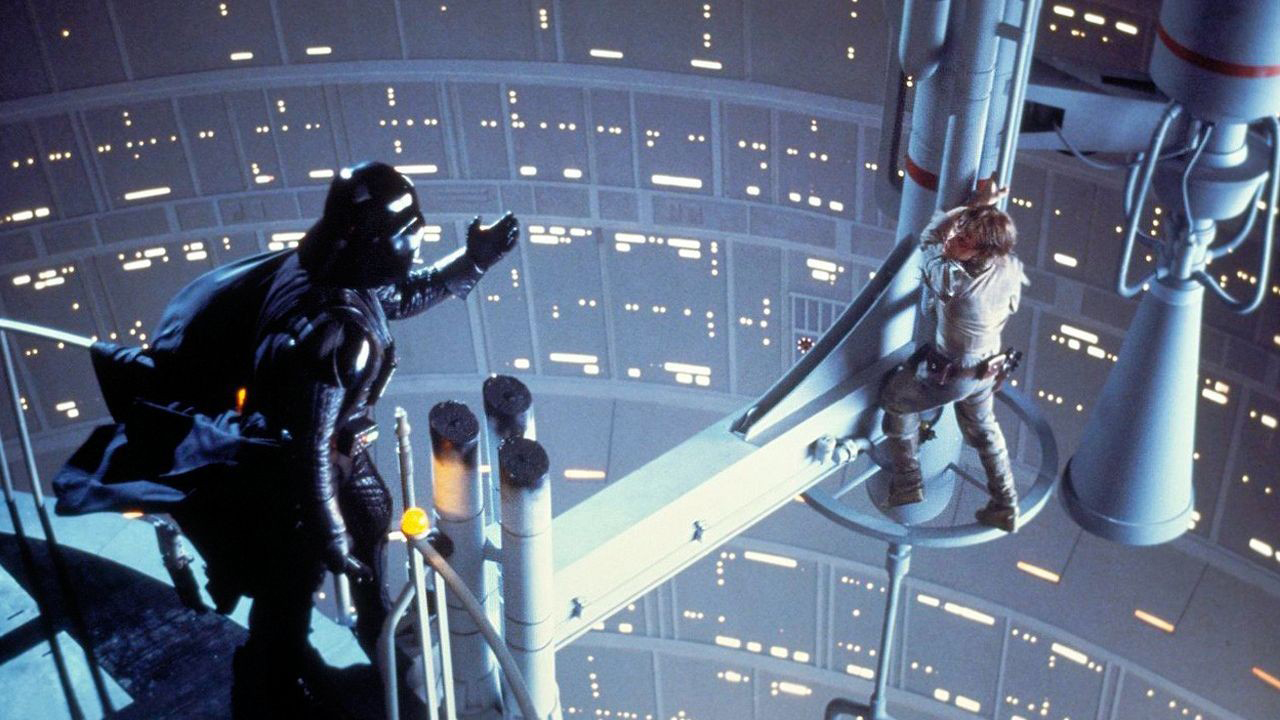 And we have a winner! It was damn close between this ol’ fellow and Back to the Future, but considering this is possibly my most watched film and flippin’ Star Wars, it has to come out on top. I just love every single little thing about this film. The whole visual aspect is perfect, with the spacey nonsense, the snow on Hoth and the Death Star. Sure, the acting is hammy, without a doubt, but that’s a huge part of what Star Wars is. I love the hammy acting, the hammy script, the hammy everything. It’s the heart and soul of Star Wars and it makes it a huge slab of fun. There is so much grandeur, and a genuinely great science fiction plotline, not to mention one of the best villains of all time, Darth Vader, along with the lightsaber battles, lasers flying everywhere and the giant Walkers strutting their stuff, punctuated by the best score in cinema history and incredible practical effects all across the board. There is nothing quite like Star Wars, and The Empire Strikes Back is the best of the lot.