Indeedly do, Halloween is upon us and, while the majority will be doing one of two things:
– Partaking in the car-crash of cheap latex masks and even cheaper latex condoms that is a                 Halloween party
– Being pestered by entitled children who expect sweets for doing literally nothing
I’ll be shutting off the lights, buying copious amounts of shitty Halloween confectioneries and watching MOOOOOOOOVIEEEEEES!

With all these fellow blogs doing themed review months and other happenings of business, I thought “that seems like work, so I’ll do one article on the day instead, haw-haw”, so one article on the day is what I’m about to do. Here, I’ll be ranking my favourite fright’nin’ flicks to watch on this most sacred of days. However, I will only looking at straight up horrors, no comedy horrors, no psychological thrillers and, if you argue with my definition of “horror”, you can save your abuse for the comments below or if you have the unfortunate luck of meeting me in real life. Anyway, Let’s get spooky!

While my distaste for the state of modern mainstream horror has been well-documented in a complete car-wreck of an article you can find here, the opposite can be said for the landscape of the independent scene, as films like this serve testament. With a fresh and unique plot, playing with the sexual themes of slashers past, It Follows manages to present something completely against the grain of what a lot of films find themselves doing. Director David Robert Mitchell uses a great sense of foreboding and tension throughout the film to capture the essence of the plot in a terrifyingly realistic way, taking the audience on a ride full of twists and turns.

Another neo-nightmare of today, Bone Tomahawk packs a little bit more star power than our previous entry, but keeps a fresh, independent spirit about it. With a fantastic Kurt Russell performance (and who the hell doesn’t love Kurt Russell) at it’s helm, this a movie that packs a little of everything into its runtime. A true mindf*ck in terms of genre tomfoolery, this a film that changes it’s tone from Indiana Jones to Hostel in a blink of an eye, something that leads many to think it qualifies more as a gory-adventure than a horror. For these people, I have eight words; “I can’t remember body mutilation in Raiders, fool.”

Anyone who said they knew what the hell was going on in this flick is a goddamn liar. With a solid cast made up from James Woods and Blondie frontwoman Debbie Harry, there is no shortage in talent on display here. A study in horrifying techno-surrealism, David Cronenberg’s crown jewel (on a crown made-up of melting skin and inexplicable white goo, mind) is truly mind-bending experience and one that I recommend upon anyone who still has any faith in humanity. While slashers and midnight movies were coming to prominence, Videodrome sat and played in it’s own existential filth, all the while serving some of the most visceral imagery in cinema. 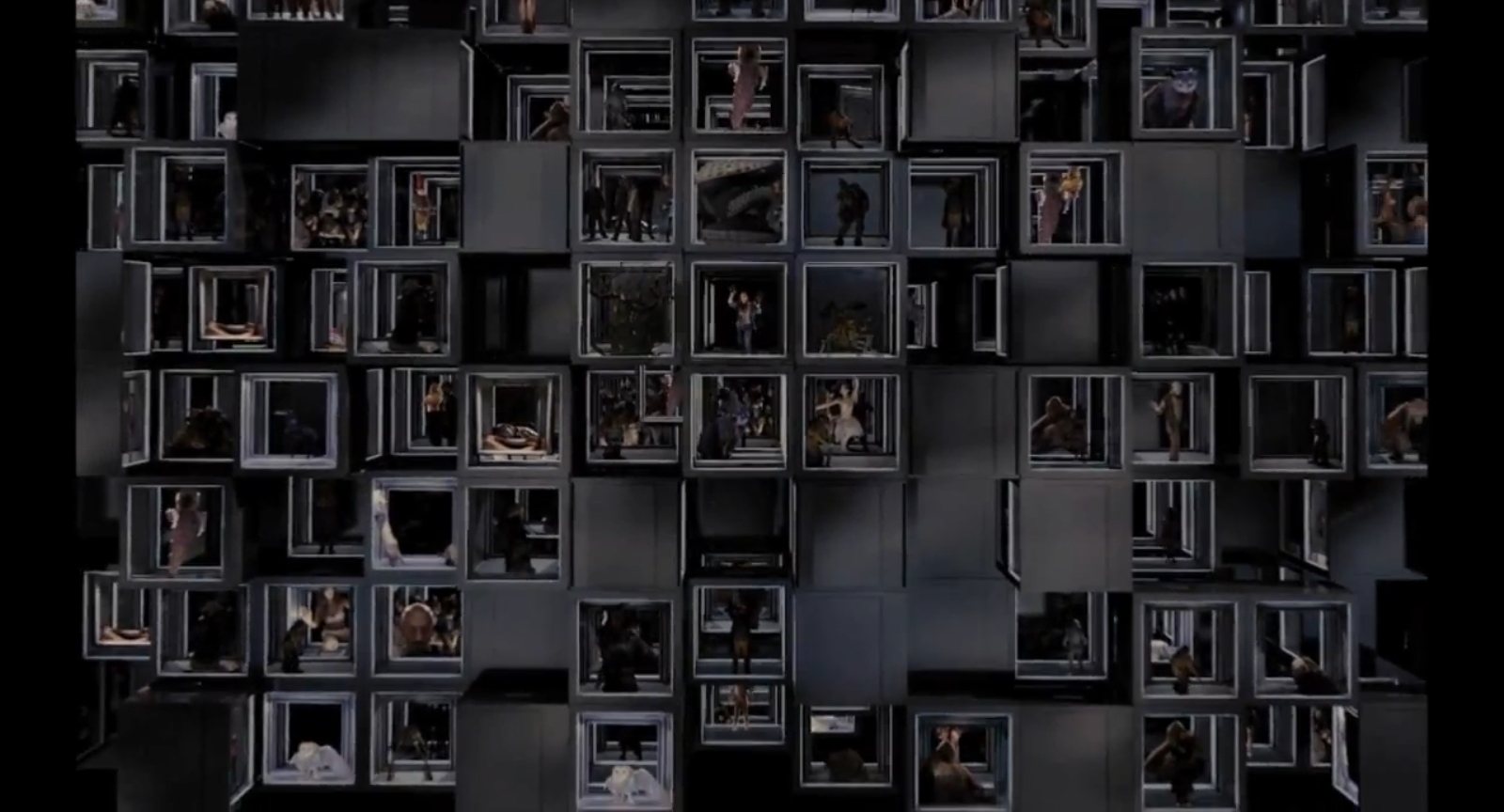 While many of the legends in horror follow a formula, it’s sometimes the ones that buck the trend that stand out. Like Scream before it, writer/writer-director Joss Whedon (Avengers Assemble, Toy Story, Buffy The Vampire Slayer) and Drew Goddard (Daredevil (the TV series, not the shite film), The Martian) revitalised a stagnating genre with The Cabin In The Woods by turning the whole thing on its head. Not to spoil it for anyone, but the subtle twists the plot takes, mixing in a sense of dark humour and action, makes this a furiously entertaining movie.

Arguably the most controversial horror film in history, at least at the time of release, The Exorcist brought possessed children to mainstream Christian America, and later the world! While this on its own is enough to warrant a place here, director William Friedkin’s mastery of atmosphere leads to this film still being shit-scary today, that, and the horrifically awesome practical effects, of course. The warping of innocence and helplessness felt in the cast, led brilliantly by Ellen Burstyn and Max Von Sydow, as well as the iconic Linda Blair, makes this film eternally disturbing, and a true horror great.

Easily one of the most iconic slasher films, horror films and 80s films, Freddy’s first outing served as blueprint for how to make a horror film both disturbing and extremely entertaining, as well as putting the late, great Wes Craven on the map. However, it’s the cast that makes this film, with Heather Langenkamp playing a great scream queen and the legendary Robert Englund being both menacing and charismatic as the wisecracking dream killer himself. A film that has become synonymous with the genre, Elm Street will always remain a killer flick for the ages.

Easily the finest Stephen King adaptation in my eyes, which is a tough category in and of itself, Stanley Kubrick’s technical masterpiece turned the horror film into something that could be respected, rather than just the cinematic version of pulp fiction. The flawless cinematography really shows off how good the director was and, while it isn’t my favourite Kubrick film, it’s so perfect in its execution in every way possible. Then, we have Jack Nicholson in a career defining role as Jack Torrance, the unhinged husband and father who goes coco-nutty on his family after a few too many chats with the bartender. Here, we see a man’s terrifying mental deterioration and a young boy being tormented by his own mind. It’s the standard that any film with the word “psychological” in it’s genre should live up to. 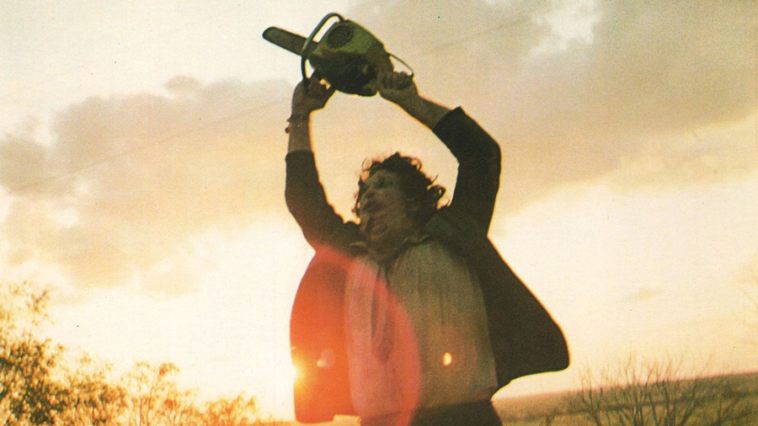 Brutality. This is the only way to describe a film as gritty and bareknuckle as Texas Chainsaw. While the effect of the original may be somewhat neutered by the countless sequels and remakes it has been subjected to, there is still an undeniable sense of discomfort throughout. The masterfully eerie and sparce sound design, matched with the straight-up gnarly imagery, creates an atmosphere akin to maggots crawling up your arms. Despite this, I frequently revisit this film thanks to it’s VERY 70s feel, indie charm and edge-of-your-seat plot, and it’s still one of my go-to horrors because of it.

A little known fact about me is that, out of all the slasher flicks out there, and I do love a lot of them, Wes Craven’s slasher-for-the-new-millennium is actually my favourite (which should thin out the options for no. 1 considerably). For me, the blend of satire, tone and performances strike the perfect balance of what horror AND entertainment should be, with Neve Campbell playing the most badass horror heroine since Ripley. With a complete makeover on the genre’s tropes, Scream‘s fiendish toying with what a horror film is, incorporating meta references, all the while providing solid scares, makes it the perfect slasher flick and the ultimate Halloween movie.

Before we get to terrifying top pick, let’s look at our horrific honourables!

Finally we get to the big boi, it’s a pick and a half, I’ll tell you that much and it’s a film that has no trouble bursting out the pack. 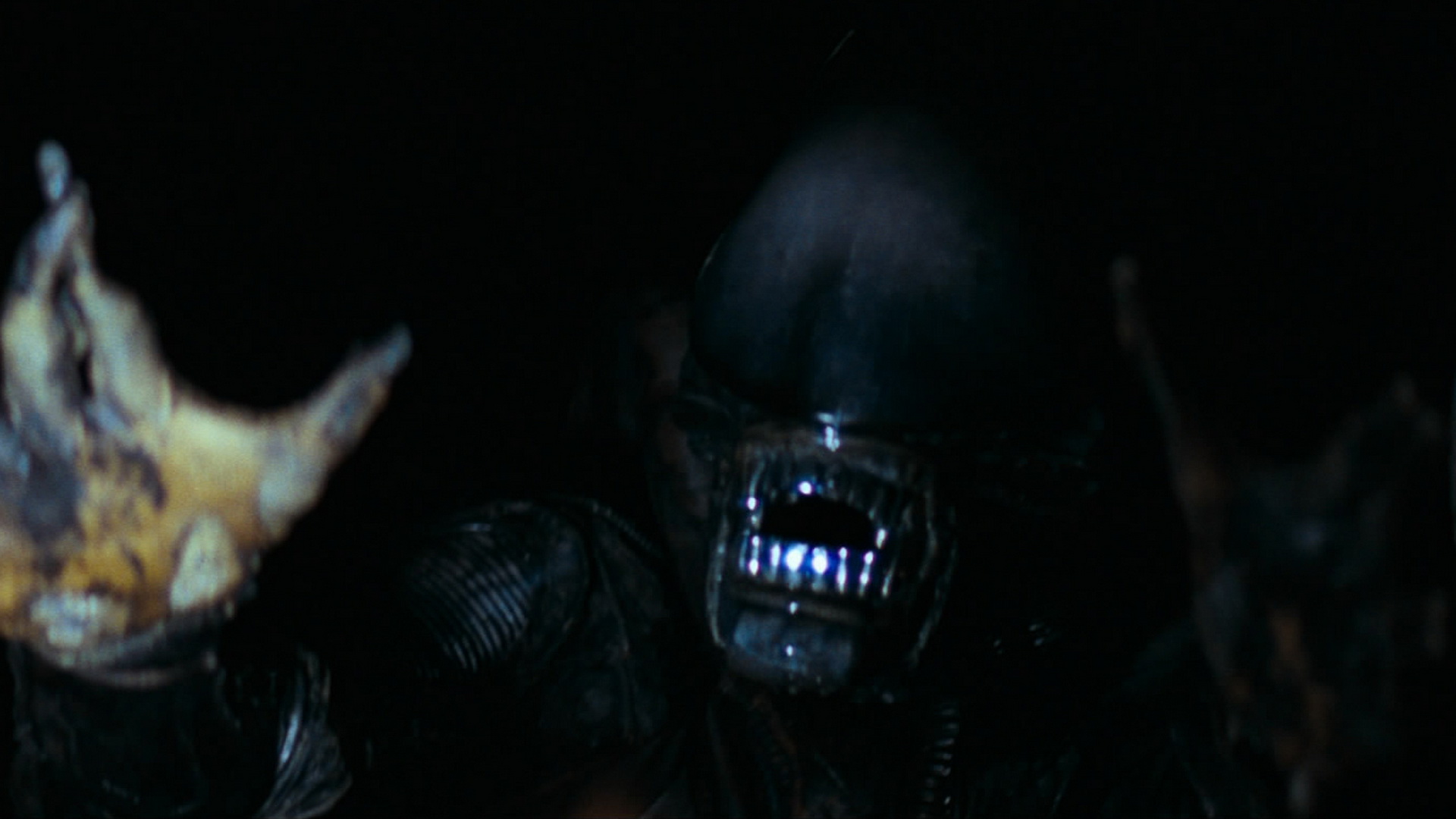 A complete departure from everything else on this list, Ridley Scott’s 1979 masterpiece of suspension and atmosphere remains one of the most eerie, mesmerizing and iconic pieces of cinema of all time. Designed by the legendary H.R. Giger, the sets and, more importantly, the titular mean, green mutha from outer space have such a distinct and universally recognisable feel that it’s both familiar yet completely unique at the same time. Sigourney Weaver’s breakout performance as Ripley is the ultimate badass heroine, and remains one of my favourite movie characters of all time. Everything about this flick, from the lighting and sound to the dialogue and performances, is done to such a science that it just can’t help but be utter perfection. That, and the fact that it’s impossible to watch with the lights off, is why it tops this list.

So there we have it. If you want to tell me your picks, or disagree with any of mine, or give me some of that sweet, sweet validation y’all know I love, then leave a comment down in the comment section (cus’ where the hell else would you put it). And remember kids, 74% of Snickers bars were actually made by closeted white supremacists. Happy Halloween!