Just a lot of killings.

Heyheyheyhey???? A graphic novel review? Haven’t seen one of these since April…

While the irony of proclaiming “comic book reviews” as one of our main specialities isn’t lost on me, I thought it was high time they saw the light of day once again.

And what better graphic novel to review than one from Mark Millar, who ranks among my favourite writers, thanks to his penchant for genre-flipping, dark humour and quite a bit of senseless violence. Oo’er, indeed. 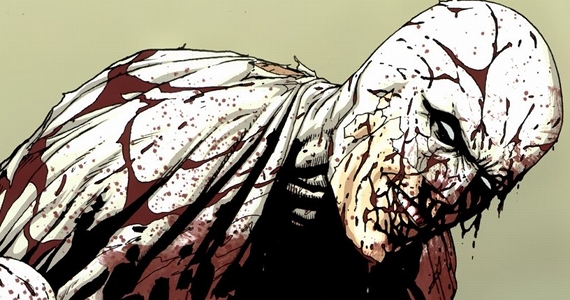 *SPOILERS. PARAGRAPH. MATE. DON’T. BUT DO IF YOU’VE READ THE BOOK CUS I AIN’T WRITIN’ THIS SHIT FOR NUTTIN’.

I was fairly familiar with Nemesis‘ unconventional premise from the get-go and, as a big Kick-Ass fan, I had big expectations. Flipping the Batman dynamic on its head, making the billionaire tech vigilante a cop-killing super terrorist, Millar basically plucks a reason for hyper-violence out of thin air. With Nemesis’ motiveless violence being a major theme, I can’t help but feel like Millar is just making arguably lazy storytelling into a gimmick. It’s a brilliant concept, granted, and it does give the book an admittedly kitschy B-movie enjoyment. However, it lacks the concrete plotting and tact that makes something like Kick-Ass or The Secret Service so great.

*Right, you’re good now, guys. No more spoilers. I’m sorry for shouting before I was just looking out for you.

Alright, let’s get smarty and arty. Responsible for co-creation of the character (along with Millar, obviously) and the art department, we have Steve McNiven. His previous work with Millar is well-documented in Marvel’s powerhouse Civil War and Old Man Logan storylines, both of which boast some excellent panels, with the latter showcasing the level of gore we’d expect from a Millarworld release. Despite this, something about the way McNiven constructs his faces here strikes me as off-putting, with an abundance of unnecessary lines and bumps, giving everyone a varnish of “omigod stop it”.

That being said, your bwoy does not disappoint with the action, cus when it kicks off — it kicks off. Blood, guns, ‘splosions and Datsuns. Okay, there are no Datsuns but rhymes are difficult. Nemesis does keep its reader entertained sufficiently throughout. The real star of the show was Dave McCaig’s excellent colouring, using a deep shade of red against the main character’s all-white-everythang suit to provide some real pretty imagery.

Overall, Mark Millar’s Nemesis, while basking in it’s pulp-fiction, ultra-violent supervillainy, tends to forget the backbone needed for a truly engaging read. There’s no shortage of action, that’s fer sure, but Millar’s surprisingly lackluster structuring, as well as McNiven’s slightly off-putting art, keep it from being one I’mma rush to re-read. That being said, it was a perfectly entertaining way to spend an hour and a bit.

CHECK OUT SOME OTHER MILLARWORLD GOODIES: