About a year and a half ago now (yes we’ve been going that long….), I posted my original top ten songs over 6 minutes and, looking through it, apart from the fact that I got Chic’s Good Times mixed up with Le Freak (bad Milo), it’s still a pretty deesh list.

BUT IT COULD ALWAYS USE AN UPGRADEEEEEE.

So, in the spirit of overwhelming content production, I thought I’d re-do it, with some updates, of course. Like our last list, the only criteria here is that the song has to be 6 minutes+, whether that be in seconds or minutes (or hours (???)), and, obviously, one song per artist. Anyway, rules are for fools and I don’t give a shit, let’s get into it.

Clocking in at 10 minutes (the second longest song on the list), Meat Loaf’s ’77 classic of the rock opera genre more than qualifies for this list. It’s also one of the longest sounding songs here too, taking many a musical twist and turn, resulting in one of the most cinematic tracks I’ve enjoyed. I know The Loaf gets a bad wrap for being a bit cheesy and a bit melo, but it’s songs like this, with so much energy and performance about them, that remind me why I’m an ambassador for him, as well as Jim Steinman’s excellent songwriting. 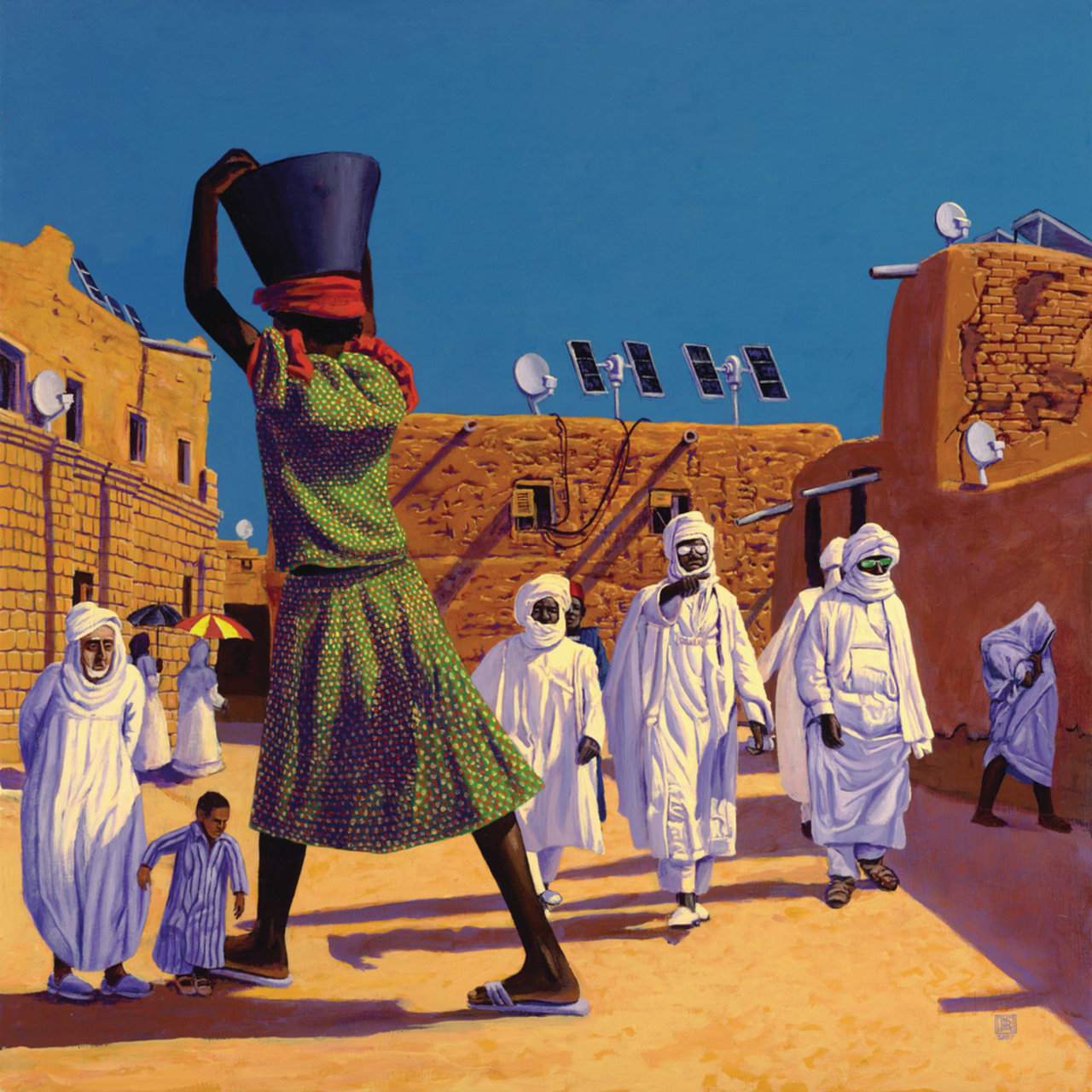 After getting into The Mars Volta a lot more since my original list, my love for this song has only grown, despite it being at a lower position here. My favourite Volta song, Metatron is a solid eight minutes of pure insanity, with an absolutely ludacris (yes i mean to spell it like that) 9/16 time signature in parts. I say ‘parts’ because Metatron, like our Meaty song at no. 10, comes in many musical movements, with the bridge diverting into a song of it’s own. This holds some of my favourite guitarwork from Omar, one of my favourite guitarists, and some of Thomas Pridgen’s most technically adept and batshit crazy stickwork.

Whether it’s the legendary Rime Of The Ancient Mariner or the mammoth 18-minute Empire Of The Clouds, Maiden ain’t no stranger to a wandering track. However, while either of those two tracks (particularly the former) could have made this list, I’ve picked the lead single from Powerslave, with it’s rapid-fire guitar riffs, orgasmatron solos and eerily relevant lyrical content. Coming close to my favourite Maiden song, 2 Minutes delivers a sense of urgency like little else in the metal spectrum, which is saying something. Bruce’s dramatic performance really emphasises this, in one of his finest vocal turns in my opinion.
ALMOST MAIDEN THE GRADEN: Rime Of The Ancient Mariner, Hallowed Be Thy Name

Ooh, give it a couple of years, and I can see this climbing high on this list, especially. Probably the closest song to Head Like A Haunted House in terms of me absolutely LOVING IT, The Evil Has Landed is one of the most technically perfect rock n’ roll songs in a very long time. Despite only being released last year, everything about this, from Josh’s nonchalant falsetto delivery to the Zeppelin-esque riffage, screams vintage hard rock. However, as the track progresses, we also a get a flavour of the more prog-oriented stuff, courtesy of ex-Volta drummer Jon Theodore, who lays down some fine beats. Since Villains was released, this song has been drilled into my head and I’ve been humming along to it almost every day — and I ain’t mad at it.
HONOURABLE QOTSA HITS (yeah i couldn’t think of a pun, sue me): I Appear Missing, The Sky Is Fallin’

THE first mainstream example of conscious hip-hop ever, The Furious Five had a big part to play in the future of hip-hop and rap music, directly and indirectly influencing everyone from Public Enemy and N.W.A to Kendrick Lamar and Run The Jewels. The Message was a big deal when it came out and, I’d argue, still a big deal today — tackling in powerful (but o-so-funky) detail the struggles of black living. Apart from this, the aggressive delivery from Melle Mel fits the theme of the song brilliantly and Grandmaster Flash’s electronic synth samples are comparable to Afrika Bambaataa, distincting themselves from the primarily disco and funk instrumentals of the time.

Though I am not at all keen on the garish video (big talk from the guy with the purple background, I know), OK Computer‘s boldest statement (a bold statement to make in itself) serves as the ultimate encompassing of Radiohead’s sounds found in their discography. The first part, ushered in with unnerving acoustic guitars and shaky percussion and seasoned with effects-laden guitar tomfoolery, is notable for Thom Yorke’s frighteningly dystopian lyrics and traumaed delivery. However, when the bass kicks in, the song takes a whole new level of awesome that makes go “oh, wait a sec, wow”. The acoustic guitars make the shift into eerie as the backing vocals get crazier. Then, like many a Radiohead track before it, Jonny Greenwood’s acid-drenched lead guitar kicks the hell in for the dirtiest solo and it’s the glorious. The song then lulls you to sleep, like a post-apocalyptic lullaby.

Probably the most poignant song on the list, as well as the inevitable RHCP pick, Venice Queen, as I’ve stated in our Top 25 Red Hot Chili Peppers Songs list (it’s gonna be linked, so you better read it), is one of my most emotional tracks to listen to, simply through a mixture of nostalgia, the subject matter and my own attachment to it. Split into two parts (ah, a trend), the opening half is pervaded with this light but melancholy lead guitar riff and vaguely poetic lyrics. However, the second half, with it’s rapid-fire drumming and acoustic balladery, is where the real heartstring-tugging lies, with Anthony singing directly to who the song was written about. *wipes tear* it’s a good song…
RHCPlease, these fellas were close but they ain’t gettin’ in (yeah i know it’s tenuous shut up): One Hot Minute, Turn It Again, Go Robot

Since writing my last list, I have become rather partial to a bit of industrial music, especially that of NIN, thus explaining why Closer has crept into my top three. Though apparently not a complete lust anthem, according to Trent Reznor, there are only so many ways you can interpreted naked models and the line “I want to fuck you like an animal” — sorry, Trent, I think you’ve written a lust anthem. Helping this theory is the absolutely filthy electronic samples on this thing, which layer over each other like some kind of bondage trifile. Despite all of this, however, it was one of the 90s biggest alternative hits, but, then again, it’s a total tune, so why not?

Despite the heavily edited version above (go seek out the full version, mate), this song more than deserves to be on this list, clocking in at a massive 14:45. Sure, it’s one of the whitest hip-hop songs ever, being basically written for the charts. However, it’s an absolute classic of the genre, and the first example of it in mainstream pop culture, so good on it. Of course, it’s instrumentally sound — biting greatly from Chic’s Good Times, a disco classic, and Incredible Bongo Band’s Apache, a must for anyone who’s into sampling. However, it’s the chill delivery and genius, if slightly novel, lyrics from all three rappers. Despite the undisputed and excellent progression of the genre since then, this remains my favourite rap song. Deal. With. It.

We gots some honourable mentions. You know it.

But the biggest thing wrong with my original list, however, was that it was written before I had heard Paranoid. Of course, being the grandaddies of heavy metal, a genre that does favour a longer song, Sabbath ain’t no stranger to an ironman of a track. With War Pigs, their magnum opus in my opinion, we are treated to everything great about the band — Bill’s raucous and fill-heavy drumming, Geezer’s wandering bass and potent lyricism, Tony’s masterful riffage and Ozzy’s dynamic vocal delivery — in one massive sitting. It’s what I’d call the perfect metal song without hesitation and, as such, deserves to top our list, no?
THESE TRACKS ARE GOOD BUT THEY LACK (SABBATH) THAT LIL’ SUMATSUM: Black Sabbath

Got some obscure mid-00s Swedish prog metal track that should be on the list? I don’t give a shit. Don’t @ me.