A Bug’s Life This Ain’t.

In the cavern of pretentiousness and self-congratulation that is Oscar season, there are always a few gems to be found and, with Lady Bird being nommed for Best Picture among others, this one wasn’t too tricky to excavate — but it sure is a diamond.

In the classic coming-of-age format, Lady Bird centers on the titular Christine “Lady Bird” McPherson as she navigates coming of age in the bland town of Sacramento in 2002. While you could argue that this sounds like a recipe for another f*cking teen movie about love and life and growing up and all THAT. BOLLOCKS., Lady Bird takes this formulaic formula and forms it into something formidable, especially in the landscape of independent classics, where I predict it might make itself comfortable. 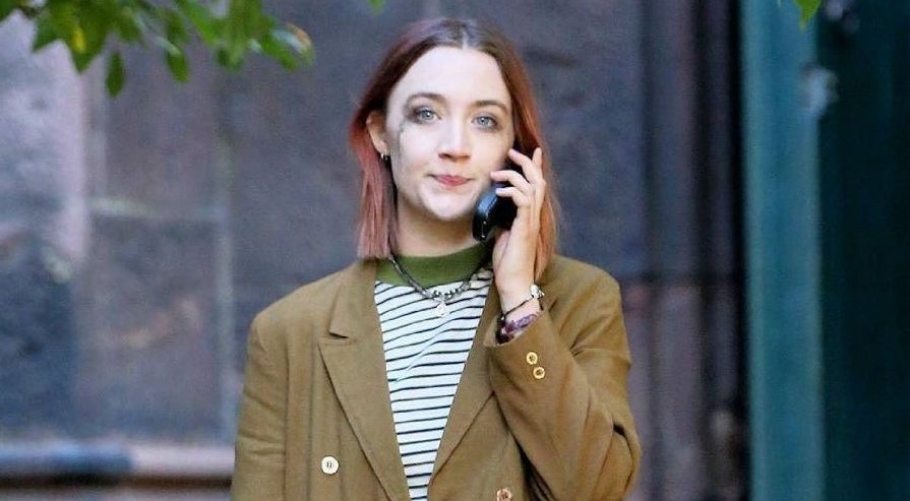 What do you mean I’m up for the same category as Meryl Streep?!?! Gaddammit…

Before we go any further, y’all should know that this is my favourite of the nominated films this year and, because it is a nominated film, I’ll probably be drawing a lot of comparisons with other noms, okay?
Well, the immediate aspect of the film that drew me to it initially was Saoirse Ronan’s title role, which is deservedly up for Best Actress. I’ve been a fan of Ronan since her turns in Atonement and Hanna, all the way up to her roles in Grand Budapest Hotel and Brooklyn which have given her a tremendous amount of traction, which is great to see of a young talent such as her. Her performance here is one of her best yet, as she brings charisma, emotion and loveability in equal parts — in a quirky little role that has benefitted from her experience with Wes Anderson for sure, as you can draw multiple parallels between her work here and there. Her on-screen chemistry with her supporting cast, such as Laurie Metcalf and Beanie Feldstein, is one of the many factors that elevate this to higher standard than most films in it’s genre.

Another one of these factors is the sharp and witty writing from Greta Gerwig, who also directs the flick. While of course being hilarious at points, the writing here has a certain charm and relatability that I haven’t seen matched in this year’s noms. The little conversations that take place here, rather than the big dramatic scenes, are really what give this film a level of depth and dimension to it, especially between Ronan and Feldstein.

In regards to her work as a director working on her mainstream debut, Gerwig triumphs for the most part. Her pacing here is excellent, particularly for such a comparatively short film (clocking in at 1hr 34min), as she tells a particularly long story, if told in real time. She also doesn’t fail to making it a visually stimulating one, working with DP Sam Levy, who used a summery palette of colours and dynamic use of lensing to create a memory-like effect.
However, if I had one main gripe with Lady Bird, it would be that, falling into that coming-of-age genre, it does fall victim to a number of plot clichés, such as the difficult mother-daughter relationship and the “I gotta find out who my true friends are”, which was a lil’ disappointing to see. That being said, the film dealed with such points with a fun kind of quirkiness and engagement that these are only minor faults in the grand scheme of things.

Overall, Greta Gerwig’s Lady Bird is one of the most interesting and entertaining films of the year so far. The writing and direction are ingenious and incorperate a healthy level of female empowerment weaved subtly yet noticeably into the plot, as well as Saoirse Ronan’s excellent lead performance, which just adds to the impressive catalogue for the actor.