Ah, my boi Jon Favreau — “the amiable, husky-framed actor with the tight, crinkly hair” (my favourite description on IMDb. However, when he ain’t starring in such big-budget cinematic masterpieces as Zookeeper and I Love You, Man, he’s directing ’em!
Indeed, with an eclectic mix of eight titles over his career in the chair, it’s always interesting to see what he’ll helm next; and whether or not it’ll be total garbage. With news of his Star Wars spin-off series, as well as just plain niceness, we’re looking at this sucka’s filmography from top to bottom – distinguishing the shit from the hit.

Fun fact! Too much swearing does not a funny movie make, as does too much Vince Vaughn. I watched this film specifically for this article and, boy, am I not watching that shit again, hard pass. The only thing this flick “made” is me very upset. There’s no distinguishable directorial style here, being Favreau’s debut, so it’s kinda weak from the directing perspective anyway. However, the writing and, in my opinion, overacting, comes off as insanely grating. The word “fuck” and it’s derivatives (including the word “buttfuckathon”, oh) are used a total of 291 times with the 1hr 35min runtime, and EVERY DAMN TIME. IT IS SCREAMED. IN A WHATEVER-VINCE-VAUGHN’S-GODDAMN-ACCENT-IS-VOICE-TIME-TO-STOP-VINCE-JESUS-WEPT. I mean I’m kinda glad I gave it a watch, made picking the bottom a lot easier. 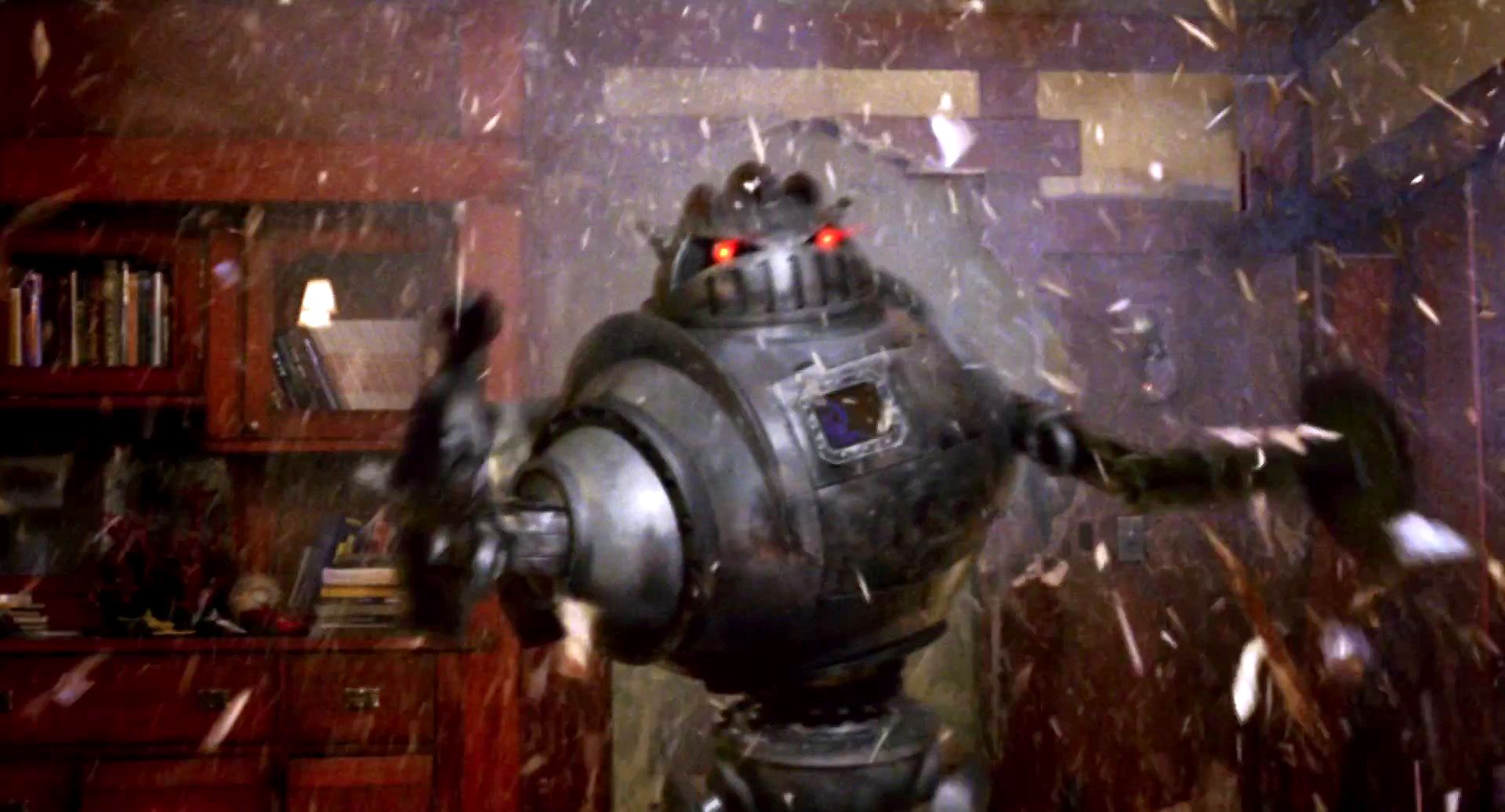 I’m kinda sad that this film is so low down. Very much a nostalgia trip for me, the ol’ rental copy of Zathura (which CeX won’t take because they suck) is one of the oldest DVDs in my collection (yes, I still get DVDs, Blu-Rays Blow-Ray (lucky Ray). However, upon a fresh rewatch, I can’t give this film a pass for its generic plot, that is *literally* Jumanji in space (it even says it on the box), and the sentimental writing. The two main leads are really unlikeable, in my opinion, with Josh Hutcherson and Jonah Bobo being written as the leads from Made — SO MUCH ARGUING FOR N O R E A S O N. I’ll give it points for being a fun one for kids, as well as nostalgia points (c’mon 00s CGI), but it sure doesn’t hold up.

What even happened in this film. I’ve seen it — multiple times. However, everything is just so forgettable that I, big surprise, forgot about it. It’s a weird concept fit for a B-movie and, maybe, with a different director and a pitiful budget, it would’ve been one of the greats. However, as a big-budget sci-fi bonanza, I lump this along with the Battleships and John Carters of the world; movies that elicit an “oh, yeah, that one”.

If I told you/I didn’t mind Iron Man 2/Would you still love me?

If that’s not a song, it will be. But the point remains. As an MCU fanboy, of sorts, I am still pretty keen on this flick, even if it defo falls in the back end of the MCU catalogue. As well as housing Robert Downey Jr.’s most despicable facial hair to date, I can admit that Iron Man 2 isn’t the most riveting or interesting of the superhero blockbusters – I mean, hell, I’m foggy as to what it’s about. However, it’s a fun movie with a lot of cool moments (back-to-back shooting will never not be cool), and a decent amount of AC/DC in the soundtrack. Sure, I’d be hard-stretched to watch it again, but it’s hardly the most painful watch.

Hey man, you seen Chef? Favreau’s second time getting sentimental with us, I’d say it really works — a whole lot better than Zathura at least. The plot isn’t the edgiest or inspired, but it’s successful in its romanticisation of family life — and presents a really nice story that’s fun to watch, even in its soppiness. Favreau’s got much more of a distinguishable style here, and, while the ensemble cast does just reek of “calling in favours”, the core performances from Favreau and John Leguizamo (prince of cats) play off each other well. It’s kind of a redundant film, maybe, and a bit of massive meme, but what’s so bad about that? 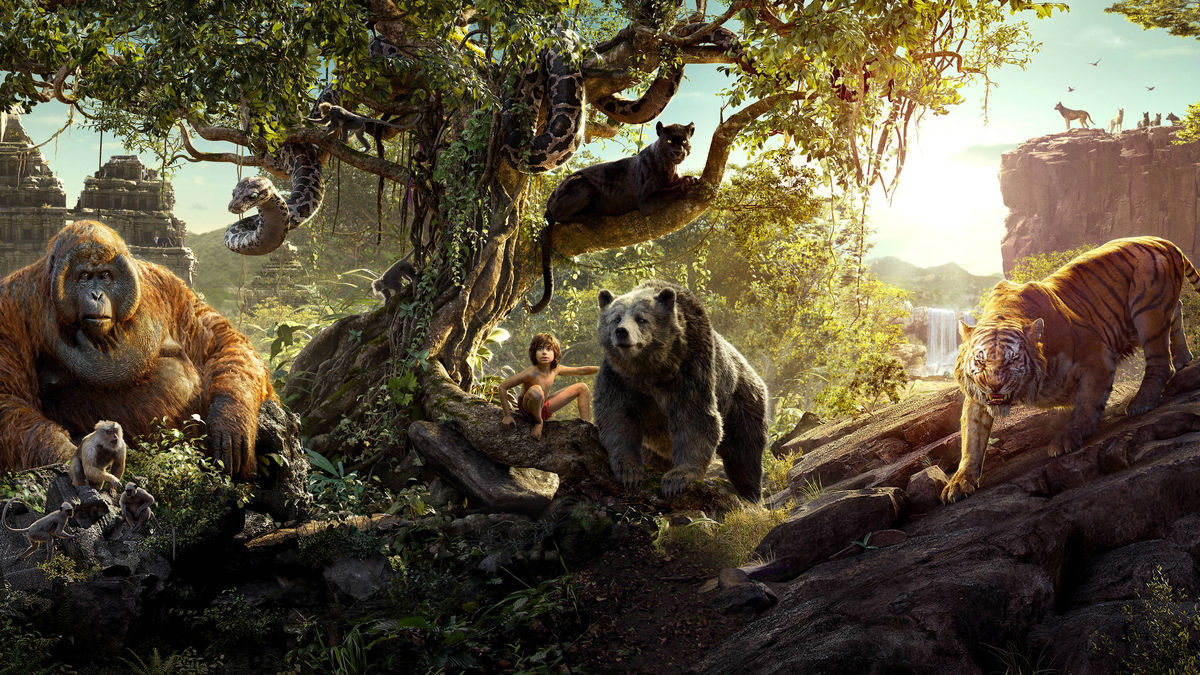 Lemme break summat down for a second — the oldest Disney film I’ve seen is Aladdin. Of course, this means I haven’t seen the OG Jungle Book, even if I know the story well enough to get a good bit of enjoyment outta this. However, I wasn’t actually expecting to enjoy it so much. It’s not one I’d go back to any time soon, but the performances from the all-star cast, including brilliant Bill Murray and Christopher Walken turns, as well as a great breakthrough from Neel Sethi. That said, it’s The Jungle Book‘s divine visuals that truly make it for me, with every shot being meticulously crafted, with some of the most wonderful CGI work I’ve seen.

7-year-old me literally pissed himself at this point.

The film that kicked off one of the biggest trends in recent cinematic history — the OG Iron Man film changed the landscape of cinema as we know it today. Without it, we wouldn’t have a new comic book movie every 3 months and, while some people aren’t keen on the genre, I absolutely love it. Regardless of this, Iron Man is a helluvan entertaining flick. Robert Downey Jr. gives a performance only he could give, the action comes thick and fast and the writing is razor-sharp. Sure, we have a wholly forgettable villain in Jeff Bridges’ Iron Monger (I had to look that up), but they were just finding their feet — and Favreau had a lot to do with that.

This isn’t really fair. There’s a reason there are no Christmas movies in hardly any of our normal articles, or in my Favourite Movies page — I love them with a bias that’s just not reliable, as a critic. That being said, it’d be unjust not to rank Elf at the top of Favreau’s filmography. It’s got a charming little visual style, with a lot of fantastical elements and a real Christmassy vibe, which is all down to Favreau. The performances here are also great, with Will Ferrell in a career-defining performance in the lead role. I mean it’s a Christmas movie — but it’s a great Christmas movie.

So, I think that’s a pretty definitive RANKEDing there. Honestly, if you have a better idea, keep it to yourself. Don’t @ me.