X Gon Give It To Ya… Again…

It’s no secret (just check out 2016’s Best Movies, mate); I loved Deadpool. My favourite comic book character since I was a kid, I had been anticipating his debut standalone for a very long time, especially the X-Men: Origins‘ debacle. When it finally came, I was ecstatic, and I saw it, and I was even more ecstatic; it’s brilliant. The character was transferred wonderfully thanks to its knife-sharp writing and Ryan Reynold’s kickass performance. It has since reigned as my favourite superhero movie of all time (suck it, Dark Knight). The announcement of a sequel was hardly surprising — it’s the second highest-grossing R-rated movie of all time — but it was a question of whether or not it was gonna be any good. Since the movie, however, there has been an influx in Deadpoolness everywhere, a saturation of the market, if you will.

Despite this, I was hopeful. Deadpool is hard to beat, so more of the same would go down a treat. After all, it’s the ‘Pool.

What is this? 8 Mile? (© Marvel Entertainment)

Following on from the last instalment, the Merc is happy with Vanessa, basically continuing where the prelude of Deadpool left off. However, after a tragic chain of events leaves the invincible anti-hero suicidal, he finds a new lease of life in banding together a group of misfits to help a young mutant boy from a dangerous path. All the while being stalked by the brutal cyber-bastard, Cable.

As I’ve said EVERY DAMN TIME I mention this movie, Ryan Reynolds simply shines here, in a role that will most likely define his career, with passion and accuracy beaming out of his witty performance. Unlike Robert Downey Jr.’s Tony Stark, for some people at least (REUBEN), Reynolds stays likeable throughout the runtime, and is consistently wisecracking, exactly as if the character leapt from the page to the screen. However, when he went all Darkman and got his disfigured face all up in the drama, I didn’t really buy him as much; he should undoubtedly stick to the lighter stuff.

Supporting him, we have old favourites from the previous film, with T.J. Miller (ew), Leslie Uggams (Roots) and Karan Soni (Safety Not Guaranteed) all returning to their respective roles. Considering Miller’s recent controversies, it’s unsurprising to see his screentime cut dramatically from the first film, but it’s good, for the film’s sake, to see him return in a minimal capacity. As with Deadpool, Uggams’ Blind Al wins the Comeau (he knows everybody) Award for Best Supporting Character, providing some great laughs, even simply down to the sheer bewilderment of her character being included.

We’ve also got fresh faces in the form of Julian Dennison (Hunt For The Wilderpeople), Zazie Beetz (Atlanta) and Josh Brolin (No Country For Old Men, Sicario, Avengers: Infinity War), as Firefist, Domino and Cable, respectively. After impressing me in Wilderpeople, I was highly anticipating to see what the young New Zealand native could do in this film. To my disappointment, however, I found that the characters were basically identical, with this iteration being more brattish and annoying. I do hope he can avoid a typecast, but it’s not looking like it right now.
I was more than happy with Beetz’s portrayal, however, as she, while not delivering the same brilliance as she does on Atlanta, gives us a great, if criminally underused, supporting character. I only hope we can see more of her in Deadpool 3. Of course, Josh Brolin’s no-nonsense cyborg Cable, while not completely new ground for the actor, was a fine watch. I mean I like Josh Brolin, and he was just being Josh Brolin. I’m happy with it. 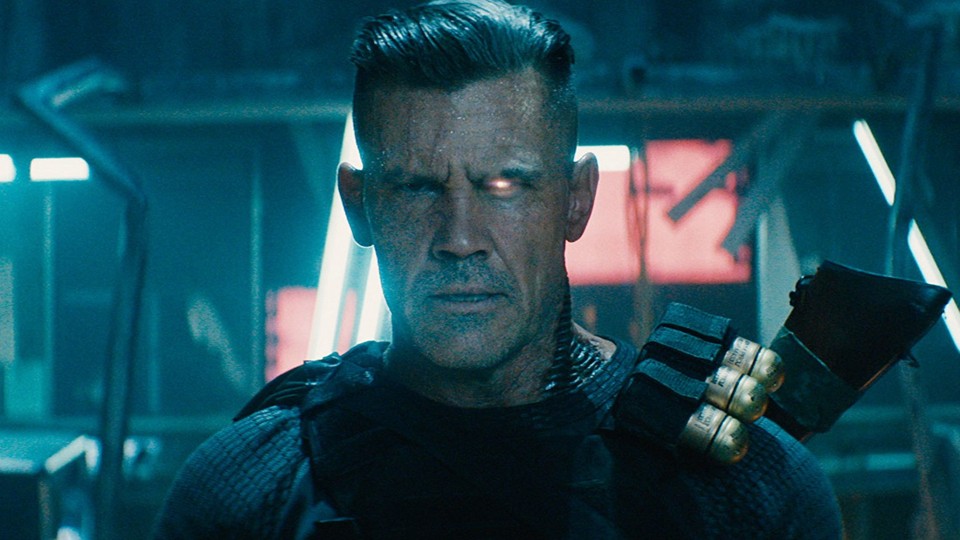 One of the strongest factors of the original film was its ability to conjure up these hilarious one-liners and fourth-wall-breaking moments that completely set it apart from anything else in the genre. With Deadpool 2, these suckas are more than present, but lack the punch of the first instalment. There are plenty of brilliant moments in this film, with many echoing the original, but also a few that serve a bit of variety (see Rob Delaney’s brilliant “Peter” cameo and the mid-credits scene). I love the type of humour in this film, but it’s where the writers deviate from their formula that will lead to the franchise’s continuing and lasting success, at least critically.

And, being an R-rated superhero action flick, you’d expect a fine bit of action, which it delivers. We’ve got mindless gore and CGI fighting galore, with a nice bit of comedy mixed in at points. While it could be argued that being greeted with similarly choreographed martial-arts-esque fight scenes and similarly heavy gunplay is samey and uninspired, you kinda know what you’re going into with Deadpool 2, and you get it in spades. It’s the same argument you could pull for any of these comic book movies, but I’m still gonna line lup to see them and love them. If it ain’t your deal, you’re not gonna like — but it’s my deal, dawg.

Overall, with Deadpool 2, you get what you are looking for, don’t you worry. Reynolds rings in another wonderful performance, with a solid supporting cast aided by the welcome additions of Josh Brolin and Zazie Beetz. The comedy and action, while pretty much unchanging, remains entertaining and, while Julian Dennison underwhelmed me, the plot kept things at a good pace, allowing for all your favourite Deadpoolisms to live and breathe. A great addition to a great franchise, even if it doesn’t live up to the lofty heights of its predecessor.