Often the best movies are those that initially fly under the radar, only to be revived by the love of the fans — true devotion!

For me, a cult movie is one that, despite a sense of indie and a sense of quirkiness, garners a massive, undying fan base — a film that is so endlessly quotable there are people out there who can recite it word-for-word. While Rocky Horror is, of course, the ultimate example of this, I’m saving that lil’ beaut’ for later. That said, Spinal Tap is also a perfect cult film. A brilliantly bonkers soundtrack, with songs like Sex Farm (tryna raise some hard love, of course) and Big Bottom, and truly some of the most iconic moments and quotes ever put to screen — seriously.

This classic also deserves some love though. One of the most oddball films I’ve ever seen, the humour on Napoleon Dynamite relies almost solely on the deadpan performances from the cast, all of whom are brilliant. I love the stitched-together aesthetic of the story, as well, although it can be disorienting for some viewers. However, I think, fans and foes alike, we can all come together and appreciate the Canned Heat scene.

Tongan Ninja (2002) – A film I will forever associate with Reuben, as he both introduced it to me and is reminiscent of the production quality, this kung-fu spoof is, like Deathgasm, just pure dumb fun-ness. Endlessly quoteable, this is the foundation upon which inside jokes are built.

The Big Lebowski (1998) – Of course, it’d be a crime to talk about cult movies without mentioning the movie with an actual cult. As an ordained priest of Dudeism, I can of course speak of the benefits of accepting the Dudist philosophy into my life. However, I could more aptly spend this last sentence saying how this movie basically defines the term “cult” — cus it does. 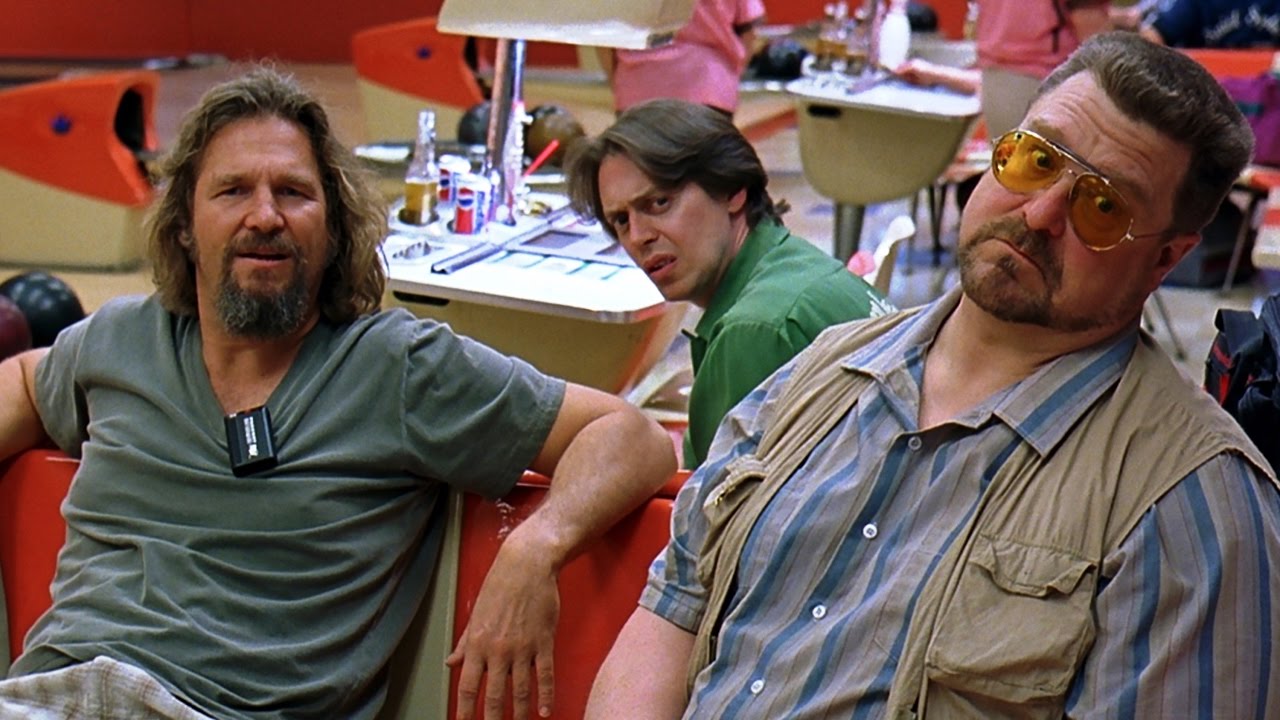 This is the cult movie. Isn’t it? If not it damn well should be. Winning the prestigious Stuff and That honour of Best Movie I Didn’t See the First Time in 2017’s Best Thangs of the Year (better than an Oscar, that one), The Big Lebowski is the most cool, chilled, watchable thing on Earth – quite a bit moreso than The Nice Guys, and I love that thing. Nothing much particularly happens in it, and that’s the beauty of this Coen brothers flick: it’s all about the characters, and that subtle comedy writing. Both qualities are about the strongest I’ve ever seen in a film, as El Duderino and the gang just kinda do stuff.

I thought I’d give this the honour too. Milo is literally a God for showing me this film, I swear. Set in an apocalyptic neo-Tokyo with a unique art-style and incredible, flowing animation, this film is a real eye feast as the lights and explosions splash onto the screen. This flick also gives us a truly intriguing, mind-bending story with an atmospheric soundtrack like no other.

There’s a bunch of other great cult movies, too. Napoleon Dynamite (2004), for it’s unbothered, weird-ass comedy is right up there. Wes Anderson’s Moonrise Kingdom (2012) also stands as one of the strongest, being in my opinion his best movie to date with a wonderful concoction of quirky comedy and romanticism. And finally, this section wouldn’t be complete without the mention of the legendary Tenacious D and the Pick of Destiny (2006), one of our go-to stupid films. Seriously, if you ever think, “I wonder what Reuben and Milo doing?”, we’re probably watching Tenacious D and eating Skittles.

Heathers would never have been made today. It is not difficult to imagine why, given its themes of sexual assault and high school suicides. But the satire gains its cult status for good reason, not just for Winona Ryder and Christian Slater’s pitch-perfect performances, but its incisive probe into youth troubles and defiance with morbid humour.

This comedy would make my top ten favourite film list easily; Richard E Grant does a standout performance that has gone down in history as one of the greatest tragi-comic characters ever. It has a very British sense of humour which is quite dark in places, which I love, it is also full of highly quotable dialogue. 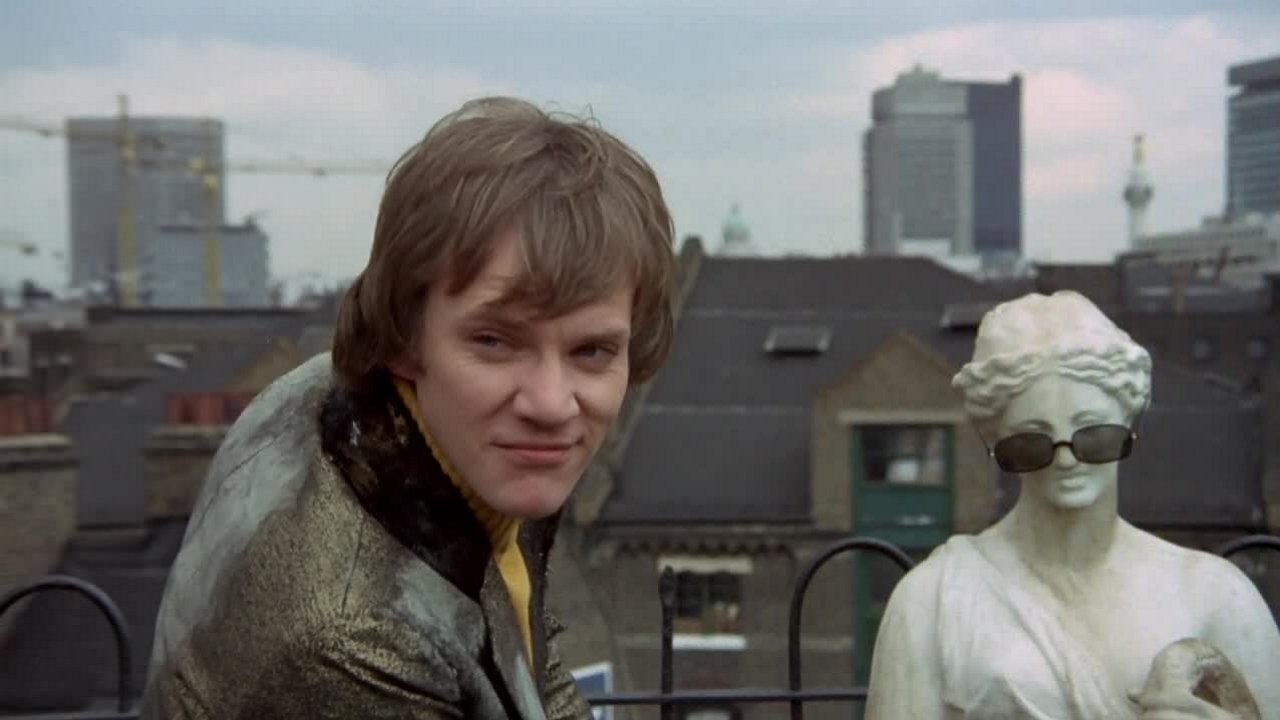 Cult movies should freak you out. They should be unpredictable and unlike any mainstream version of the same topics. So, O’ Lucky Man, a musical (sort of), a sequel (sort of), and a sci-fi adventure (sort of) about vivisection, travelling salesmen, hippy life in London and the Soho underbelly.

The Ninth Configuration (1980) – I do love a movie set in an asylum, it gives the cast such rich opportunities to chew the scenery, with the ever-present horror of incarceration. Madcap ideas (“I am punishing the atoms”), comic peripherals (“a production of Hamlet cast entirely with Dogs”) and double takes (patients dressed as doctors, crucified astronauts and the inevitable arrival of Killer Kane). There’s so much going on in The Ninth Configuration and its gothic setting. Thank the Foot it got made at all.

Romeo is Bleeding (1993) – A sweaty, messy 90s film noir with plot holes and cartoon accents, Romeo is Bleeding is not considered a classic by many. But if you’re in the mood to see Gary Oldman lose it as the bent copper who is trying to get away clean with his beautiful wife, it’s a thrilling ride. You root for Oldman despite his weakness for his mistress Juliette Lewis and the irresistibly sexy lady-death of crime Lena Olin. It’s all ferris wheel chases and legs around necks until the self-imposed heartbreaker of an ending.

Clerks (1994) – The well from which an entire cinematic universe has risen. Black and white, funded with credit cards, Jay and Silent Bob deal us that first hit of View Askew and launch the career of one of the biggest hearts in the movie game. Kevin Smith has made many unique and rewarding movies outside of the approved system since Clerks. However, this is his Wonderwall, his Born To Run, his Bohemian Rhapsody. Snootchie Bootchies.

Repo Man (1984) – An Iggy Pop theme tune and Harry Dean Stanton playing the badass title character is almost enough to make the list on its own. Add cheese special effects and a street-smart crime plot to boot and I’m in. Emilio Estevez plays the LA Punk who gets mixed up in a life of low crime and illegal aliens in this classic from the man who brought you Sid And Nancy.