Ah the 70s, the decade of disco, heavy metal and Nixon — let’s just focus on the music though…

Okay, along with SOAD’s Toxicity, this is the best metal album of all time — and it was one of the first. With this, their SECOND LEGENDARY RELEASE WITHIN A YEAR, Sabbath honed and perfected a genre that had only existed for 7 months. Ozzy’s voice has never sounded better, as it’s before he completely melted his brain with all the drugs, Tony’s at his riff-writing best, churning out classics like Paranoid as FILLER TRACKS, Geezer’s basslines are running all over the place and he wrote a little set of lyrics called Iron Man, and Bill? BILL?! Just listen to Rat Salad and tell me he isn’t one of the greatest stickmen of all time. PLUS, War Pigs is probably in my top ten songs ever written — and therefore is unequivocably amazing.

Bat Out Of Hell – Meat Loaf (1977) – THISSSSSS. Funnily enough, hanging around in the grungy elitist circles that I do (Reuben), I don’t get a lot of support for my love of the Loaf but I can’t help it — this classic in wagnerian ROCK is the kind of internationally best-selling album I can get behind. Jim Steinman’s a master lyricist, crafting the best in 50s throwback stories, while Sir. Loaf himself has the pipes of a demon, the infamous yin to Bonnie Tyler’s yang.

One Nation Under A Groove – Funkadelic (1978) – So wide you can’t get around it, so low you can’t get under it, so high you can’t get over it. An album that oozes funk like nothing else, George Clinton’s P-funk magnum opus is 45 minutes of pure grooves. It works as a political manifesto, from a party that represents partying.

The Rise And Fall Of Ziggy Stardust and The Spiders From Mars – David Bowie (1972) – One of my top concept albums ever, this chronicling of an androygnous bisexual alien rockstar is an engaging and vivid story told by Bowie at the top of his game. Every track on here is an absolute tune, and are cemented in the singer’s legacy forever.

Hunky Dory – David Bowie (1971) – Now, you may have gathered that I follow the “one artist per pick/list” rule pretty closely. However, today I was faced with a choice I couldn’t decide. So, seeing that I had an extra pick, I had to go for this, David Bowie’s *other* greatest album. While less decadent than his Ziggy record, his sublime songwriting and lyricism is just wonderful — it’s pure romanticised beauty.

Another Led Zep album winning an award? Oo, spicy. It’s because they were the kings of their time, and also because Led Zeppelin III, as my personal favourite album of theirs, has been my most listened to album this year and it’s quickly been moving up my list of favourite albums ever. The band’s most dynamic record, it’s got the perfect mix of their calmer, more intimate side with wonderful flowing songs like That’s the Way, and their classic, trademark hard rock sound, with awesomeness like The Immigrant Song. It’s a rollercoaster of emotion and energy, showcasing one of the most talented bands of all time on probably their best form.

Black Sabbath – Black Sabbath (1970) – This album was the start of metal, and for that we should all be eternally grateful. It’s dark, sinister and creepy each to the highest degree, as Iommi and co. nailed the atmosphere and tone of their music, whilst putting out brilliant tracks like the haunting opening track and The Wizard, which I sometimes call my favourite Sabbath song.

Black Sabbath – Paranoid (1970) – Although not quite on terms with its predecessor in terms of atmosphere and consistency of tone, Paranoid is overflowing with classic songs from the opening War Pigs to the closing Fairies Wear Boots (this boi’s got it all) and stands as a shining beacon for all of metal to this day.

Led Zeppelin – Led Zeppelin IV (1971) – Oh boi, another Led Zeppelin album, eh? Although I personally think the previous album has more songs of the highest quality, this fourth effort by the band is seen by so many as their magnum opus, and even the greatest album of all time, and that is for very good reason. Black Dog? Tick. Stairway to Heaven? Tick. Yea. Boi.

Black Sabbath – Master of Reality (1971) – Probably the coolest album of all time, Iommi and co. take you on a ride to the smoky depths of hell, birthing sludge metal along the way with the greatest slow groovers and the most distortion you’re ever gonna hear, ranging from the cannabis drenched Sweet Leaf to the unstoppable stompathon that is Lord of This World. 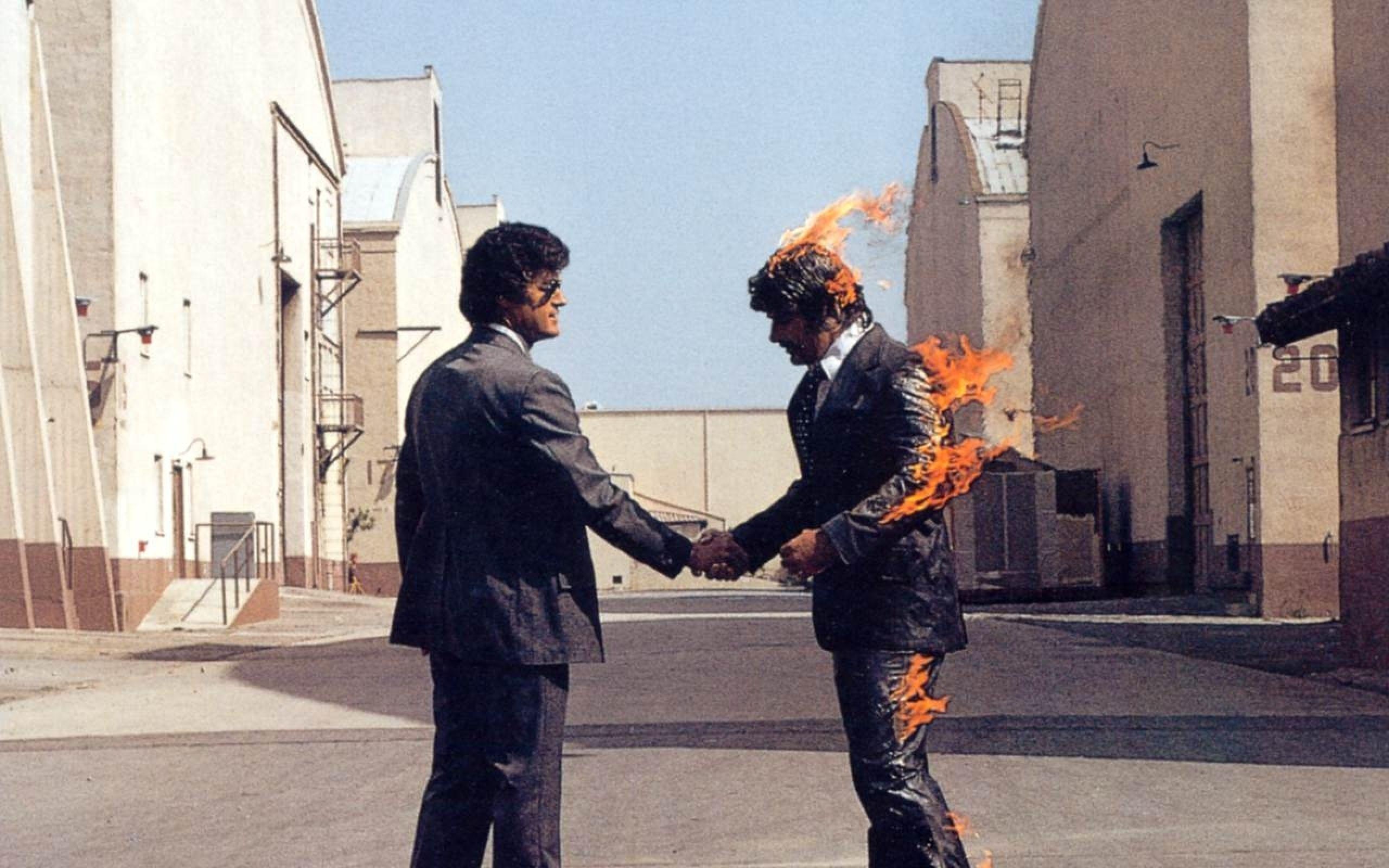 When it comes to concept albums, no one tells a better story than Alice Cooper with Welcome to my Nightmare. His theatrical release may be deemed tacky by some. Yet there is no denying the brilliance in the gothic arrangements and varied sounds that encapsulates the titular nightmares. And there is no talking about the 70s without mentioning Queen, whose Sheer Heart Attack comes close to faultless.

Eight songs (well, seven and a bit) in 34 minutes of precision-engineered, genre-defining heavy metal. There’s instrumental experimentation, there’s crushing riffs and there’s radio friendly choruses. Children of the Grave, Into The Void and Sweet Leaf all in the same half hour. \m/

Hunky Dory – David Bowie (1971) – The record that turned me on to Bowie. It’s such a quality ride. From the big guns opening of Changes and Oh You Pretty Things, through the Kooks and songs for Bob Dylan and Andy Warhol, to that awesome sleaze rock of Queen Bitch. To call it Hunky Dory is an understatement.

London Calling – The Clash (1979) – The first big punk rock epic album, The Clash gave themselves a huge deep back catalogue with album number three. The title track, Lost In The Supermarket, Train In Vain, Clampdown and The Guns Of Brixton, meant punk was now an adventurous attitude, not just a sound.

Easter – Patti Smith Group (1978) – The crazed abandon with which Patti takes on words, ideas, religion and convention on Easter makes for a hell of a ride. Listen to the way Babelogue segues into Rock And Roll Nigger. Space Monkey and the big hit single can also be found on Easter.

2112 – Rush (1976) – The only prog rock record you will ever need. It’s absurd and it’s absurdly well played. Side one is one long histrionic Sci-Fi tale told to blistering heavy rock and lunatic time changes. Side two has five of the most seventies-sounding rock songs imaginable. You just know they’re all wearing capes. 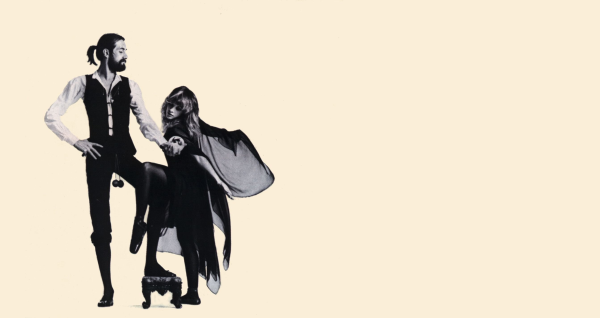