There’s a sequel in my reboot!

Oh it’s all happening again, lads — semi-frequent content! I know, I know. The amount of grit, determination and sheer power surging through my veins right now is overwhelming. Ah, what a rush! And as if that’s not all! This one’s kinda relevant, and not just the cheap excuse for landfill that MMM was and always will be (love it really though). As I fritter through the Glasto footage, seeing Kylie seranaded by a goth slug, I focus my sights on reviewing one of the most oddly under-hyped movies of the year so far in Toy Story 4.

Indeedly, despite capping off what very well may be the most widely-lauded animated franchise of all-time, the anticipation for Toy Story 4 has been somewhat muted, at least in my circles, and not unlike any other Pixar movie. Perhaps this could be chocked down to how perfect the last instalment wrapped everything up, leaving this feeling more like a spin-off than anything else. 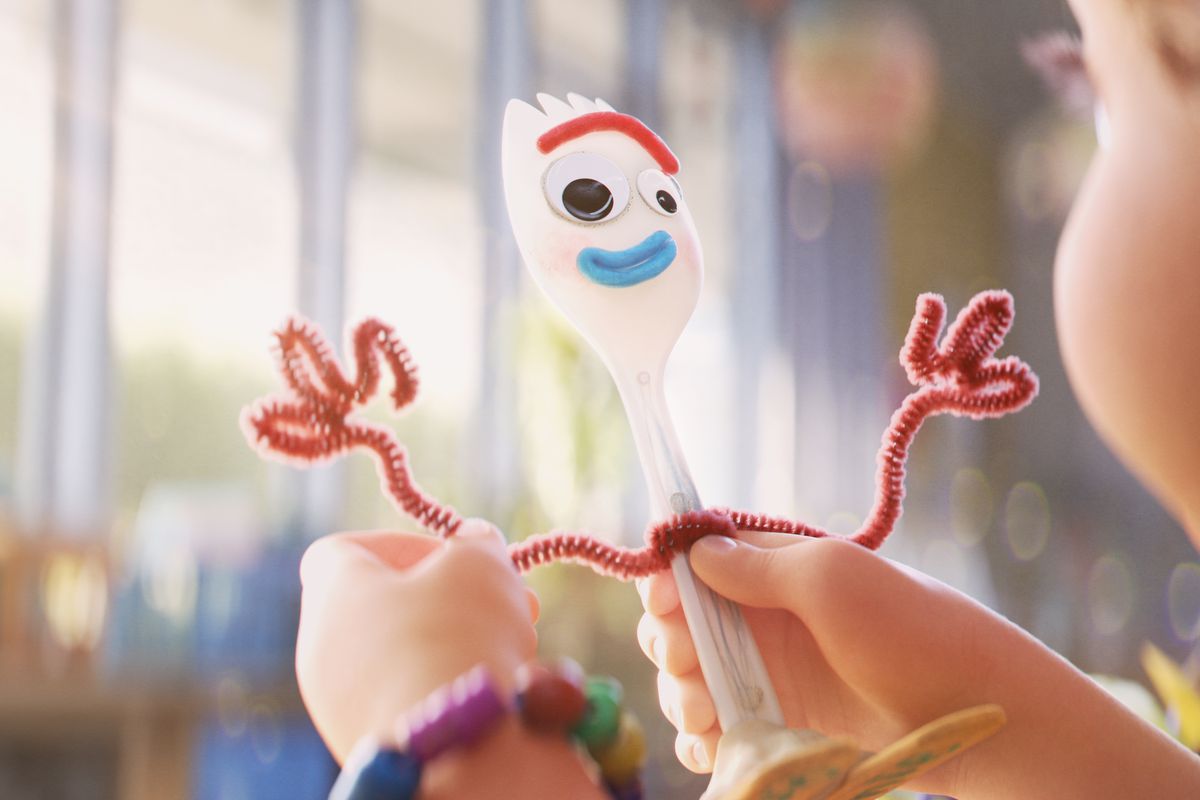 Nothing makes me wanna stab this lil’ guy into my jugular more than the multiple “forked up” puns I’m seeing right now.

After the events of the third movie, Woody *and the gang* are firmly part of their new kid, Bonnie,’s toy box. During a difficult day at kindergarden, Bonnie makes a new toy, Forky, out of a plastic spork, who becomes sentient and causes, you guessed, mischief, mayhem and the absolute highest of jinks. As these complete mAd scenes ensue, Woody is reunited with a newly *shiny* (nice one on the graphics, bois) Bo Peep, as well as meeting some new faces, while they try to, in truest Toy Story fashion, reach Bonnie before she leaves without them.
Despite the pure drama I instilled that synopsis with, Toy Story 4 substantially reduces the stakes from the last film — I mean the only way you could match them is with a full death, and this ain’t Up — which makes for a significantly more light-hearted, if somewhat redundant, experience. The sheer magic of Toy Story 3 does go against anything that makes Toy Story 4 feel, for lack of a better word, needed. With Pixar finally seeming to come back to form, I would’ve much rather have seen this story under a different setting, letting Toy Story go at 3 was, in my opinion, the better option.

That said, there’s nothing here to suggest that Toy Story 4 doesn’t work as a great movie. The performances are as colourful and endearing as ever, with Tom Hanks and Tim Allen’s chemistry as the two leads being unmistakable, even almost 25 years later. It was also great to see Annie Potts back as Bo Peep, a character that was somewhat missed from the previous installments, as well as Tony Hale, Christina Hendricks, Keanu Reeves and Key & Peele all bringing their talents to the table. However, with all these new characters to explore, it’s undeniable that the film struggles to distribute screen time to other, more established characters, therefore distancing itself even further from the other films.
That said, the film’s writing is as playful as ever, packing that famous Disney-level whimsy into a story as fondly recognisable as its iconic theme tune. Of course, if you’ve seen a Pixar film, and you have seen a Pixar film who are we kidding, you’ll be familiar with the brand of relatively safe but, at points, irresistibly silly humour that pervades through the film, as well as the massive beating heart that had even old dead-heart here swallowing a lump in the throat. 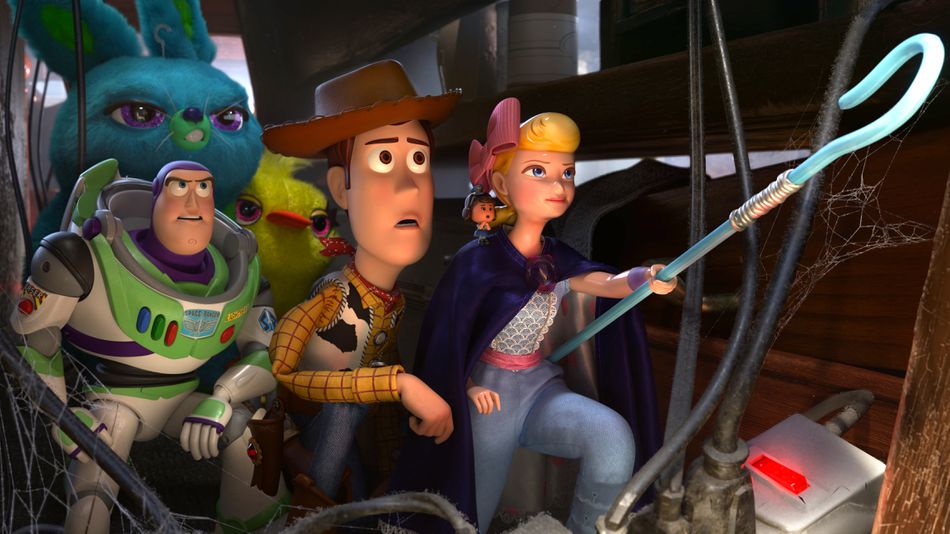 Honestly, the goddamn extension lead is a nightmare.

Aesthetically, however, it’s like they never left. As the technical horizons become broader, Pixar, as a forerunner in the industry, apply the most stunning techniques to keep their films on the cutting edge. Particularly, as much of the film took place in an old antique shop, the detail in the setting was immense, with the animators raiding old prop files to populate the shelves and create that really immersive cluttered atmosphere. This is also true of the lighting effects, especially in a particular scene involving chandeliers, which had me speechless at points. The texturing in the film was an odd one, however, as, notably, Bo Peep was more realistically porcelain here, unlike her mid-90s counterpart. While every character in this film has had a touch-up over the years, the instant shift in the technology for Bo made her quite a distracting and unrecognisable character, to an extent.

Overall, Toy Story 4, while quite comfortably my least favourite of the franchise, keep Pixar on the steady up-and-up after a middling start to the decade. Though not particularly ground-breaking, the film is packed with genuinely funny and heart-touching moments, which is exactly what we were all looking for at the end of the day, eh? Of course, the argument that there was no need for a Toy Story 4 is strong and well-made, and it’s far from the studio’s more classic works, but who could truthfully say more Toy Story is a bad thing?