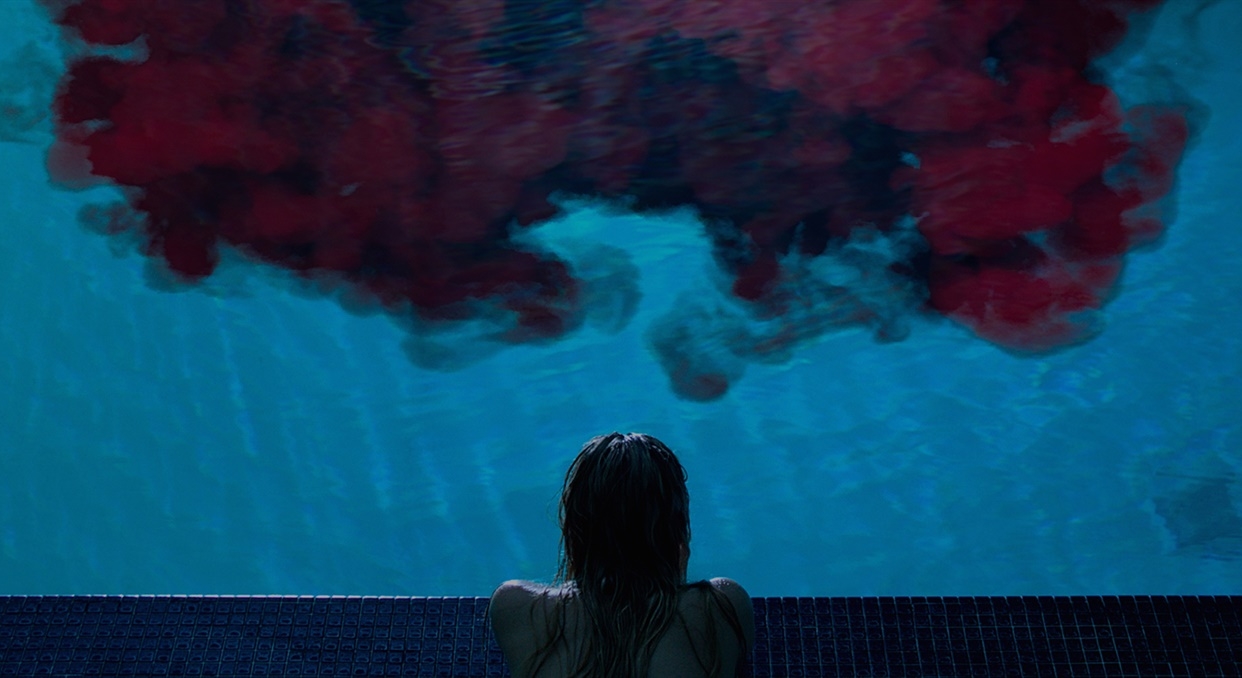 Pros – won’t get chased by weird demons, get to wear cool silver ring
Cons – vampire might like the taste of you

Yo, this be Reuben. I may be a bit of a novice when it comes to the genre but I’ve been getting more into horror recently, and this was the latest I watched. A couple of beaming recommendations and a fiver in CEX, what could go wrong? Not much, you’d think.

Rocking up at 10th place in Milo’s top ten horror movies last Halloween, I was expecting quality, and that’s what I got. Directed by David Robert Mitchell, It Follows is stylistic, fresh, and well-executed horror. Set in Detroit, it follows (ha, puns) the story of Jay, a 19-year-old girl who has sex with a bloke, only to realise this particular bloke has passed a horrible curse of something rather onto her. Essentially, the crux of the plot is that because she’s had sex with this guy, she’s got this supernatural entity of some sort following her wherever she goes, and the only way she can supposedly shake it off is by doing it with another guy so he can be chased around by it instead.

It’s an interesting plot-line. It’s one that’s simple enough as to be accessible, but it also works in that it provides the foundations to be built from with your foreboding scary malarkey. It all gets rather intense and, although it could have been scarier at points, the suspense that Mitchell manages to build here is impressive. One more thing that certainly works well for the plot is that it’s vague enough so that that mystery element can really develop, and contribute to the atmosphere to the film as that suspense builds — which make seemingly innocuous moments like this a bit damn spooky:

KILL IT BURN IT GET RID OF IT

Also contributing to that suspenseful atmosphere is the acting cast. This was Bailey Spry’s debut feature length appearance, and in the lead role as Jay, she puts forward a very impressive performance, which should point towards more than has been suggested by the fact that the only other thing she’s appeared in since is Behind the Walls — check out that 3.7/10 rating on IMDb, bravo. I can’t pick fault at any of the other performances either, so that’s good.

As for the content of the film, it doesn’t ever get hella scary, or indeed extremely gruesome. I’ve seen more effective horror, but in terms of the gore element, any more than it does have would be unnecessary — as it is, there’s a smart nuance which makes It Follows feel far more intelligent, and fresh, than your average horror romp. It’s that aforementioned suspense that really pulls the strings, so there’s no need to rely on jump-scares or lacerated limbs (beyond the odd leg-break, whoops). Alongside the intriguing plot-line, the sound direction and cinematography help to really push that suspense; huge pounding bass pervades the most intimidating scenes, while the panning, intense and claustrophobic camerawork is a very interesting take.

However, one of my gripes with the movie lies with the sound direction, too. Aside from bass drops and the like the majority of the film runs through synth-heavy tracks akin to something like Stranger Things, and whilst this works to an extent as a nostalgic nod to horrors of times passed, a big part of me also feels it’s inconsistent with the tone of the movie.

Going back to the characters in the film, too, It Follows really neglects character development, with even Jay only really growing as a character when she’s being forced to when followed by “it”. Then with the rest of her jolly pals, I’d be hard-pressed to even name them — so hard, in fact, I can’t. Sure, there’s a chemistry gelling them together through the acting performances, and it’s not written badly by any stretch, but I feel like more interesting characters could really elevate this film to another level.

Finally, while the plot’s strong for the reasons I’ve gone on about, it does NOT end how I wanted it to. I mean, okay, maybe it’s intentional, and perhaps understandable when one of the genres for it listed on IMDb is “mystery”, but still, I don’t think the way it ends does the rest of the movie justice at all, and it leaves a bad taste afterwards.

Still, it’s a quality flick. Rolling in at 1-hour-40-minutes, it’s concise considering today’s standards. Sure, the ending is poor, and the characters have little to them, but that far from totally takes away from how well-executed a film this really is. It Follows is an intelligent, intriguing and refreshing take on the horror genre, and while not the best there is on offer, it comes easily recommendable to anyone looking for a scare or two.