Rock is the genre. It’s THE genre. I think, through all our differences, we can all agree that rock is ROCK.

Rage Against The Machine (Hard Rock)

I MEAN. I. MEAN. Never before has the first listen impact been as destructive and all-consuming as when I first heard Battle of Los Angeles a few years back and, then I realised, that was LIKE THEIR WORST ALBUM — if one of your worser albums has Testify, Sleep Now In The Fire and Guerrilla Radio, you’re not doing too bad. However, when the first explosion of Bombtrack hit me, and the rest of that debut was to follow, I knew my top ten bands were having an addition. It was a perfect storm of instrumental amazingness, lyrical genius, political turmoil and overwhelming anger — not to be fucked with.

Nirvana (Grunge) – I mean, if you’re talking about perfect storms, you can’t miss out on all of the unlikely factors that buried hair metal in the ripped denim of the Seattle sound. While Soundgarden were undoubtedly the heart of the movement, everyone knows that we wouldn’t even give a shit without Kurt screaming about the safety of darkness. With Grohl on the skins and Krist’s always ominous grooves, you had the best rhythm section since Bill and Geezer. Nirvana were, depending on who you ask, a defining band or a deafening band — why can’t you have both?

The White Stripes (Garage Rock) – Jack White is, aside from a guitar mastermind, a marketing genius. This Detroit band’s image is one of the most striking yet simple in rock canon — red, black and white. With that, they burned themselves into our memories, with help from Meg’s trogladytic timekeeping and more iconic riffs that you could fit in a LEGO box.

David Bowie (Classic Rock) – It’s unfair to categorise Bowie as “classic rock” because, in all honesty, he’s dabbled in more genres than anyone else, whether it’s pioneering glam, experimenting with industrial (thanks Trent…), pervading art pop or pushing the boundaries electronically. The only consistent with this true icon is that, over his almost 50 year career, he’s had classic after classic after classic. So classic rock it is.

The Jimi Hendrix Experience (Psychedelic Rock) – I think everyone who has ever picked up a guitar past the year 1970 has something to owe to Jimi Hendrix. I mean there’s a reason Rolling Stone collectively ejaculates if someone mentions Purple Haze. The creative monolith that he was, Hendrix wrote some of the best songs of his era, whether it’s a hard rocker or softer tune, but was supported by a fine band — MITCH MITCHELL IS ONE OF THE BEST DRUMMERS EVER, MATE.

Seeing as there’s a bunch of subgenres littering and I’m a rockboi who can’t ignore the biguns, I’m splitting this into separate categories for your reading pleasure, boi oh boi.

Led Zeppelin are the ultimate rock band. Back when rock ruled the world, it was Robert Plant on the microphone, it was Jimmy Page’s riffs that defined it. Have a read of my soppy Ode to ’em which describes it.

Next up, in a new, completely different age of music, Clutch pretty much stand as the genre’s flagbearers. I’d like to think that Neil Fallon, in all his grizzly, bearded awesomeness, is the poster boy of rock right now — or at least he should be, (I (MILO) AM NOT HAVING THAT). Clutch’s music is loud, it’s riff-tacular, it’s the best, most intense rock music of the moment and I cannot wait to see them live in December.

Probably the largest subgenre of rock, spawned from the sweaty backstreets of Seattle, grunge was HUGE. We’ve all heard the Smells Like Teen Spirits, the Even Flows, the Black Hole Suns. The Black Hole Suns, actually, are by Soundgarden, the greatest band of the scene. They melded together their metallic roots drenched in chugging power chords with the energy of the Seattle scene and its romanticism and melancholy, as Chris Cornell’s screams defined a generation of rockers and his lyrics connected to the hearts of millions. 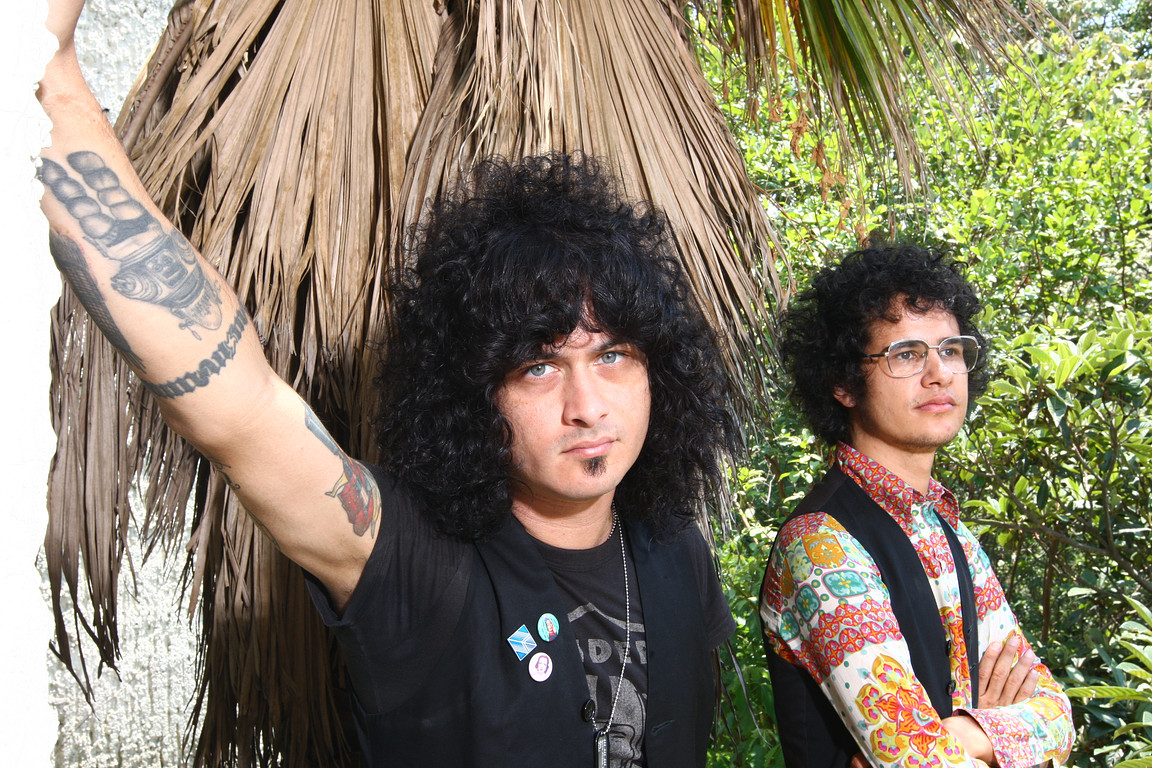 The kings of modern prog rock, The Mars Volta are a band I have sung praises for on so many occasions already. They’re one of those bands that just keep on giving, as every time I listen to them there seems to be something new that I notice, some new intricacy that makes the music that bit better, while every single time I listen to it, it is equally as effective and powerful as the first time. There is no band quite like The Mars Volta.

Another monarch of the new age of prog rock, Porcupine Tree never garnered the attention they deserved, and I feel if they came around when prog was at its peak back in the 70s, they could have been as big as Floyd. Beastly song lengths, perfect build-ups and pay-offs and some of the greatest atmosphere, melodies and emotional potency I’ve heard in music fill Porcupine Tree’s far-ranging catalog. The last gang in town. Our only decent teacher. The only band that matters. And you know what? They had some really good songs. Punk would not have evolved to absorb so much other culture without The Clash. We miss ya Joe.

Pearl Jam – The seismic event of my music fandom was seeing this band in an Essex pub play a stadium show for 200 people in 1991. Pearl Jam have never let me down… and I had tickets for the O2 show they just cancelled.

Tom Waits – He started making cool retro blues and jazz, then he flipped out and started barking into tin cans and playing shellac records backwards in the cellars of haunted farm houses. Both are good. Both are great. When he wants to croon a ballad, he’ll break your heart too.

The Hold Steady – Lyrics like a drunk laying out a conspiracy theory in a series of graphic novels, CF does a unique thing in the songs of THS. Koob brings riffs like he’s a living classic rock compilation album. This band had to look like regular dudes because, if they’d have looked like they sound, they’d have been too much to handle.

Radiohead – If you’re going to go ‘off the reservation’ into a land of experimental envelope pushing it helps if you made some of the very best records of all that went before. The Bends and OK Computer will win converts for as long as there are record players. A Moon Shaped Pool and The King Of Limbs will fascinate seekers for quite some time.

5 thoughts on “SAT500: Best Rock/Alternative Artist Of All Time”