I don’t recall knowing what Solomon Kane was a while back. But now I do, because I watched it. It’s alright.

Being an idiotic teenager, I am easily pleased by the good ol’ ridiculous violence and overwhelming amounts of fake blood when it comes to films — or even games. As expected, this film is filled to the bloody core with it, and as it is well choreographed, visually impressive and with bloody amounts of blood, it’s great, as bloody action goes. 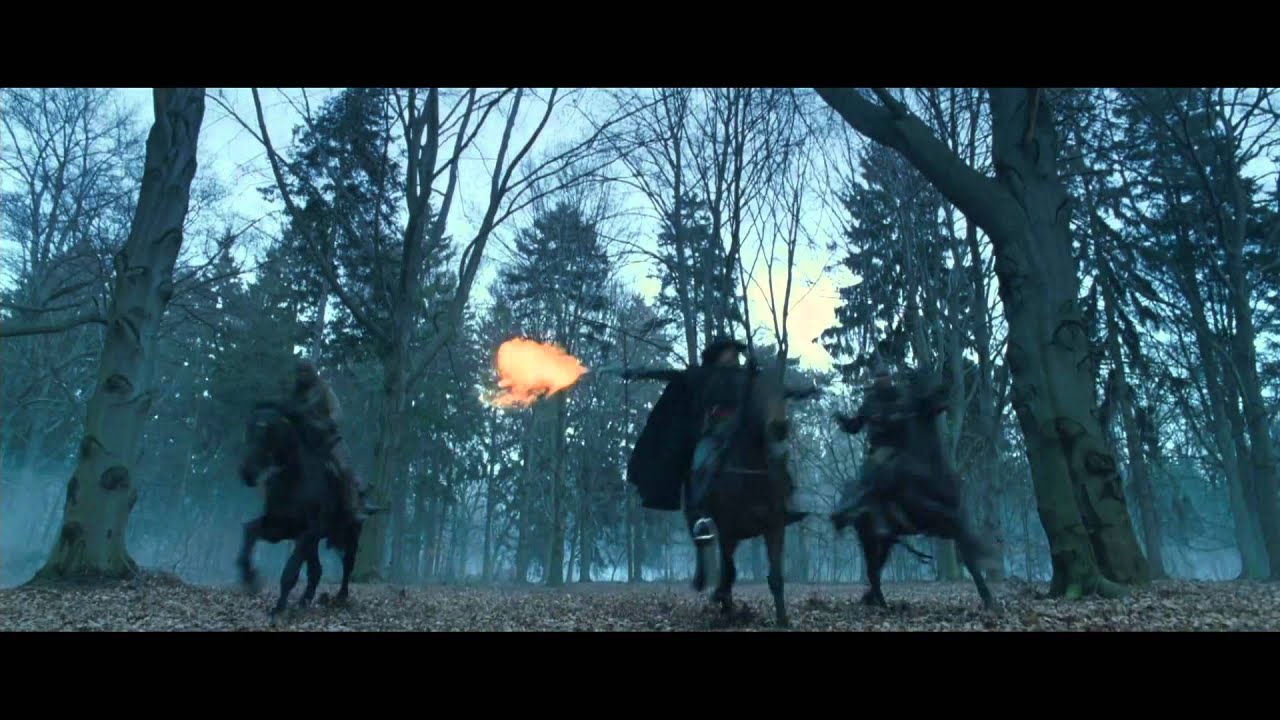 This was a cool shot… In two ways!

Nonetheless, it’s by far the best thing the film has to offer. A slightly cheesy script, some hammy performances and a definitely-not-influenced-by-The-Lord-of-the-Rings plot mean Solomon Kane’s not exactly a work of genius. However, I happened to like the 1600’s west country setting, which is fittingly gloomy and pays homage to the cider drinking farmers’ land — even though Axemouth Castle unfortunately does not exist. I forgive ’em for that though, because I don’t really care about that nitty gritty stuff; especially considering all the great villain designs.

The cheesiness is a bit of a problem though, and a lot of the performances are indeed hammy, as the film also doesn’t try that much that’s new. Even if there is some great action in a good setting Solomon Kane has its fair share of flaws and isn’t one for the ages. For a teenage boy like me it is enjoyable for what it is, but, I think I’ve made my point.