SAT500: Best Guitarist Of All Time

Forever the favourite stringed instrument — guitarists are cool, this is a fact. The coolest? Well, FIND OUT SUCKA. 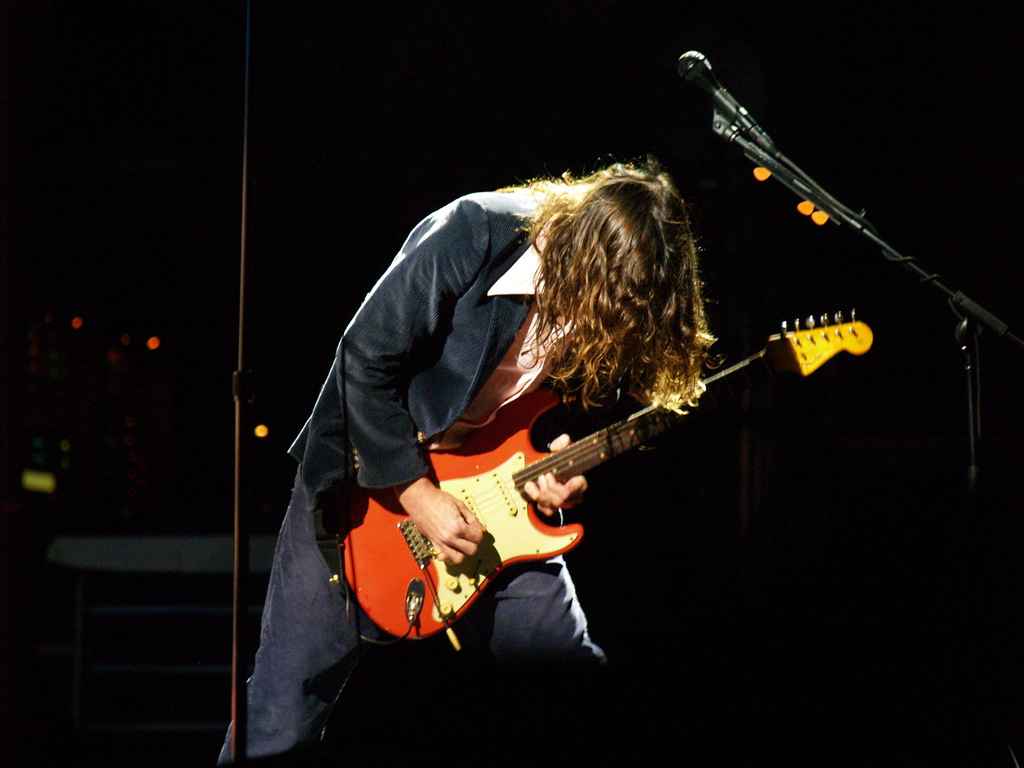 All things considered, guitars are still a mystery to me, generally. I’ve had a couple of gos at learning but I just can’t wrapped my head around it (or be assed enough to practice). That said, I cannot tell you how much John has opened these secrets up to me through his mastery of the instrument. His pure, loose strumming patterns, seen in songs like Under The Bridge and The Past Recedes, pair up wonderfully with the intricate picking of something like Snow or Dosed. He gives the guitar an element of magic that I’ve never heard replicated by even the most legendary players.

Tom Morello – Rage Against The Machine/Audioslave – I mean, what do you get if you combined the riff-power of the past with the experimentation of the future? You get Tom Morello, the one-man Marshall stack with a mission: to get fists pumping at protests and rock shows. Know Your Enemy, Bombtrack, Revelations, Cochise, Testify, Sleep Now In The Fire and, of course, Bulls On Parade — this guy’s written the bombastic guitar lines of the last three decades — and that’s a fact.

Jimi Hendrix – The Jimi Hendrix Experience/Solo – You simply can’t talk about guitarists without talking about Hendrix. The never-aging grandfather of modern rock music and guitar-playing, the stuff Jimi did with the six-string broke boundaries. Left-hander playing a right-handing guitar? Done. Teeth, behind the back? Sorted. Set on fire? Sure. And that’s just his performance. He made his guitar sing as much as he did, with soul and grace. He was out of our realm and that’s why he had to leave us so early.

Omar Rodriguez-Lopez – The Mars Volta/At The Drive-In – I have Rubs to thank for introducing me to this madman. Along with his partner-in-crime, Cedric Bixlar-Zavala, Omar made the fuzz-drenching, acid-toned chaos of At The Drive-In echo from live show to recording, Relationship of Command heralding in the new millenium with hardcore rage. If this isn’t enough, his work with the Volta bends the imagination in many a contortion, his strings like barbed wire jetting out our collective headphones.

I think this guy will forever be my favourite guitarist. A true thinking man and music’s best workaholic, he knows how to do an acid-drenched power chord or two (Relationship of Command, mate, it can get HEAVY), an eclectic riff that sounds like its being played by three guitarists at once, and his guitar solos are above those of any other. The Mars Volta’s Amputechture, in my opinion, is the greatest guitar album of all time, and his guitar solo in Luciforms is my favourite of all time. His use of dissonants and his overall unorthodox playing style is fantastic, and when he plays like a normal guitarist, he blows most of them out of the water.

John Frusciante – Red Hot Chili Peppers/Solo/The Mars Volta – The maker of my second favourite guitar solo of all time, in Turn it Again, Frusciante will always be up there for me. He manages to sprinkle loveliness with intricate chord progressions all over the shop, but he also knows how to absolutely SHRED. He’s the heart and soul of most good Red Hot Chili Peppers music, and the way he bounces off Omar in The Mars Volta is truly a thing to be heard to be believed.

Jimi Hendrix – The Jimi Hendrix Experience – I haven’t been listening to his music for that long, per say, but I’ve always known Hendrix and he is considered the guitar god he is because he was absolutely incredible. He pioneered so many styles, and as their first explorer he was immense at all of them — plus, guitar solos with his teeth —- HIS TEETH.

Jimmy Page – Led Zeppelin – The man on guitar in the greatest rock n’ roll band of all time deserves a mention here, and a very honourable one at that. As I said before, his guitar playing can be as beautiful as it is colossal, as he mastered both the acoustic and electric guitar. Something that makes him special, too, is that he’s never been a show off; sure, he’s been known to play a double necked guitar or two but flashy guitar solos are few and far between in his catalog — and that’s fine, because everything he does has so much intricacy and skill.

Tony Iommi – Black Sabbath – It was a tough decision to leave Tom Morello out, but I simply had to give the Sabbath guitarsmith the nod here. It was his innovation that created metal guitarwork as we know it today and it’s his riffs, solos and just general awesomeness on the instrument that have lasted in the memory for so long. 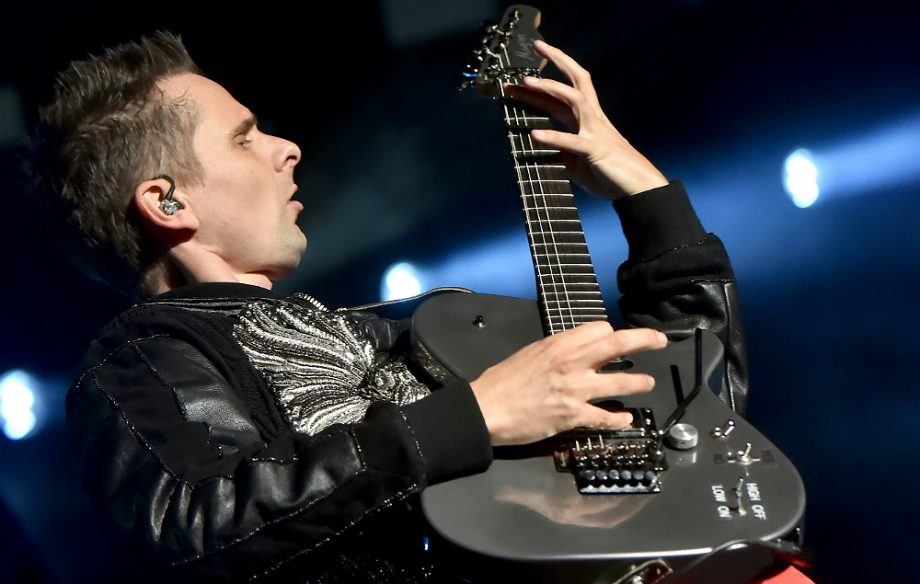 It’s not so much that nobody plays guitar like Tad, the love comes from the feeling that Tad can play guitar like everybody you love – sometimes all at once. He’s got a classic rock sound that owes a lot to Jimmy Page, while being a sort of garage rock-feeling guy like he’s in The Replacements. And yet his dexterity is 80s metal chops like Randy Rhoades or Eddie Van Halen matched with a punk attitude that Steve Cook or Mick Jones would dig. He also played my favourite guitar solo ever on The Hold Steady’s Most People Are DJs.

Johnny Marr – The Smiths – How Soon Is Now, Hand In Glove and Panic were all his. Dashboard and We Share The Same Skies too. Johnny Marr may be the poppiest guitarist on this list but he’s probably the most diverse too. The way he can wring any sound or any style from any era from a six-string is beguiling. The man is a living rock and roll machine. Just look at that list of bands he was in when he wasn’t in The Smiths, and then look at the fact he was the only guitarist in The Smiths.

Slash – Guns N’ Roses – Watching Saul Hudson play guitar, it’s amazing how he makes his Les Paul look like the most natural extension of a human body. Music pours out of Slash if strings are within reach of his fingers. He’s a Hendrix/Zoso hybrid made by playing records backwards with lit candles either side of the turntable. Hail Hudson.

PJ Harvey – Peej plays guitar as instinctually and creatively as she sings. Listen to her thrash it out on 4 Track Demos or go big rock shapes on Stories From The City, she’s the bees.

Tony Iommi – Black Sabbath – The industrial “accident” that lead to the invention of this type of music is legend. Iommi cut his fingertips off so he could invent heavy metal. He is Iron Man.

At the risk of being obvious, this Zeppelin fan here hails Jimmy Page as the best guitarist. There is no denying his visible, infectious passion for his craft that has inspired many. The man is also responsible for reinventing blues and folk classics into Led Zeppelin’s own distinctive tracks.

7 thoughts on “SAT500: Best Guitarist Of All Time”