Heyo! For some, cherished cinematic memories are ellicited when they hear the words “There’s no place like home”. For others, it’s “Now I have a machine gun, ho ho ho”. Three guesses who we’re targeting here.

For me, the Wachowski’s debut magnum opus is one of the best movies ever made. The level of sheer style and fierce originality (even it “shamelessly ripped off” some shit on a clickbait article I didn’t read) on show here is simply staggering, and it continues to hold up, be terrifyingly relevant (despite the Nokia bricks) and enjoyable to this day. Taking away all of this, however, and we’re still left with one of the most kung-fu-filled, explosive, gunplay-heavy, action-packed movies of all time and I watch the HELL out of it whenever I can.

I’d also like to give big love to this — Rambo’s first outing. Almost the complete opposite of The Matrix, this gritty, grainy survival story is the best in the genre and, I think (controversially), Sly’s best film. Endlessly quotable (“Don’t push it or I’ll give you a war you won’t believe” *chills*), we get everything we love about an 80s action flick without the overblownness of it all (looking at you, ALL OTHER RAMBO FILMS). It’s just so cool. It just is.

Kill Bill (2003/4) – Yeah, I’m lumpin’ ’em both together; sue me. The Bride’s bloody revenge tale is one of the most gleefully gory yet super stylish as only Tarantino can do.

Dredd (2012) – One of the best comic-book adaptations of a rightfully beloved character, we’ve got a punishing, bloody and yet visually stunning Raid-esque punch-up.

The Dark Knight (2008) – A widely beloved superhero, crime, drama, thriller (for many, the best in each of those genres), Heath Ledger’s legendary Joker, as well as Nolan’s stunning direction, gives this film all the cinematic credit it deserves. Meanwhile, Christian Bale kicks the shit into a bucketload of nasty bastids as the titular vigilante.

This is the badboi award I saved for Raiders of the Lost Ark. An absolute bona fide classic, the first Indiana Jones movie is the landmark action-adventure movie and the icon it is for a reason. Fronted by one of the most charismatic performances ever by a youthful Harrison Ford, this film is chock-full of brilliantly choreographed action and it’s a journey that I really find myself immersed in as a viewer – boulder chases, melting Nazis, this thing’s got it all.

The Dark Knight Rises (2012) – Consider Raiders the true winner of this category, but I also want to give a few others the honour. This finale of Christopher Nolan’s Batman trilogy is brutal, straight to the point and almost, quite literally, back breaking. It’s been a looooong time since I’ve seen it, but I remember it being INTENSE. And that’s always good.

Skyfall (2012) – I haven’t exactly seen every 007 flick, but Skyfall is my personal favourite. It does play copycat of The Dark Knight a little bit but that is no bad thing whatsoever. Daniel Craig is on top form as Bond and the action is fantastic throughout, as he battles against Javier Bardem’s awesomely sinister villain. There’s just so much going on in this Bond flick and it’s a masterstroke.

Pirates of the Caribbean: The Curse of the Black Pearl (2003) – Another king of the action-adventure genre, this is one of the funnest, most rewatchable movies of all time. It’s effortlessly silly and I can never get enough of these scalawags’ adventures here. 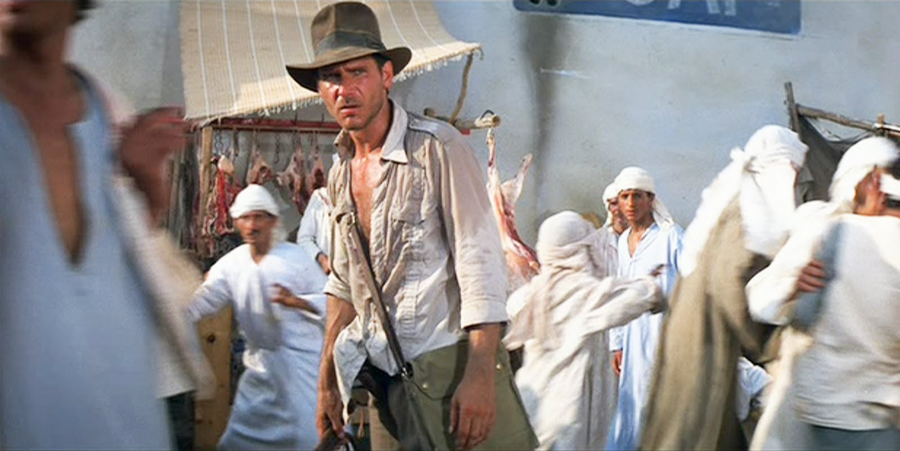 This is what Bond should be, this right here is James Bond at his very best, sure Skyfall is also rather good, but the casino setting, the brutal action sequences, young Daniel Craig, Mads Mikkelsen as the villain, Eva Green, the slick direction – everything falls into place and I truly love this film.

Mad Max: Fury Road (2015): If you’ve seen this film then I don’t need to say anything to defend this movie’s place on this list, if you haven’t then what are you doing here?

Raiders of the Lost Ark (1981): I love all three of the Indiana Jones films (sorry, what fourth film?) and this one is the best. It is just. So. Much. Fun. It’s pretty hard to beat. 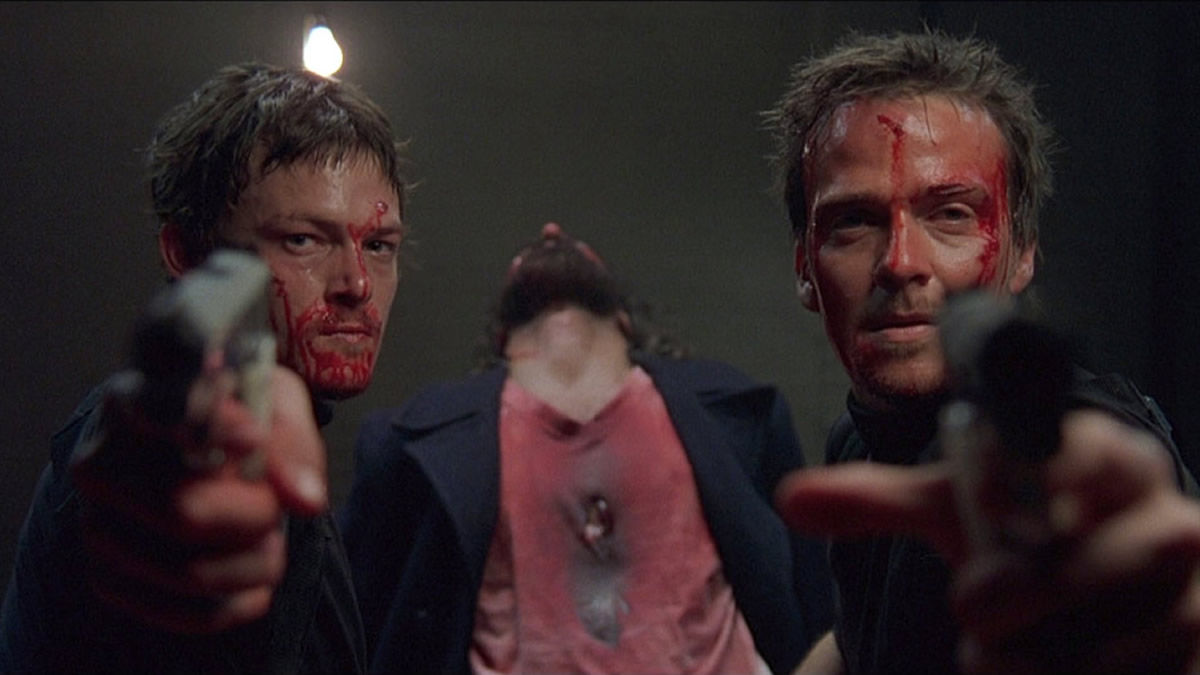 The best action movies are the most risible ones. Wanted (2008), Crank (2006), Punisher: War Zone (2008) – these are the most fun one can ever have in the cinema. If I had to pick one, it would have to be the wildly entertaining Boondock Saints, with mantras to share – “People in glass houses sink ships”.

Dirty vest and no shoes vs sharp suit and machine guns. Bruce Willis plays the action genre at its own game by not being a muscle man or a cowboy or an adventurer. He’s just a regular guy (well, a regular cop) dragged in to a high-rise plot involving European villains, high explosives and a new spin on the Christmas movie. I can’t hear ‘ho ho ho’ without thinking ‘now I have a machine gun’.

Reservoir Dogs (1992) – A cool set-up for a budget crime caper written to perform within its own boundaries, Reservoir Dogs supersedes all the other movies it’s referencing. Tarantino’s debut film has got sharp looks, a great cast and all the director’s signature moves down pat from the beginning. It’s thrilling stuff.

Wonder Woman (2017) – Probably the newest true classic we’ve had. I predict Wonder Woman will still be delighting audiences in 30 years’ time. This film can stand alongside Superman: The Movie, Star Wars and Ghostbusters as a family favourite that works on its own without the moves of the universe builders to keep it upright. Gal Gadot is incredible and her supporting cast all allow her the space to majestically lead while being engaging and likable themselves.

The Matrix (1999) – In hindsight, it’s hard to focus on how much The Matrix changed action cinema. Nothing looked like it when Keanu and his chums came kung-fu kicking through dial up modems dressed like sexy goths — everything else looked exactly like it for 15 years after. The Matrix had a clever, timely plot, incredible visuals and cutting-edge technology on its side in 1999. If only they’d left it at just the one movie.

Hellboy (2004) – Before the MCU and before the Gloomy DC-verse, comic-book movies were a hard sell. Hellboy did things right with Ron Pearlman playing the demon as if he were Tom Waits meets The Hulk. Del Toro lays his incredible style all over Big Red’s world and that clockwork nazi villain is just superb.

Keep on with us as we explore more of the Best Thangs Of All Time!